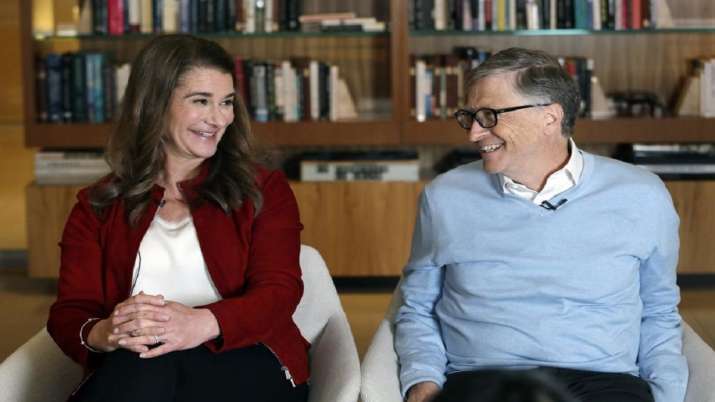 It was a healthy year for big gifts to charitable causes in 2021, a year that saw one of the largest multi billion-dollar contributions in more than a decade, according to a Chronicle of Philanthropy tally.

The power philanthropists Bill Gates and Melinda French Gates announced in May that they were divorcing and then gave a jaw-dropping $15 billion to their foundation in July. The money will bolster its endowment and support the grant maker’s work in global health, development, policy and advocacy, and U.S. education well into the future.

The gift increased the grant maker’s endowment to about $65 billion and is the Gateses’ biggest infusion of money into the foundation since 2000, when they transferred Microsoft stock then valued at $20 million.

When they announced this year’s gift, the two philanthropists indicated they planned to continue running the foundation together for the time being but announced through the foundation that if after two years either one of them decides not to work together, then French Gates will resign as co-chair and trustee.

Regardless, the philanthropists made clear in two new Giving Pledge letters that they both intend to keep giving big in the years ahead.

French Gates wrote that she will continue to support efforts to fight poverty and “advance equality for women and girls and other marginalized groups.” Gates wrote in his Giving Pledge letter that the work of the foundation will continue to be his “top philanthropic priority” and that he plans to increase his giving in other areas like “mitigating climate change and tackling Alzheimer’s.”

Nonprofits that focus on those causes are likely to reap big rewards, given that Bill Gates’s net worth is pegged at about $137 billion and Melinda French Gates’s at $6 billion.

Meanwhile, Nike co-founder Phil Knight and his wife, Penny’s, $500 million contribution to the University of Oregon tied for second place on the list. The gift will be used to expand the Phil and Penny Knight Campus for Accelerating Scientific Impact and follows a $500 million donation the Knights gave to launch the science campus in 2016. The Knight Campus aims to speed up the process of transforming new scientific discoveries into medical treatments and other developments to improve people’s lives.

Phil Knight, whose net worth stands at about $60 billion, earned a bachelor’s degree in business from the university in 1959. The couple have given the university a total of at least $1.6 billion to date.

Also tied for No. 2 is a $500 million challenge pledge the financier George Soros made through his Open Society Foundations to Bard College for its endowment. The pledge aims to persuade other donors to back the college’s effort to raise $1 billion over the next five years.

College officials announced in April that the pledge had already helped them raise $250 million from other donors. Soros, whose net worth is pegged at $8.6 billion, founded Soros Fund Management, a New York firm that manages hedge funds.

Next on the list is a $480 million donation to Northwestern University from Patrick Ryan, founder of Ryan Specialty Group, an insurance services company, and his wife, Shirley. The Ryans, whose net worth stands at close to $8 billion, gave the money to their alma mater for a variety of programs.

The money will back education and research efforts in applied microeconomics, business, digital medicine, global health, neuroscience, and translational research programs at the university’s Feinberg School of Medicine. A portion of the gift will also pay for building projects.

The Chronicle’s annual top 10 list of the largest gifts announced by individuals or their foundations totaled more than $18.1 billion in 2021. (The 2021 list actually includes 11 donations because of ties.) The contributions on the 2021 list went primarily to well-established institutions. Eight of the 11 gifts are from billionaires whose cumulative wealth totals $426.3 billion.

The Chronicle of Philanthropy’s Top 10 List of Biggest Gifts:

2. (tie) Philip Knight, co-founder of Nike, and his wife, Penny gave $500 million to University of Oregon to expand the Phil and Penny Knight Campus for Accelerating Scientific Impact

4. Patrick Ryan, founder of Ryan Specialty Group, an insurance services company, and his wife, Shirley gave $480 million to Northwestern University for a variety of programs

7. William Goodwin Jr., a real-estate developer, his wife, Alice, and their late son, Hunter, gave $250 million to establish Break Through Cancer, a foundation that will support cancer research