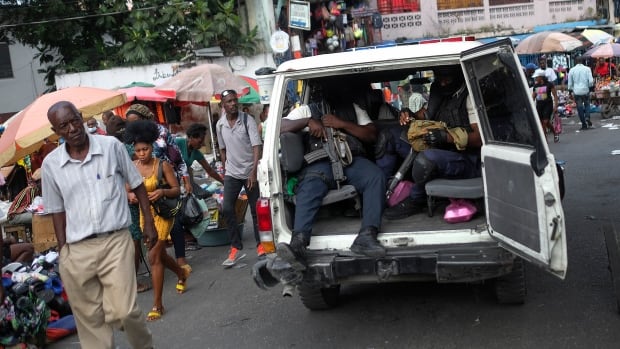 Two journalists in Haiti were killed Thursday on the outskirts of Port-au-Prince after suspected gang members opened fire on a group of reporters who had arrived to interview the leader of a rival gang, according to a police official and local media.

The two journalists were Amady John Wesley, who worked for the Montreal-based radio station Écoute FM, and local reporter Wilguens Louissaint, according to a Haitian police official who spoke on condition of anonymity.

Ecoute FM confirmed Wesley’s death in a statement, describing the killing as a “criminal and barbaric act.”

A third journalist in the group was able to escape the attack, the police official said.

Multiple gangs are fighting for control of the area of Laboule 12, where the killings took place.