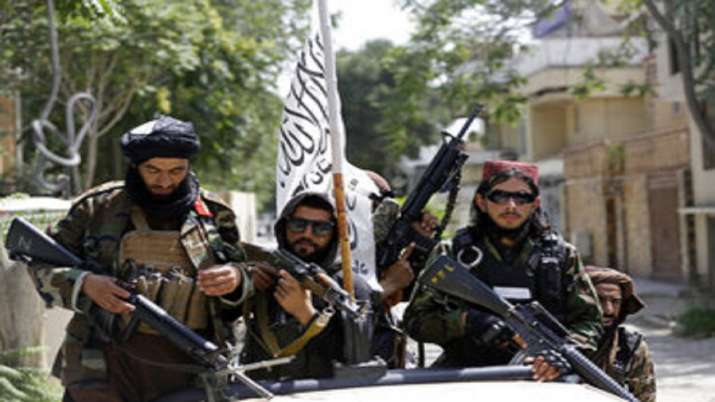 For Afghanistan, 2021 was punctuated by the chaos of a US withdrawal and an uncertain next chapter. The Taliban, who were unseated as the country’s rulers by a US- led coalition after the 9/11 attacks 20 years ago, could not be stopped by a collapsing Afghan military and Western-backed government that fled. They quickly took power back in mid-August- asked, The Associated Press has revealed, by former President Hamid Karzai to help keep Kabul from falling into chaos and deadly violence.

Four months into Taliban rule, Afghanistan is facing a looming economic meltdown and humanitarian catastrophe. Billions of dollars’ worth of the country’s assets abroad, mostly in the U.S., have been frozen and international funding to the country has ceased.

The world is waiting before extending any formal recognition to the new rulers in Kabul, wary the Taliban could impose a similarly harsh regime as when they were in power 20 years ago- despite their assurances to the contrary.

The Taliban urge patience but some signs are worrisome:

For instance, girls are not allowed to attend high school in most provinces, and though women have returned to their jobs in much of the health care sector, many female civil servants have been barred from coming to work.

However, security has improved under the Taliban, following their crackdown on crime, and humanitarian organizations say they can now reach parts of the country that were previously no-go areas.

Here, Associated Press reporters who covered the Taliban’s lightning sweep across the country and the subsequent fallout reflect on the story and their own experiences.

This last year has been a particularly tumultuous one. It began really with the announcement by President (Joe) Biden that the last of the U.S. soldiers and NATO’s soldiers would leave Afghanistan, but I’m not sure that anyone thought that it would result in such chaos and such real misery for so many. …Even Afghan President Ashraf Ghani, I think, was really taken by surprise that the Americans were leaving, that NATO would leave. I don’t think that he ever felt that they would actually. And certainly, we talked at the time to many people within the army, people within the government who were really surprised at the announcement. Even though the U.S. had been talking to the Taliban, had negotiated the agreement, had said that as of May 1st, they would begin this withdrawal, there really was a belief among many Afghans that it would not happen.

Even before the Taliban took power, in 2018 there was a Gallup survey, and it showed that barely 2% of the population had any faith in their future in the next five years. And that was years before the Taliban took power. So the groundwork was already there. People were very frustrated. The poverty level was quite high already. There were very few jobs for people. People felt really discouraged with the future of their country.

So then when the Americans were leaving and then embassies were announcing they were going to close, it was almost like a snowball, gaining, gaining momentum. Rumors spread on social media that said, “the Americans will take anybody who shows up at the airport. Just arrive. You don’t even need to have your national papers.” Well, for many Afghans, I think this was seen as their opportunity for a better life. Their opportunity to go to America, to go to the West, to have a future that they really had not seen as being a possibility in their own country even before the Taliban arrived.

And then, with the arrival of the Taliban, of course, there was tremendous apprehension and tremendous fear, particularly among the young generation who had not been there when the Taliban last ruled between 1996 and 2001. So I think that all of that led to this massive surge toward the airport in Kabul, and no one was prepared for it.

So that really contributed to that chaos in those iconic images of young men rushing the C-17 aircraft, hanging on to the wheels, trying to get into the aircraft. All of this uncertainty and fear contributed to that. And really the last 20 years, that didn’t give them much hope for the future.

But I want to say there was no evidence- from when the Taliban last ruled- that there would be widespread retribution killings. Sadly, though, revenge killings have been a hallmark of every regime change in Afghanistan. There were scores of retribution killings when the Taliban were overthrown in 2001 by U.S.-backed Afghan allies, and human rights groups have reported upward of 80 revenge killings, particularly of former military people, by the returning Taliban rulers. However, until now there has been no evidence of systematic retribution.

The fact that the Taliban are here and that the world seems surprised seems a little bit in and of itself surprising, given that there were two years of negotiations with the Taliban, with the plan that at the end of these negotiations, there would be an agreement that would include them in power. And I think the future is still a mystery. The jury is still out on whether the Taliban will make good on some of their promises to guarantee education for girls. Whether they will open up their ranks, whether they will include more people. And I think that there still is not a clear picture of what that will look like. But what there is a clear picture of is that Afghans are desperate for help. The U.N. has said that 98% of Afghans by the end of this year will be in desperate need, and it’s still not clear that the world is ready to rise up to the occasion.

The biggest surprising and shocking moment for me this year came in the middle of night: Gunmen knocked on the AP bureau’s door, looking for us and they were threatening us with death. But we were very, very lucky. Fortunately, they were not able to harm anyone. We don’t know who they were. The Taliban’s spokesman Suhail Shaheen was notified right away about these people knocking at the AP door. Taliban officials within two days had come to the office, and after looking around, assured our AP people no one would or should enter our premises without our permission. Should anyone do that we were told to call the officials. We have certainly been cautious, but we have not had Taliban or others unlawfully enter our premises.

As an Afghan, I see my people losing their hopes. They lost the achievements of 20 years, two decades, overnight. You know, my daughter cannot go to school. My boys are leaving the house, and she is not able to.

Unfortunately, because the Taliban came to power again, you know it’s very difficult for them to leave again, at least for a short time. The good thing is, we have winter ahead of us, which is not usually a fighting time in Afghanistan. And I think we have chances of negotiation.