Home Middle East 2022 was another record hot year. Experts say we must prepare for... 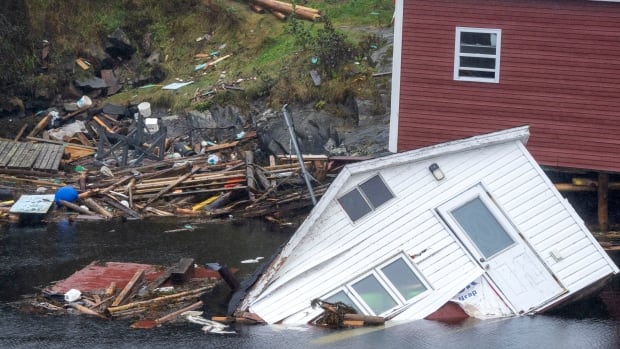 2022 was the fifth-warmest year on record, the European-based climate service Copernicus reported on Tuesday.

The fact that it was another year in the top 10 likely isn’t a surprise for most people, but experts say it’s concerning that the warming trend continues even in light of a cooling phenomenon called La Nina.

“It is unusual that with La Nina, which should bring cooler temperatures, that we are right now about to be confirmed [as one of the] warmest years,” said Mélie Monnerat, project manager at the University of Waterloo’s Intact Centre on Climate Adaptation.

The last eight years have been the eight warmest on record.<br><br>2022 came in at number 5. <a href=”https://t.co/RVhEMbvDa2″>pic.twitter.com/RVhEMbvDa2</a>

There’s an ocean pattern called the El Nino-Southern Oscillation (ENSO), where temperatures in a particular part of the central and eastern Pacific Ocean either warm or cool by a few degrees. When it’s cooler, it’s a La Nina year. When it’s warmer, it’s an El Nino year.

Both of these patterns have varying effects around the world, depending on where you are. But an El Nino year typically results in a warmer annual global temperature.

However, the past three years have been La Nina years — and also some of the warmest years on record, with effects felt across the globe and the country.

In 2021, Lytton, B.C., recorded the highest temperature ever in Canada, at 49.6 C. It was also almost wiped off the map following deadly forest fires.  And in 2022, worldwide, there were no shortage of climate disasters, including flooding in Pakistan and Nigeria, drought in Somalia, and record-breaking heat waves in Europe.

It’s a reminder that, as the planet warms, we will experience more and more climate-related disasters, and we need to be better prepared, experts say.

WATCH | What we might expect from the climate in 2023:

Climate lookahead for 2023: Key issues and innovations | About That

Andrew Chang and CBC meteorologist and Planet Wonder host Johanna Wagstaffe discuss major climate moments last year, and how they may hint at what we can expect this year. Plus, a cricket taste test.

According to several climate agencies, La Nina is expected to transition to neutral by the summer. After that, it’s possible we could transition to another El Nino, which means we could see one of the warmest years on record, perhaps beating out 2016 when the temperature was roughly 1.01 C above average.

“In our report, we cover that the last eight years have been the warmest eight years on record. Last year, we said that the last seven years have been the seven-warmest years on record,” said Samantha Burgess, the deputy director of the Copernicus Climate Change Service. “The reality is that the climate that we’re living in right now, our infrastructure is not fit for this purpose.”

She also noted that, without La Nina in place, 2022 would have been even warmer.

If we go forward 10 or 15 years into the future, 2022 will probably be looked at as a cooler year than average– Samantha Burgess, deputy director, Copernicus Climate Change Service

Burgess said that as greenhouse gases continue to be emitted, it’s likely that the years ahead will get warmer and warmer.

‘We will hit 1.5 degrees this century’

The Copernicus report also noted that both CO2 emissions and methane — two of the leading contributors to global warming — increased in 2022: CO2, by 2.1 parts per million and methane by 12 parts per billion.

This isn’t in line with the Intergovernmental Panel of Climate Change’s goal of trying to limit global warming to 1.5 C by the end of the century by rapidly cutting emissions.

“We will hit 1.5 degrees this century,” Burgess said. “Worryingly, we’ll probably hit it in the next decade or so.”

Right now, we’re at 1.2 degrees of warming above the pre-industrial average, she said, and if we do a linear extrapolation of the amount of greenhouse gases that are currently in the atmosphere, that takes us to the early 2030s.

But the point of this, she added, isn’t to be alarmist. It’s to reiterate how important our choices are, from the way we consume to the way we vote.

And just because we will hit 1.5 C doesn’t mean it will be like that forever, she said, nor does it mean we shouldn’t actively try to adapt or mitigate climate change.

“It’s not a cliff edge,” Burgess said of the 1.5 C temperature. “Every fraction of a degree matters. It matters for the types of heat waves that we have in summer, and the implications that has for vulnerable parts of our community. It matters for ecosystems, whether fish can breed or not, whether the right prey species is available in the right season for species to flourish.”

‘There is much work left to do’

As for Canada, Monnerat notes that the federal government has rolled out its National Adaptation Strategy, which aims to combat the consequences of climate change — for example, creating new strategies as heat waves increase across the country, in places like Toronto.

“Many of the national adaptation strategy targets have a timeframe to 2024 to 2025,” she said.  That, she noted, is for the short-term — such as dealing with extreme and persistent heat waves — but with larger goals moving forward toward 2040.

“There is much work left to do. Certain parts of Canada are warming twice as fast as the average of the rest of the planet,” Monnerat said. “And then the North is triple [that]. And with the thaw of the permafrost and ice melting, these are very specific challenges that are addressed in the National Adaptation Strategy.”

Governments need to re-examine where homes are built in order to avoid impacts by flooding and wildfires, she added.

She also noted that the Intact Centre has tools for homeowners to try to prepare themselves against such things like flooding — which is one of the biggest and costliest consequences of climate change to homewowners in parts of Canada — as well as wildfires.

Meanwhile, Burgess said, as a mother, it concerns her that her son may not be able to see and enjoy the landscapes and wildlife that she herself has enjoyed. But she hasn’t lost hope for the future.

“That does keep me up at night,” she said. “But equally, I think I am buoyed by the optimism and the climate activism of the next generation.”