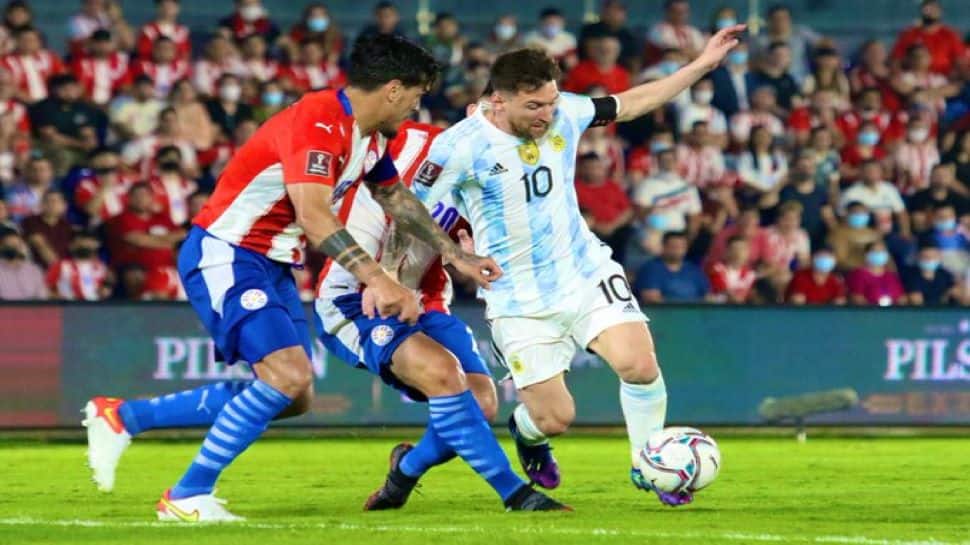 Argentina and Uruguay settled for a draw in their respective World Cup qualifiers fixtures against Paraguay and Colombia. In Asuncion, Argentina looked in control for most of the match but struggled to find a way past the host’s defence line as Captain Lionel Messi could not do the wonders Argentina were hoping for.

Lionel Messi’s best scoring chance came when he curled a first-half free-kick narrowly wide of the far post. Argentina are still unbeaten with five wins and four draws from their nine qualifiers so far while Paraguay have won two, drew six with two defeats. Meanwhile, Colombia secured a vital point away from home at Montevideo`s Gran Parque Central stadium against Uruguay who controlled the game well in the first half but were unlucky not to go ahead.

Luis Suarez’s goal at 22minutes was disallowed as the flag went up for offside, later Suarez missed an open chance comparing to his standards with only the goalkeeper David Ospina to beat. Atalanta striker Duvan Zupata sent a timid attempt straight at the goalkeeper when Columbia got their best opportunity to seal the deal at 77minutes. Colombia now have 14 points from 10 qualifiers, two points behind Uruguay.

Brazil leave it late but extend their lead at the summit, while Peru and Ecuador improved on the @CONMEBOL #WorldCup standings pic.twitter.com/hSHlsUMqKO

In Caracas, Brazil woke up late to keep their perfect 2022 World Cup qualifying record on track with a 3-1 away victory against Venezuela. The hosts shocked the five-time World Cup winners by taking the lead through an Eric Ramirez header following Yeferson Soteldo’s cross in the 11th minute. Brazil were missing their star talent Neymar due to suspension.

Coach Tite introduced Leeds attacker Raphinha and Real Madrid winger Vinicius Junior in the second-half which made an immediate impact as Brazil began to attack with more urgency. PSG defender Marquinhos netted the equaliser in the 71st minute from a corner-kick with a towering header. The visitors then took the lead with a penalty and a goal in extra time thanks to the goals from Gabriel Barbosa and Anthony.

In Lima, Peru kept their hopes alive of qualifying for a second consecutive FIFA World Cup with a 2-0 home win over Chile. The hosts went ahead in the 35th minute when Christian Cueva scored. Sergio Pena doubled the lead just after the hour mark with a low drive from 12 yards after Yoshimar Yotun`s long-range effort rebounded off the post. Peru now have 11 points in the South American zone qualifiers, four points ahead of Chile.

Ecuador routed Bolivia 3-0 with Enner Valencia scoring a brace in the first-half. Michael Estrada opened the scoring on the quarter-hour mark by heading home following a Byron Castillos cross. Valencia doubled the lead with a cool finish into the bottom-right corner. The former West Ham and Everton player again hit the target two minutes later when he combined with Estrada to fire in from close range.

The result leaves Ecuador third in the 10-team South American zone standings with 16 points from 10 matches. Bolivia are ninth with six points.