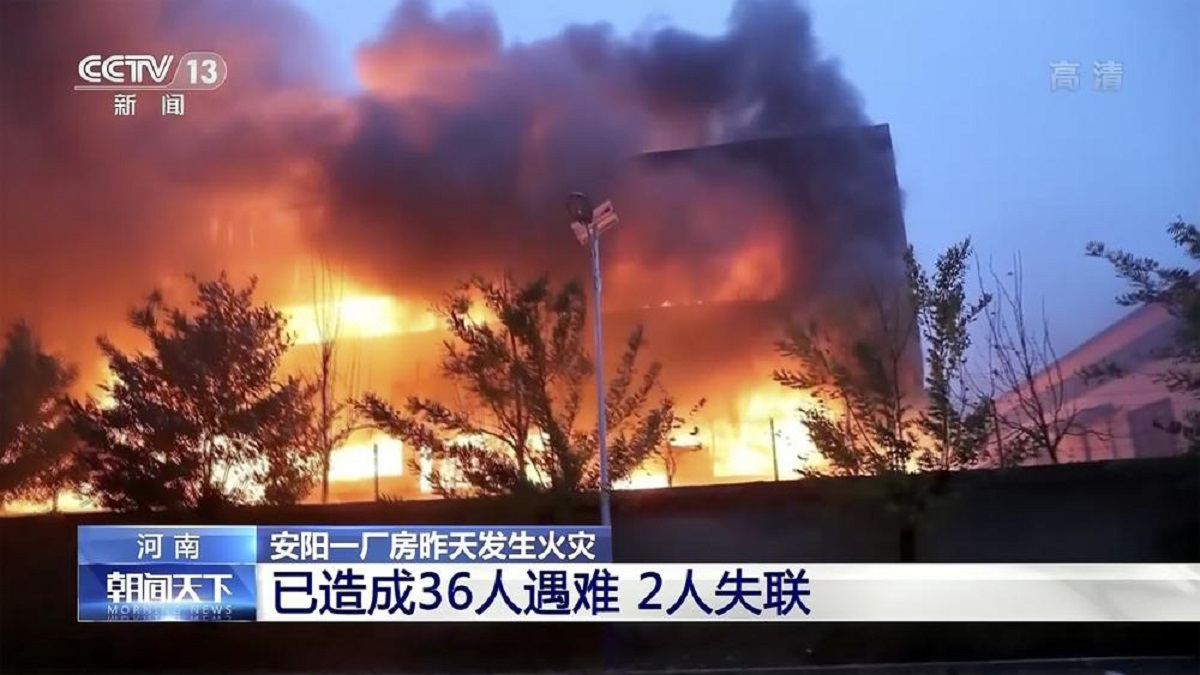 As many as 38 people were killed, while two others were injured after a massive fire erupted at a cloth manufacturing company in central China’s Henan province, local officials said on Tuesday.

It took firefighters more than four hours to douse the fire that broke out on Monday at the plant in the Wenfeng district of Anyang city in Henan province, according to the city’s publicity department.

Firefighters put out the fire at around 11 pm on Monday, it said.

Those injured were admitted to the hospital for treatment.

Local authorities blamed the company, which mainly manufactures clothes, for carrying out operations against rules and regulations.

Chinese President Xi Jinping has called for all-out efforts to treat the two injured in the blaze in Central China and vowed to bring those responsible for the incident to justice, official media reported.

Local fire teams sent 63 vehicles and 240 firefighters for the rescue operation. China’s Ministry of Emergency Management has also dispatched a team to the scene, the state-run CGTN reported.

Police have detained some suspects for investigation.

In August 2015, over 170 people were killed and 700 injured when blasts ripped through a warehouse in Tianjin Port where large amounts of toxic chemicals were stored, including around 700 tonnes of sodium cyanide.

Also Read | Covid on the rise again: Millions locked down in China’s Guangzhou amid spike in cases