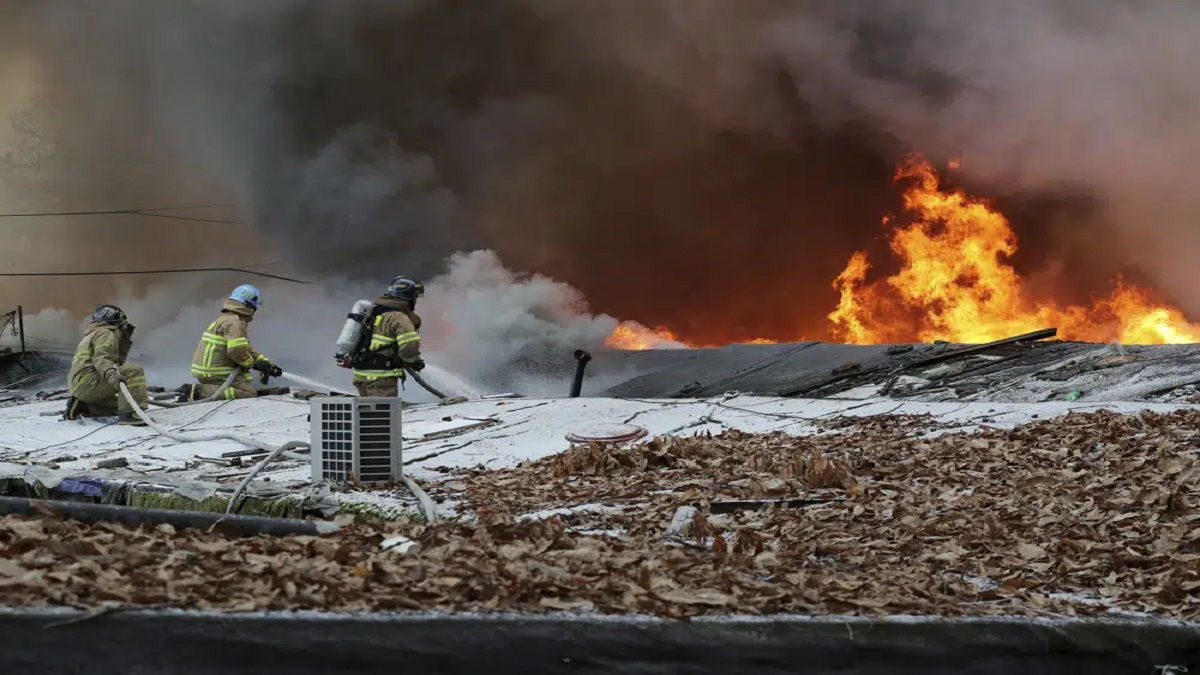 South Korea fire: As many as 500 South Koreans were evacuated from their homes in a low-income neighbourhood in southern Seoul after a fire broke out on Friday. The fire destroyed at least 60 homes as it steadily spread through the narrow lanes of the shanty.

According to officials, there have been no immediate reports of injuries or deaths as firefighters continue to bring the flames under control. Shin Yong-ho, an official at the fire department of Seoul’s Gangnam district, said rescue workers were continuing to search areas affected by the fire but that it was believed that all residents there have safely evacuated.

More than 800 firefighters, police officers and public workers were deployed to fight the flame and handle evacuations after the fire broke out around 6:30 am. Photos from the scene showed firefighters fighting the flame under thick white smoke covering the village known for its dense rows of makeshift houses as helicopters sprayed water from above.

Shin said it was presumed that the fire began at one of the village’s homes made with plastic sheets and plywood. He said the cause of the fire was being investigated. Kim Ah-reum, an official at the Gangnam district office, said around 500 residents have evacuated to nearby facilities including a school gym. Officials were planning to later move the residents to nearby hotels.