Home India State 6-year-old, his uncle rescued alive from a well after 10 hours in... 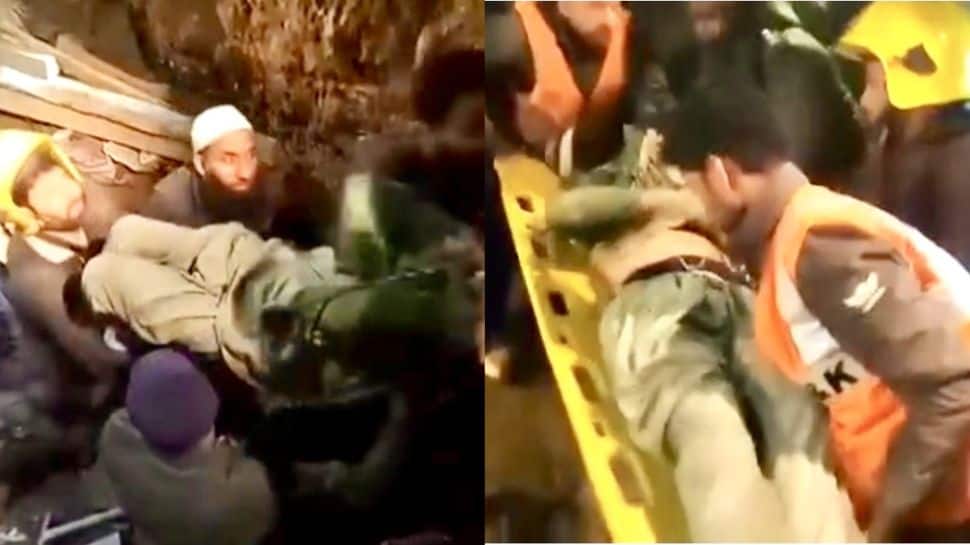 Srinagar: A 6-year-old boy and his uncle were rescued alive in critical condition after they got stuck in a well for around Twelve hours in Hatmullah Chak village of north Kashmir’s Kupwara. They accidentally fell into a well in the backyard of their house. Minor boy identified as Firdous Ahmad, son of Nazir Ahmad accidentally fell into a well in the backyard of his house this evening. Soon after the incident, in an attempt to rescue the minor, his uncle too jumped into the well, however, he also got trapped as a portion of the well was eroding continuously. Civil administration, police, army, SDRF, Fire and Emergency, health department, and home guard officials participated in the rescue operation and were on the scene for the entire 10-hour operation.

Officials stated that the operation was quite hectic due to continuous erosion in some portions of the well, as well as the operation being carried out in shivering cold in the evening hours until midnight, but the relief teams used four JCB machines that assisted in putting control on erosion in good walls, he said. Three ambulances were also escorted to the site to provide medical assistance.

“The rescue operation got hampered due to frequent stone slides at the site, rescue involving digging a hole alongside the narrow shaft to reach them for the safe evacuation of the duo, he added. In the initial stage of operation, a plastic pipe was installed in the well for the passage of oxygen to the trapped persons. Arrangement of warm drinking water was also arranged for their survival during these rescue hours,” the official said.

The duo was taken out alive because of dedicated and mutually committed teamwork, and the assistance of locals, and officials, said. CMO Kupwara said that the duo were evacuated in critical condition and had been shifted to the district hospital Kupwara for advanced treatment, he added.