Home India State 7 charred to death after fire breaks out in two-storey building in... 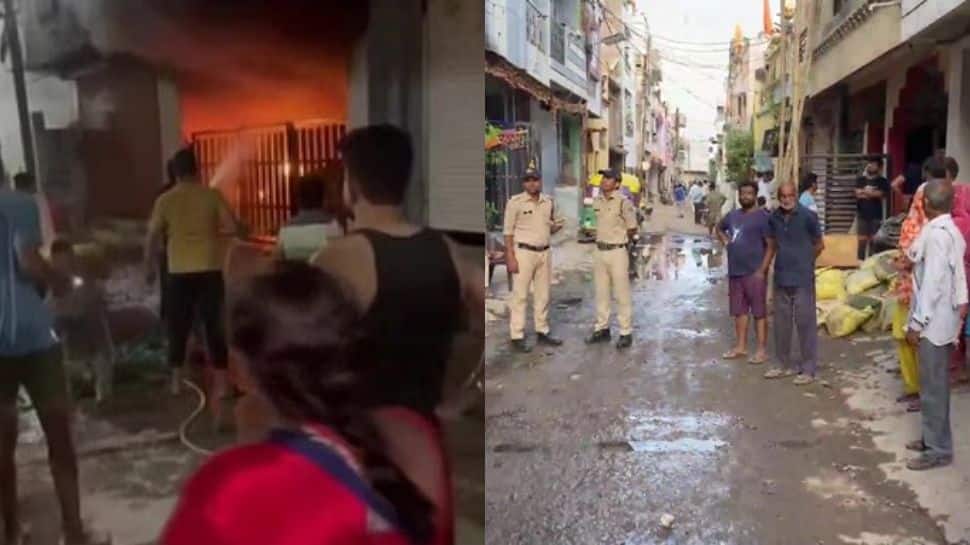 New Delhi: As many as seven people were charred to death after a massive fire broke out in a double-story building in Swarna Bagh Colony in Indore, the police said. The incident took place in the early hours of Saturday.

According to preliminary information the blaze is suspected to be triggered by a electric short circuit inside a house, said Indore Police Commissioner Harinarayan Chari Mishra.

The Police Commissioner said, “Seven people have died and nine people have so far been rescued by officials present at the spot.”

#UPDATE | Seven people died in the fire that broke out in a two-storey building in Indore, Madhya Pradesh: Indore Police Commissioner Harinarayana Chari Mishra to ANI

Latest visuals from the spot. pic.twitter.com/E6wXhytkl3

The police have initiated an investigation into the matter.

Meanwhile, Madhya Pradesh Chief Minister Shivraj Singh Chouhan expressed anguish over the incident. “The sad news of the untimely demise of many precious lives was received in the accident due to short circuit in Swarn Bagh Colony of Indore. I pray to God to give place to the departed souls at his feet and give strength to the family members to bear this deep sorrow and to give speedy recovery to the injured,” said Madhya Pradesh CM in a tweet in hindi.