Home India 9 yrs and 7 months on, it took Google search to reunite... 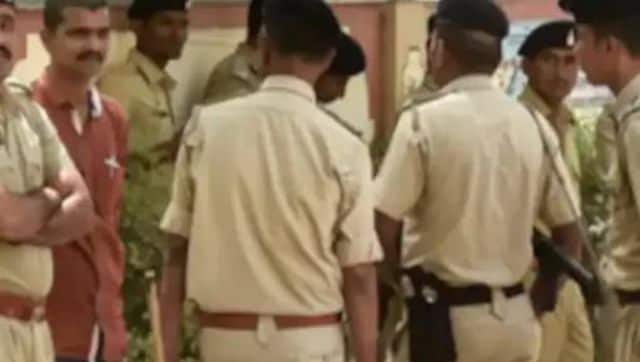 The girl, who was seven years old when she went missing on 22 January, 2013, was found living 500 metres from her home in Andheri

Mumbai: A girl, who went missing in 2013, was on Thursday reunited with her family nine years after she was allegedly kidnapped by a couple.

The girl was arrested by Joseph D’Souza and his wife Soni. The couple kidnapped her as they were desperate for a child of their own, The Indian Express reported.

The girl, who was seven years old when she went missing on 22 January, 2013, was found living 500 metres from her home in Andheri (West), the report added.

In January 2013, the girl and her elder brother were headed for school when they had a tiff over pocket money. D’Souza told told that he saw the girl wandering near the school, and thought she could be the answer to the family’s desire for a child.

After she did not reach home, the family lodged a complaint with the D N Nagar Police Station and Assistant Sub-Inspector Rajendra Dhondu Bhosle took over the case in 2013.

Bhosle handled the cases of 166 girls who went missing from 2008 till 2015 when he retired. While, 165 of them were tracked down, Bhosle kept trying to find the remaining one girl for two years as a police officer and seven years after retirement, The Indian Express report stated.

D’Souza told police that after kidnapping the child he realised the implications of what he had done only after police got into the act. He later sent her away to a hostel at his native place Raichur in Karnataka.

After the couple had a child of their own in 2016, they got the girl back from Karnataka. As they could not meet the expenses of raising two children, they made the girl work as a babysitter, said Milind Kurde, D N Nagar Station Senior Inspector.

“D’Souza’s wife would beat her up, while he would get drunk and tell her he had picked her up from somewhere in 2013. She comprehended that the couple were not her parents, but she feared them so much, she didn’t know how to escape,” the girl’s uncle said.

A domestic help in the house where the girl was employed as a babysitter for seven months helped her in the end. After listening to her story, the woman searched her name on Google. “She found the campaigns and write-ups that had come out after she went missing, ” her uncle said.

On seeing her photographs, the girl recalled everything, including that she lived in the same neighbourhood, said her uncle.

They even found a missing poster online with five contact numbers on it. “While four of the numbers didn’t work, the fifth number, of Rafique, the family’s neighbour, did,” the girl’s uncle stated.

After getting a call from them, Rafique asked for a photograph as confirmation. Later on Thursday morning, the two of them made a video call to Rafique, who took a screenshot and showed it to the girl’s mother and uncle. Later in the evening, the girl and her mother met each other for the first time in nine years.