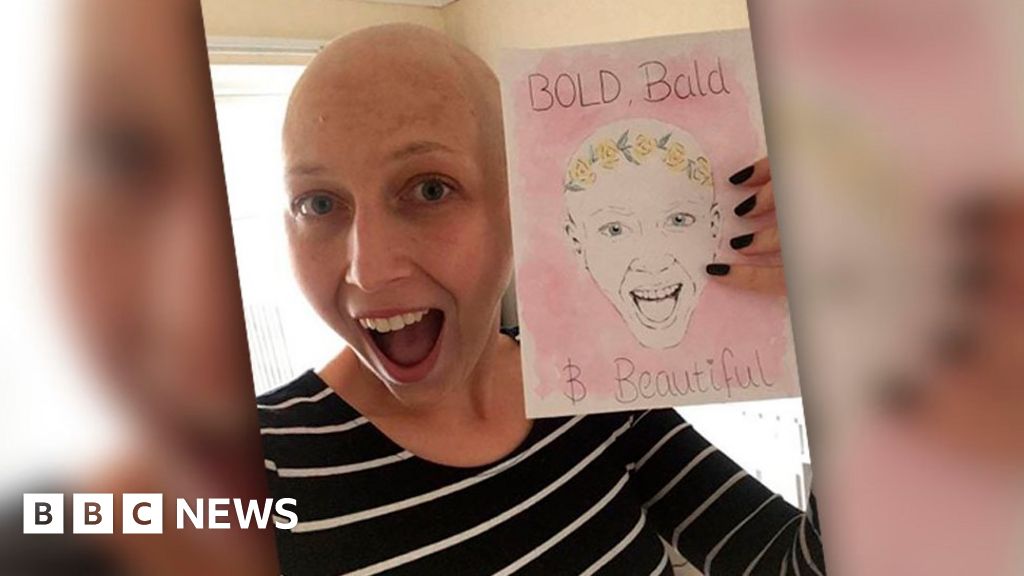 Dating in 2020 is hard enough during a global pandemic – but how do you go about it if you’ve got cancer to contend with too? BBC journalist Keiligh Baker explores the challenges as she sets out to find love.

I was diagnosed with chronic myeloid leukaemia three years ago, aged 27. I had been with my then-boyfriend for seven months when constant breathlessness, weight loss, unexplained bruising and a dramatic air ambulance rescue from a Scottish island led to my diagnosis.

I told him he could leave – he decided not to, but in January our relationship ended.

My leukaemia is a lifelong condition which can be managed, although the daily medication comes with side-effects including fatigue, bone pain and weight gain.

With lockdown prompting unprecedented levels of boredom, I decided to dip my toe back into dating and downloaded some apps, but the trickiest part – how do you tell a potential partner you have cancer?

A quick Google search revealed a lot of US-based advice for older people. That’s despite 34 young adults – in their 20s and 30s – being diagnosed with cancer in the UK every day.

So with no relevant advice forthcoming, I tracked down a few singletons with cancer to quiz them on their dating dilemmas.

‘We’d been catfishing each other’

Emily Frost, 29, from Surrey, was diagnosed with breast cancer in 2016, which spread to her lymph nodes. It was caught early, but four years on she is dealing with the side-effects and mental and physical ramifications of her treatment, including medical menopause, fatigue and anxiety.

“When you’re stuck inside and you’re so poorly with no sense of normality, you want to talk to new people,” she says. “I downloaded some dating apps and I used pictures from when I had hair.”

She chatted to one guy who asked her out. Emily accepted, then panicked about her lack of hair. While she stressed about what to do, he texted her.

“Oh by the way, I’ve just had to shave my head because I’m thinning,” he said.

“We’d been catfishing each other,” she admits, referring to the lack of being totally honest with their online personas.

The couple dated for three years until Emily’s mental health began to affect their relationship.

“When I was at my poorliest, online dating and meeting him was a nice boost. Once the dust settled I realised I hadn’t dealt with the demons which came with cancer.”

She says side-effects and the “fear of recurrence” really “changes you as a person.”

Emily’s advice to dating is “go for it, but don’t forget you have a different mindset now”.

‘A Hinge date saved my life’

Kelly Cheung, 26, from Skipton, was diagnosed with breast cancer after a Hinge date noticed a lump. She is now in remission.

Kelly had been seeing Tom casually when he discovered a lump and insisted she see a doctor.

“If he hadn’t done that I’d never have felt it or known it was there,” she says.

At hospital she was told it was a Grade Three growth, which meant it was fairly large and could spread to the surrounding tissue.

“It was fate that I met him, because if I hadn’t, I might not be alive today, so a Hinge date saved my life.”

Kelly and Tom remained friends, but she says losing her hair and gaining weight as a result of treatment left her feeling “unattractive” and “terrified” of dating.

“How do you tell someone ‘by the way, I had breast cancer at 25?'” she asks. “It’s really daunting. I’m not looking to date right now. But it’s lonely.”

‘It creates a deeper conversation’

Neil MacVicar, 28, from London, works for Shine Cancer Support which offers dating workshops, a job he moved into after he was diagnosed with a brain tumour aged 25.

He says he used to be a “Jack-the-lad” but the cancer knocked his confidence.

“After my diagnosis I had surgery and radiotherapy, put on weight from the steroids and lost my hair. I just felt awful about myself.”

He went on some dates but his confidence affected their success so he signed up to a Shine workshop.

“I got loads of practical tips like not travelling all over London for a date but keeping it close. Not getting all dressed up but instead treating every date as practice.”

Neil says he learned to tell someone he has cancer on the first date, then change the subject with a question – in turn, the date would often open up to him. If they met for a second time, he’d reveal a bit more.

“It creates a deeper conversation,” he says.

‘It filters out the dross’

Kirsty Hopgood, 31, from Oxfordshire was diagnosed with osteosarcoma – bone cancer – last August and will finish treatment in October. She was worried no-one would be interested in her after she got her diagnosis.

“Everything changes with chemo – I lost all of my long blonde hair, and I was very sporty and muscly and I lost all my muscle. Mentally I changed as well.”

Before she became ill, Kirsty loved dating, so when lockdown began she decided to conduct an experiment.

“I made a profile on Bumble with pictures of my bald head and thought, ‘I’ve got tough enough skin if I don’t get any likes back’, but I actually get a similar amount of matches, it just filters out the dross.”

Kirsty’s hair has started to re-grow so she may remove the hair-less pictures soon but she says she’s “not comfortable” keeping cancer a “total secret”.

Cancer is lonely and can affect how you see yourself. It can feel as though there isn’t space for dating or a relationship while you’re juggling side-effects and hospital appointments.

But it can be wonderful. It can feel good to get that match, to know someone finds you attractive or interesting and it gives you the chance to dip into normality.

Inspired by Emily, Kirsty, Kelly and Neil I decided to tell one of my virtual lockdown dates about my condition on our first video chat.

I was pleasantly surprised when he didn’t freak out. He was kind, yet unbothered and we have arranged a second date…