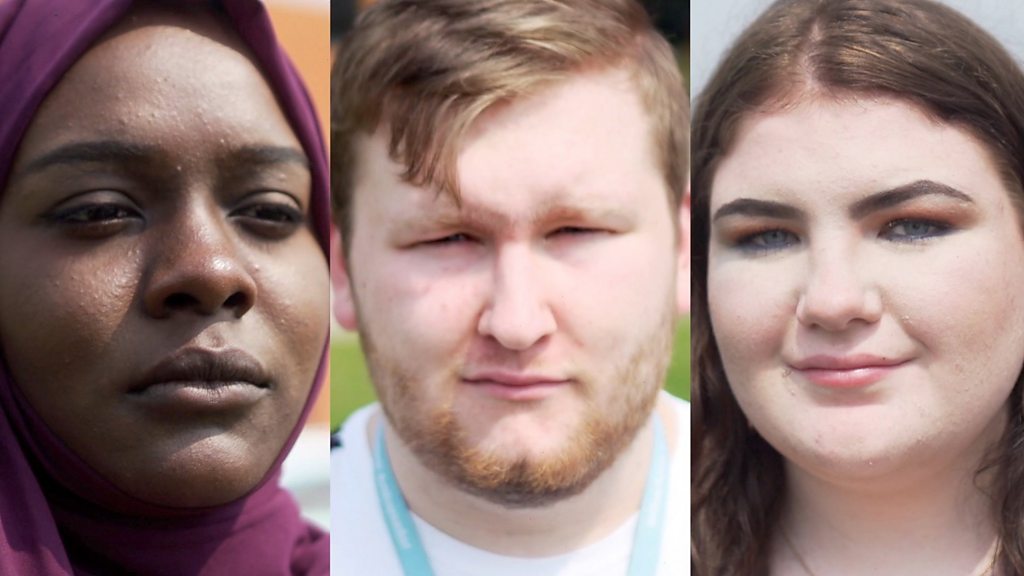 A-level and vocational results are arriving for hundreds of thousands of students in England, Wales and Northern Ireland.

But unlike other years, these results have been estimated after exams were cancelled by the Covid-19 pandemic.

The exam watchdog has already announced a 2% rise in A* and A grades this year at A-level – close to record levels.

Controversy has surrounded how results have been decided – with head teachers angry at the use of mock exam grades.

There was “deep frustration” in schools about the confusion caused by late changes to the results system, warned Geoff Barton, leader of the ASCL head teachers’ union.

And The Sixth Form Colleges Association has called the system for calculating A-level grades, “flawed and unreliable” after almost all colleges said grades were lower or much lower than predicted.

A third of college principals reported results lower or “dramatically lower” than their historic exam performance.

Almost 300,000 teenagers will be finding out A-level results – some by email and others going into school, perhaps for the first time since they left in the lockdown in March.

The moderation process will mean about 40% of results will be different – mostly lower – than predicted grades submitted by teachers.

Schools and colleges sent these predictions to the exam boards along with a ranking of their pupils in order of ability.

The exam boards and regulators also took into account data for previous years to make adjustments to the predictions. These were aimed, they say, at ensuring the results are fair, consistent and in line with historic results.

There will be scrutiny of whether it is disadvantaged pupils who will have lost out from such changes – a problem that caused protests and a U-turn in Scotland.

Students taking vocational exams have been getting estimated results over recent weeks – with 250,000 getting BTec results this year.

For students hoping for university places, it is expected to be a “buyer’s market”, with the admissions service Ucas saying universities would be “super flexible”, even for those who have missed grades.

The A-level results are expected to show:

There have been arguments about how estimated grades have been calculated in the absence of exams – with the two biggest factors being the ranking order of pupils and previous results at their school.

In England, head teachers angrily complained of a “shambles” at the last-minute switch to a “triple lock” in which students could get whatever was highest out of three assessments:

Heads warned mock exams were run in many different ways by schools and it was wrong to try to use them to decide exam results.

England’s Education Secretary Gavin Williamson told BBC Breakfast he will refuse to follow Scotland’s lead in allowing students whose results were downgraded to be awarded the grades predicted by their teachers.

He admitted there would be some students getting grades “that aren’t reflective of the work they’ve put in” but there would be a “robust appeals process”.

The education secretary said 90% of the results awarded on Thursday would be either the grade of the school or within one grade of that.

“You are going to be seeing an increase in the number of children that get an A or A* by 2% this year over last year,” he said.

He congratulated students on “getting through this extraordinary year”, adding that the class of 2020 would not “lose out because of Covid-19”.

But Labour leader Sir Keir Starmer described the government’s decision to change the system hours before results were published as “shambolic”, adding that it “smacks of incompetence”.

Mr Williamson said the government had earmarked £30m to help schools with the costs of running exams this autumn for students who choose this option.

He added the process had been agreed with exam regulator Ofqual before Wednesday’s announcement and said the watchdog would be issuing clarity on how appeals would work, including those based on mock exam results.

In Wales, students have been promised their A-level results will be revised upwards if they are lower than their AS-level.

Wales education minister Kirsty Williams said she had to act after other nations had changed from the agreed system of standardisation to ensure Welsh students were on a level footing.

However, she told Today universities and employers could be confident about the robustness of Welsh students grades, which are “made up by externally-assessed exams taken last year”. Unlike pupils in other nations, Welsh students took AS-levels last year.

The exam boards have said the results will not show widening gaps or “unconscious bias”, such as towards ethnic minority students.

But the linking of students’ grades to the results of their schools in previous years will mean close attention to whether this works against disadvantaged children.

This emerged when exam results were published in Scotland – forcing a switch to using teachers’ predictions.

And in England there will be concerns that bright pupils in under-performing schools could be marked down.

England’s exam watchdog has said that if teachers’ predictions had been used it would have inflated results – so that about 38% of entries would have been A* or A grades.

But using a system that relies on ranking pupils by ability could create a “lottery” in grades for those in the middle ranges, says Prof Alan Smithers of the University of Buckingham, in an annual pre-results analysis.

He says that while those pupils at the top and bottom ends of the ability range will be clear, it is harder to “distinguish those in the middle”, with the risk of ranking decisions being “inaccurate and unfair”.

Mr Williamson has defended the robustness of the replacement grades and told those getting their results that “they should feel proud of everything they have achieved in the most extraordinary and difficult circumstances”.

Have you got your A-level or BTec results today? Are there any questions you’d like to ask our experts? Share your stories by emailing haveyoursay@bbc.co.uk.