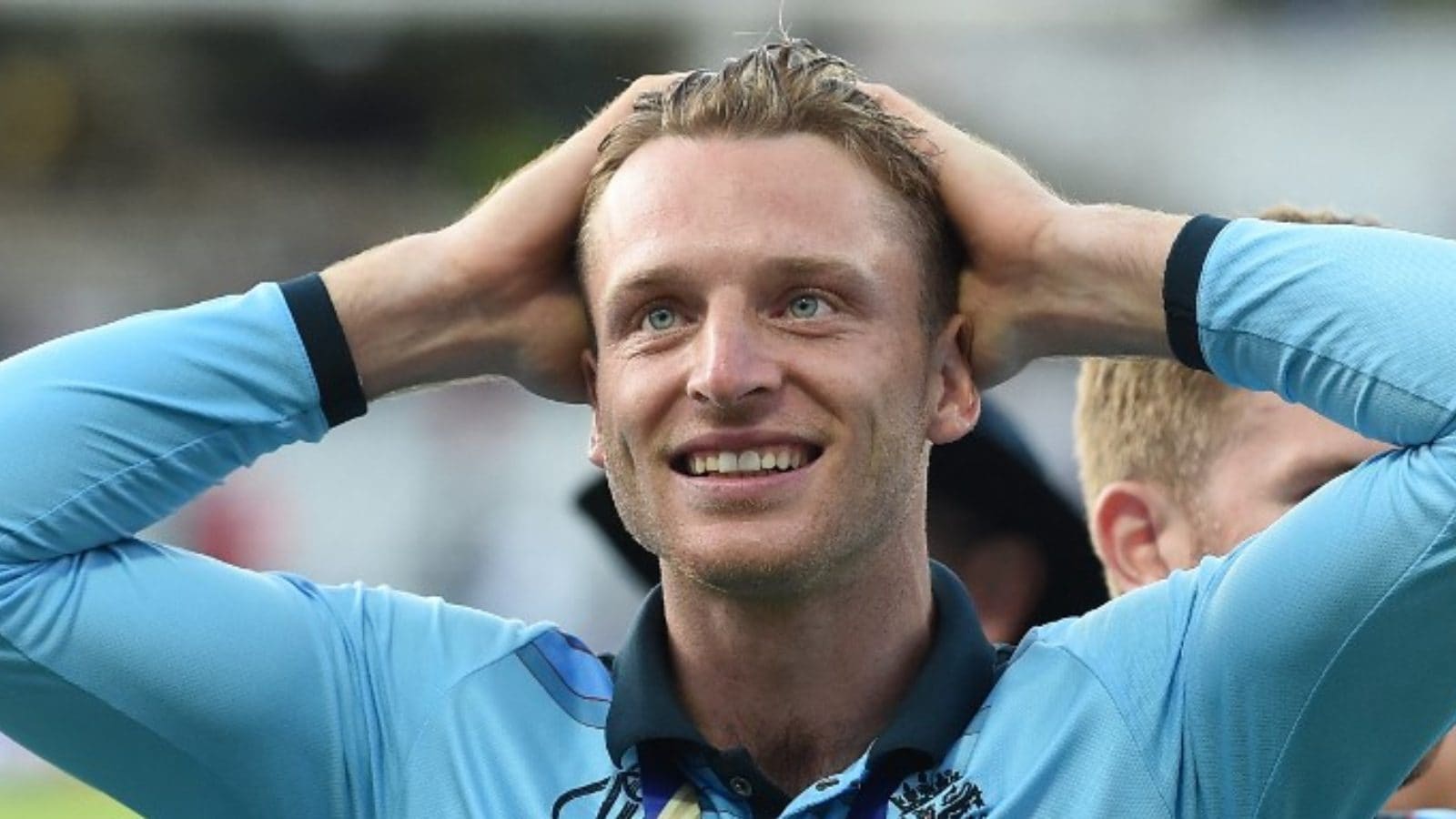 England’s wicketkeeper-batsman Jos Buttler is renowned as one of the most dynamic batsmen of the modern era. The prolific run-scorer has become a lynchpin of England’s team across formats and has played a vital role in the their rise.

Since his debut on the big stage in 2011, Buttler has accumulated a whopping 8,543 international runs. As the right-hander celebrates his 31st birthday today, let’s take a look at some of his top performances at international level.

Buttler slammed his highest score in the longest format of the game during the last Test of a three-match series against Pakistan in 2020. The Test match saw England batting first and facing an early collapse. Though Zak Crawley held the fort at one end, the wickets kept falling from the other end, and the hosts found themselves at 127 for four.

However, coming to bat at six, Buttler along with Crawley triggered a turnaround. The two stitched a memorable partnership of 359 runs to take England to a score of 583. Buttler played a remarkable knock of 152 runs off 311 deliveries.

2019 World Cup Final can be easily considered as one of the most thrilling matches of all time. In a nail-biting affair, it was England who won the silverware which was also their maiden ODI World Cup title win.

While it was a combined effort from the entire England contingent, Buttler surely deserves a special mention for playing one of the best knocks of his entire ODI career. The right-hander posted 59 runs off 60 balls to save his team in a tricky chase. The keeper’s knock was laced with six boundaries.

Buttler had to wait for five years to score his maiden century in the longest format. The batter finally achieved the milestone during the third Test match against India at Trent Bridge. England were lagging behind by 168 runs. Adding to the misery, the Indian team delivered another brilliant performance in the third innings as they posted another 352 runs on the board.

In the time of crisis, it was Buttler who led from the front as he played a scintillating knock of 106 runs in the final innings. However, the lack of support from the other batters meant that the hosts lost the match by 203 runs.

England caused carnage on the field during the first ODI of a five-match series against New Zealand courtesy of Buttler. The Taunton-born carried the English batting on his shoulders. Coming to bat when England were 180 for four, Buttler smashed the ball all over the park to steer the visitors towards a mammoth score of 408 runs. The 31-year-old accumulated 129 runs in 77 deliveries with the help of 13 fours and five sixes.

Buttler smashed 150 runs in ODI cricket for the first time while playing in the fourth One Day International of a five-match series against West Indies in 2019. Batting in the first innings, the he made a mockery of the attack, hammering 150 runs off just 77 balls.

He batted with a stunning strike-rate of 194.8, and entertained the viewers by smashing 13 boundaries and 12 maximums. His exploits steered England to a massive score of 418 runs and they registered a 29-run win.