Home India State ‘A Raja should be refrained from contesting elections’: TN BJP leader in... 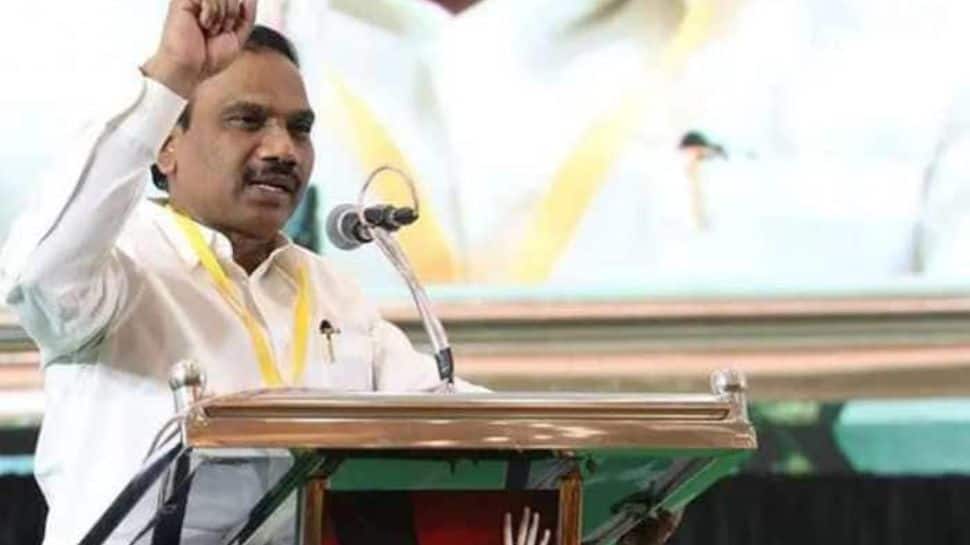 Chennai: Tamil Nadu IT wing leader of the BJP, C.T. Nirmal Kumar has lodged a complaint with the Lok Sabha speaker, Om Birla, against DMK leader and former union minister A. Raja for the anti-Hindu remarks he had made a few days ago at a public function. Nirmal Kumar in a tweet on Tuesday said, “Complaint filed against @dmk_raja before honourable @loksabhaspeaker under rule 233A(4) conduct of business in Loksabha, for unethical act of hate speech against Hindus. Shri. A. Raja should be refrained from contesting any elections in the future.” He uploaded a copy of the complaint that he had filed.

Also Read: ‘You are a Shudra, prostitute’s son till you remain a Hindu’: DMK leader A Raja spews venom against Hinduism

He had also said, “Hereafter we should not hesitate to ask the question who a Hindu is, in papers like Murasoli, Viduthalai, and Theekathir. I don`t want to be a Hindu. We need the right to ask, why do you want to keep me as a Hindu?” Murasoli is the mouthpiece of the DMK, Theekathir of the CPI, and Viduthalai of the DK.

The BJP has already filed a police complaint on September 13 against Raja`s speech. Party spokesman Karu Nagarajan in the complaint said, “The intention behind his speech was to destroy Hindu religious beliefs, spread rumours, and incite religious violence in the state.”