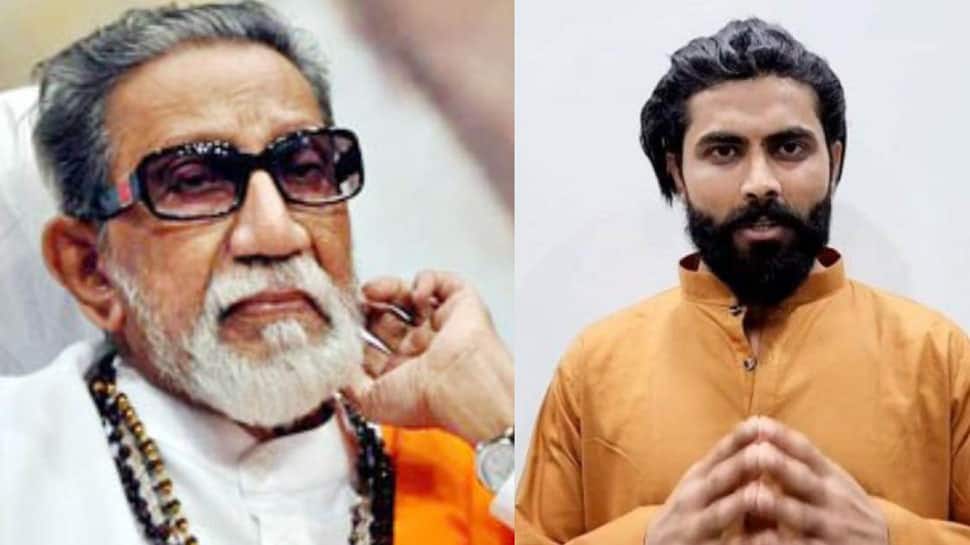 NEW DELHI: Cricketer Ravindra Jadeja, whose wife Rivaba is contesting as a BJP candidate in the first phase of Gujarat Assembly Elections 2022,  has shared an old video of Balasaheb Thackeray in which the Shiv Sena founder can be seen cautioning that Gujarat will end if Narendra Modi is not there. “Abhi bhi time hai samaj jao gujaratiyo,” Jadeja’s tweet read. In the old video shared by Jadeja, the late Shiv Sena founder can be seen saying, “I have only this much to say that if Narendra Modi is not there, Gujarat is nothing.”

It may be noted that Ravindra Jadeja’s wife Rivaba is contesting from the North Jamnagar seat, where polling is being held in the first phase of assembly polls in Gujarat. Rivaba, who joined the saffron party in 2019, has campaigned hard along with her husband and state BJP leaders to ensure her victory in the keenly-contested polls.

As the first phase of polling began in Gujarat this morning, Rivaba exuded confidence that her party will win with a good margin and promised that it would focus on the overall development of the State after forming the government.

Rivaba Jadeja also interacted with the media after casting her vote in Rajkot. BJP has fielded Rivaba, wife of cricketer Ravindra Jadeja from the North Jamnagar seat. “There is no difficulty. There can be people of different ideologies in the same family. I have trust in the people of Jamnagar, we will focus on overall development, and this time as well BJP will win with a good margin,” Rivaba told reporters.

Notably, her sister-in-law Naynaba Jadeja belongs to the Congress party. Rivaba`s father-in-law was also seen joining Naynaba in the campaigns. Polling for the first phase of the Gujarat Assembly election is underway amid tight security arrangements in 89 constituencies spread across 19 districts of Kutch, Saurashtra and South Gujarat.

Former BJP MLA Madhu Shrivastav is contesting as an Independent from Vaghodia. The counting of votes will be done on December 8. Results of the Himachal Pradesh assembly elections will also be declared on the same day.