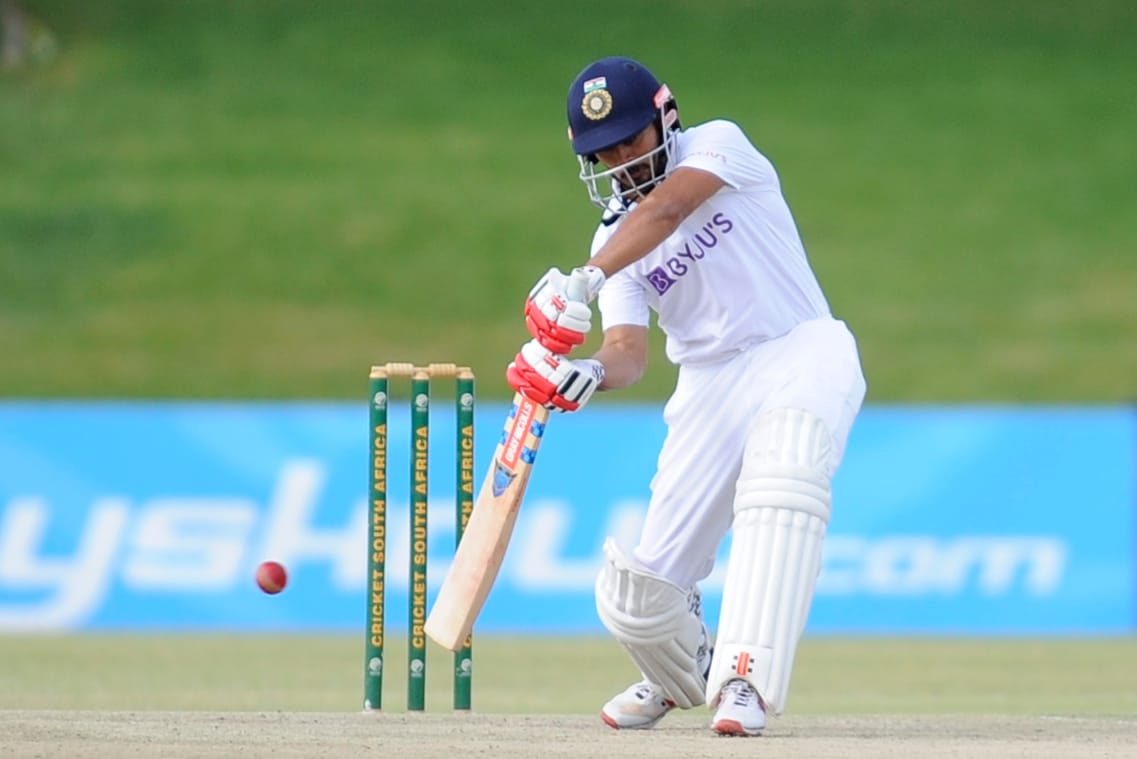 Abhimanyu Easwaran in action against South Africa A.

The 26yearold Easwaran made 103 off 209 balls and hit 16 boundaries during his stay in the middle. Right after getting to the threefigure mark, he was dismissed by fastmedium bowler Lutho Sipamla.

Bloemfontein: Abhimanyu Easwaran compiled a solid hundred but skipper Priyank Panchal missed out on one by only four runs as India A reached 308 for four against South Africa A before bad light forced an early stumps to the third day’s play in the first unofficial Test here. The 26-year-old Easwaran made 103 off 209 balls and hit 16 boundaries during his stay in the middle. Right after getting to the three-figure mark, he was dismissed by fast-medium bowler Lutho Sipamla.

Panchal made 96 runs falling to left-arm spinner George Linde. The India A skipper found the fence 14 times during his 171-ball knock at the Mangaung Oval on Thursday. Resuming the day on 125 for one in reply to South Africa A’s mammoth first-innings core of 509 for seven declared, the Indians went along nicely with the duo of Panchal and Easwaran putting on 142 runs for the second wicket.

Prithvi Shah had made a brisk 48 off 45 balls in the third evening. Seeking to regain his place in the Indian Test team after missing out on selection for the ongoing two-match series against New Zealand, Hanuma Vihari however got out after getting his eye in, managing 25 off 53 balls before becoming Linde’s second victim of the day. When the stumps were drawn with nearly 30 overs left to be bowled in the day, Baba Aparajith and wicketkeeper Upendra Yadav were batting on 19 and 5 respectively.

Despite Easwaran and Panchal’s big knocks, the visitors still trailed the South Africans by 201 runs at the close of play. Sipamla and Linde were the South African bowlers to achieve success, returning two wickets apiece.