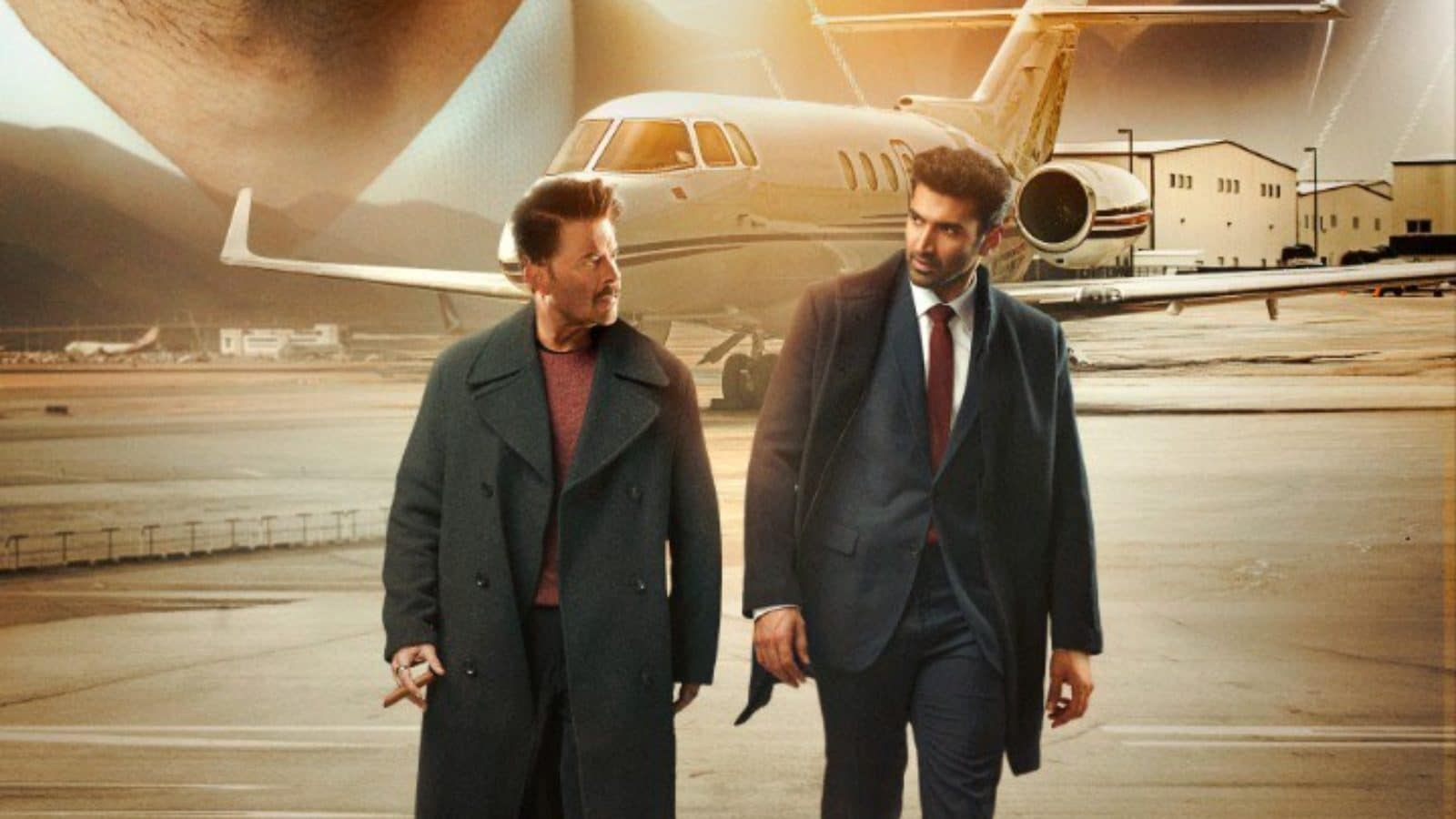 Aditya Roy Kapur and Anil Kapoor’s ‘The Night Manager’ is an official Hindi remake of the British TV series of the same name.

Three years after Malang, actors Aditya Roy Kapur and Anil Kapoor have collaborated once again, but this time for a web series. On Monday, January 9, Aditya Roy Kapur unveiled the first motion poster of his upcoming show, The Night Manager. The Hotstar Special is an official Hindi remake of the British TV series of the same name. Anil Kapoor will play the role originally played by Hugh Laurie, while Aditya Roy Kapur will play the role originally essayed by Tom Hiddleston. The series also features Sobhita Dhulipala in a key role.

The first-look motion poster depicts a blast behind an airplane stationed on the runway. The poster also features large close-ups of the two leads, as well as a still of them walking away from the private jet at an airport. Sharing the poster, Aditya wrote on Instagram, “Duniya ke sabse dangerous arms dealer ko rokne ke liye there is only one weapon – ek hotel ka night manager (there is only one weapon to stop the most dangerous arms dealer of the world and that is a hotel’s night manager).” Take a look at the first-look poster of The Night Manager below:

Several celebs from the industry went on to laud the poster. Rhea Kapoor wrote, ‘Insane’, while Varun Dhawan penned, “Excited for this one. Way to go boys”. Fans also left messages about the film’s intriguing poster. One user wrote, “I’ll watch it for you. I just love Tom Hiddleston in this and Hugh too”. Another user added, “This is going to be epic”.

The series, created and directed by Sandeep Modi is bankrolled by The Ink Factory and Banijay Asia. Anil Kapoor will play a weapons dealer who poses as a business tycoon in the series, while Aditya will play the night manager of a luxury hotel and a former soldier. The show’s filming was completed in September of last year.

Meanwhile, Aditya Roy Kapur was last seen in Rashtra Kavach, alongside actress Sanjana Sanghi. He will next be seen in Anurag Basu’s upcoming project Metro…In Dinon, alongside Sara Ali Khan. Anil Kapoor, on the other hand, has Siddharth Anand’s Fighter in the works, alongside Hrithik Roshan and Deepika Padukone.