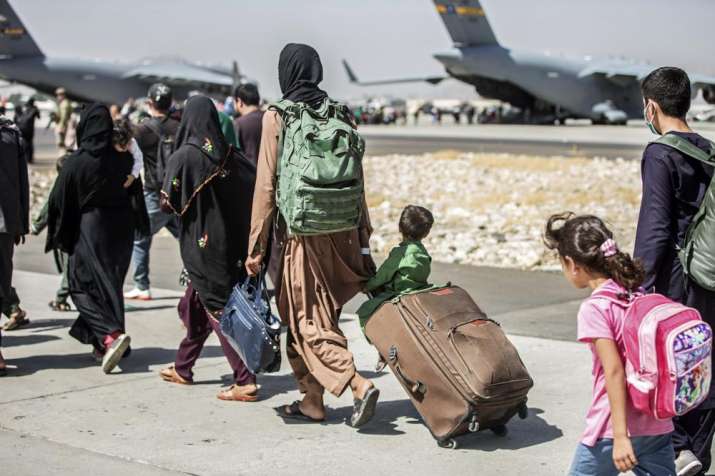 The Pentagon says all flights of Afghan evacuees into the United States have been halted for another seven days. That’s at the request of the Centers for Disease Control and Prevention, due to measles cases at three different U.S. bases. Pentagon spokesman John Kirby said Monday that three cases of measles were diagnosed among Afghans arriving at Dulles International Airport in Virginia, one at Fort McCoy in Wisconsin and one at Fort Pickett in Virginia.

The U.S. initially halted the U.S.-bound flights on Friday when the measles cases were first discovered.  Kirby said the seven-day extension of the pause in flights begins Monday and that all efforts are being made to do contact tracing to determine who at any of the bases may have been exposed. He said patients are being housed separately and are getting medical care.

Kirby said all evacuees are receiving any necessary immunizations ù including for measles ù when they arrive in the U.S. He said they soon will be getting the immunizations at bases in Europe and the Middle East where evacuees are held prior to their flights to the U.S.

The seven-day extension further complicates what has already been a difficult and frustrating process for evacuees fleeing Afghanistan and trying to get to the U.S. As many as 10,000 evacuees are at a temporary processing site at Ramstein Air Base in Germany, where there is a 10-day limit on their stay in the country.