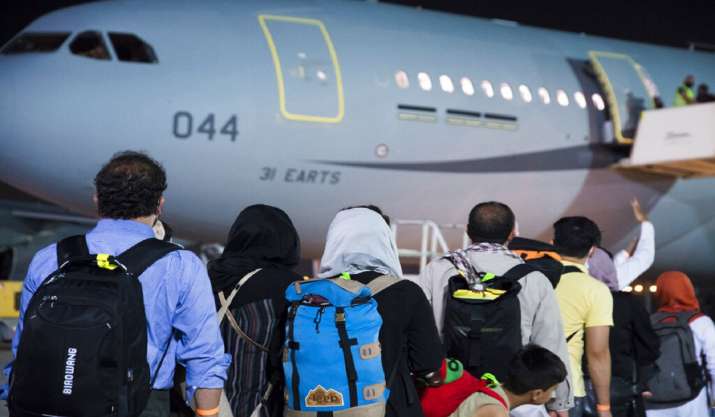 Afghans with valid visas and passports stranded in the northern city of Mazar-e-Sharif and waiting to take chartered evacuation flights out of the country will be allowed to leave, a Taliban official at the city’s international airport said Tuesday.

Mawlawi Hafiz Mansour said the majority of Afghans waiting to take one of four evacuation flights have neither valid visas nor passports. The Taliban have said only Afghans with passports and valid visas would be allowed to leave.

Mansour did not provide a breakdown of the numbers of those with valid documents and those without.

Speaking from Qatar, U.S. Secretary of State Antony Blinken also said the Taliban have given assurances of safe passage for all seeking to leave

Afghanistan with proper travel documents. He said the United States would hold the Taliban to that pledge.

The U.S. is under pressure to help the remaining Americans and green card holders leave Afghanistan, and it has promised to work with the Taliban to do that.