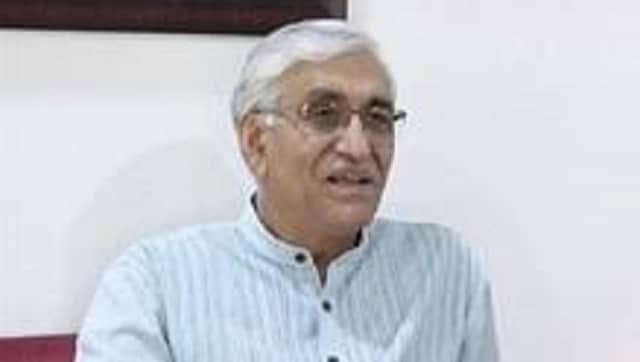 Reacting strongly to his statement, Deo said, ‘It is very unfortunate and unexpected and not in the nature of Dr Harsh Vardhan we have known.’ He also shared vaccination and testing statistics from his state to contradict Vardhan’s statement.

After Maharashtra, now the Chhattisgarh state government has lashed out at the Centre for ‘partisan behaviour’ in management of the coronavirus pandemic. It is the second non-BJP ruled state to have accused the Centre of unfavourable treatment in the midst of the pandemic.

Chattisgarh’s health minister TS Singh Deo, launching a scathing attack on the Centre on Twitter, criticised its strategy to fight the pandemic, while claiming that the state was performing much better in terms of distribution of vaccines and testing as compared to other BJP-ruled states.

“To hide its massive history of failures BJP distracts people by spreading misinformation. Chhattisgarh is one of leading states in vaccination & more than 10% of our people have been already vaccinated. But a captive to its vile nature, BJP is spreading lies about it too,” Deo said on Twitter.

vaccination when the state complained of vaccine shortfall.

The Union health minister, while slamming Maharashtra and some other states, on Wednesday said about Chhattisgarh that regular comments by leaders from the state are intended to spread “misinformation and panic” on vaccination.

Vardhan also said that Chhattisgarh has seen a disproportionately high number of deaths in the last two-three weeks and the state’s testing remains heavily  dependent on rapid antigen tests, which is not a wise strategy.

Reacting strongly to his statement, Deo said, “It is very unfortunate and unexpected and not in the nature of Dr Harsh Vardhan we have known.” He also shared vaccination and testing statistics from his state to contradict Vardhan’s statement.

In response to the unbelievably baseless allegations made by Union Minister of Health @drharshvardhan ji here are some facts which are enough to prove that his is a politically driven agenda and holds no relevance to Centre’s concern about Chhattisgarh. That’s unfortunate! (1/7) pic.twitter.com/GNa2g9xKzp

Alleging unfavourable treatment meted out to only opposition ruled states, Deo said, “While Congress governed Chhattisgarh has already vaccinated more than 10% of its population, BJP ruled states like Bihar, Assam and UP with meagre 3% vaccination failed to find a mention among Hon’ble Union Health Minister @drharshvardhan ‘s tweets. You all may guess why.”

“Any number of deaths because of COVID is saddening, yet connecting it to Anti-gen tests is a bit absurd, @drharshvardhan ji. Even then, there are 8 states with more number of rapid Antigen testing than Chhattisgarh but I am sure they must have somehow slipped your mentions,” he said.

“The PM in his address to the CMs said that our focus should be on testing, however low cumulative testing rate of BJP ruled states like Madhya Pradesh do not make it to your notes @drharshvardhan ji. Are they receiving personal briefings on WhatsApp, instead of on Twitter?,” Deo said.

The Modi Govt must STOP this discriminatory behaviour with the non-BJP governed states.

Fair and transparent exchanges at this time is expected from the Centre so that the whole nation can fight the pandemic together. Think of people before political power, for once! (7/7)

Deo also sought to negate Centre’s assertion that there was no shortage of vaccines in India.

“In his statement (on Wednesday), the Union health minister said that so long as the supply of vaccines remains limited, there is no option but to prioritize…When this is the situation, the government of India should not say there is no deficiency of supply,” he said.

“When the Centre tells the people of the country that there is no dearth of vaccines and when the vaccinesare not available in vaccination centres in states then obviously people will doubt over states,” he said.

It is not possible to take a joint effort forward in a coordinated manner if the elder in the family is making statements like this, he said.

Chhattisgarh is among top four-five vaccinators (states) in the country in terms of percentage, he said, adding that such a statement on the part of the union health minister is completely incorrect.

Deo said the state has a stock of vaccines for the next three days and has been assured that supply will continue (from the centre). Singh Deo said that the state has reduced its dependence on rapid antigen test for coronavirus

while RTPCR testing facilities are being expanded.

“New RT-PCR testing facility is going to start in the next couple of days in Kanker Mahasamund, Korba and  Baikunthpur (Korea district) in the state, in addition to previous such facilities in the state,” he said.

The government of India is also aware that we are planning to start RT-PCR testing labs in Jashpur, Dantewada, Janjgir-Champa, Balodabazar and Durg and requested the Centres assistance in setting up one of them, he added. Vardhan had himself said that the state does not need to do 100 percent RT-PCR tests, Deo claimed.

Earlier, Delhi had also taken exception to being included in states pulled up by Centre for ‘laxity’ in fight against coronavirus

Health Minister Satyendar Jain that the fight against coronavirus

is not a Centre versus state issue and it should not be politicised, a day after the Union government flagged below-par inoculation of eligible beneficiaries in the National Capital Territory and in some other states.

“I would say our common fight is against the coronavirus

pandemic, and it is not a state vs Centre thing. So, we should not politicise the issue, and fight it together,” he added.

Union Health Minister Vardhan had Wednesday alleged some states were trying to cover their “failures” by demanding vaccination for all without first inoculating enough of the eligible beneficiaries.

Vardhan was also engaged in a lengthy back and forth with Maharashtra government after the latter complained out vaccine shortfall and news of inoculation centres having to shut down hit headlines.

Vardhan said that Maharashtra was making a “deplorable attempt to distract attention from the failures and spread panic among the people”. Vardhan made several remarks on how Maharashtra has single-handedly bogged down the entire country’s efforts to fight the virus with its “lackadaisical attitude”.

Following this the Maharashtra government hit back stating it was receiving differential treatment while BJP ruled states were getting a larger share of vaccines.

“Why is Maharashtra, which is leading the vaccination drive and has the highest number of active cases, getting only 7.5 lakh doses?” state health minister Rajesh Tope asked.