Home Sport Cricket After talks with Lions and Sharks, Kwagga explains move back to Japan... 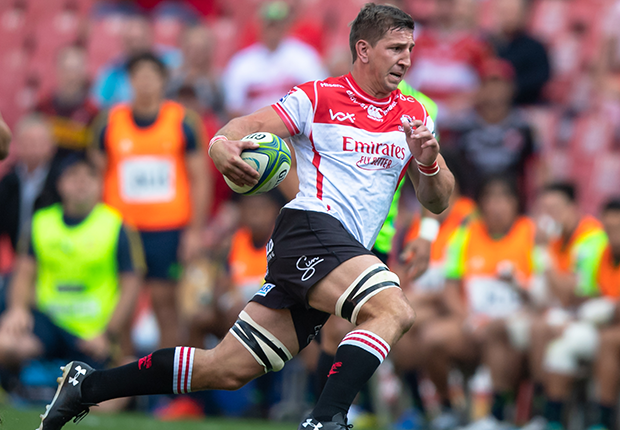 Springbok flank Kwagga Smith has explained his decision to re-sign with Japanese club Yamaha Jubilo instead of joining a local franchise.

According to Afrikaans newspaper Rapport, the 27-year-old had been in talks with both the Lions and Sharks, but ultimately opted to extend his Japanese contract by two years.

The former Blitzboks star said he spent the lockdown on his farm in Mpumalanga, where he trained with his wife Ilke and a friend.

According to the Afrikaans publication, Smith will fly to Japan later this month to play for Yamaha Jubilo in training matches ahead of the Top League season.

“I am very happy at the club. It has been a very uncertain time for the sports industry. Nobody knew what was going to happen with rugby here. Due to the [initial chaos because of Covid-19] falling right in Japan’s off-season, you knew their Top League season would resume in December or January,” he said.

“My next goal is to play against the British & Irish Lions next year. It’s a big dream for me,” he added.

Smith has played six Tests for the Springboks.