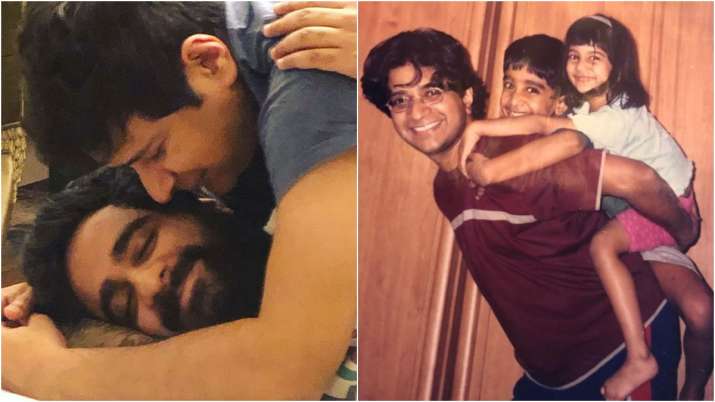 Friendship Day 2022: KK’s ‘Yaaron’ is an irreparable song when it comes to friendship. So many have numerous memories with it. This year, the song means so much more to the singer’s fans. KK, whose real name is Krishna Kumar Kunnath passed away in May. His sudden death had sent shockwaves across the country. Now months later, the late singer’s children and popular faces of industry have come together to pay tribute to KK and recreate ‘Yaaron’.

As Friendship day is around and on the occasion of this late singer’s daughter Taamara and son Nakul Krishna dropped a new version of the popular song. Taking to his Instagram handle, Nakul shared a music video along with a caption. He wrote, “Check it out guys! ‘Yaaron’ Forever! This was quite a bittersweet experience for me. Recording a few lines of the same song in the same booth dad sang in felt special, but I also missed sharing such a moment with him. In a strange way we finally sung together na @taamara.krishna? I really appreciate everyone who sang and was part of this with us and love how this turned out, hope you guys love it too. It’s always about love and friendship.”

In the video, Taamara and Nakul Krishna were seen singing their dad iconic song on friendship. The video starts with Leslee Lewis playing his guitar. And also features singers including Papon, Shaan, Benny Dayal and Dhvani Bhanushali. And glimpses of KK performing on stage, moments spent with his children.

As soon as the video was poster, fans and industry friends dropped their comments. Leslee Lewis wrote, “So happy to have you & @taamara.krishna as a part of this recreation.. I’m proud of you both!! #YaaronForever.” One of the users wrote, ” you sound just like kk uncle. We’ll be living him through you and @taamara.krishna now.”

Krishnakumar Kunnath, known by his stage name KK was best known for his songs, like ‘Tadap Tadap’ from ‘Hum Dil De Chuke Sanam’, ‘Khuda Jaane’ from ‘Bachna Ae Haseeno’, ‘Aankhon Mein Teri’ from ‘Om Shanti Om’, ‘Zindagi Do Pal Ki’ from ‘Kites’ and more, breathed his last on May 31, 2022. He fell ill while performing at Nazrul Manch in South Kolkata and had to be rushed to a hospital where doctors declared him dead on arrival. He was 53.