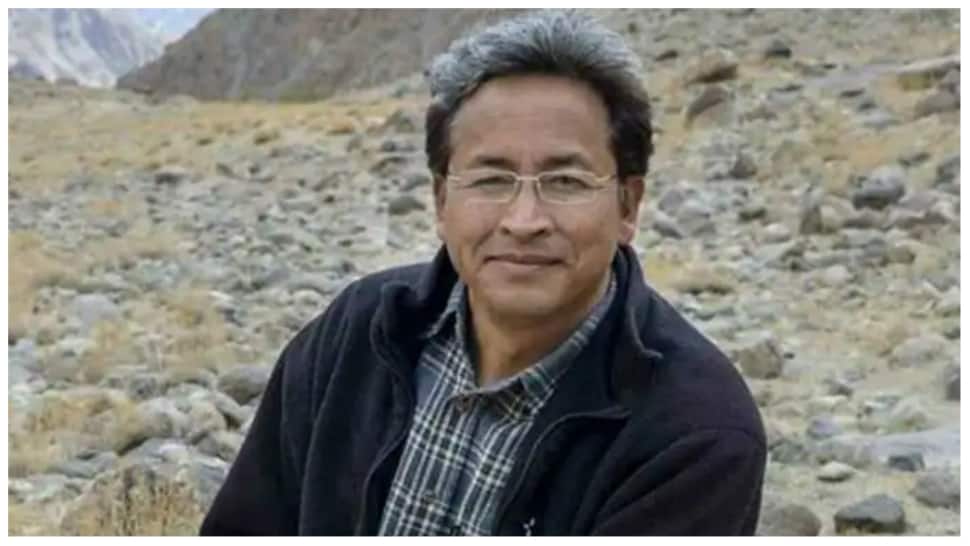 Leh: Sonam Wangchuk, the Social reformist from Ladakh whose life story inspired the Bollywood film 3 Idiots, has urged Prime Minister Narendra Modi for ensuring the safety and protection of Ladakh as studies suggested the extinction of nearly 2/3rd of the glaciers in the Union Territory. Talking to ANI on Sunday, Sonam Wangchuk stressed that if the carelessness continued and the Ladakh is refrained from being provided protection from the industries, the glaciers here will extinct, thus creating enormous problems due to water scarcity in India and its neighborhood.

“If measures are not taken, the industries, tourism, and commerce will continue to flourish in Ladakh and will eventually finish it. Recent studies from Kashmir University and other research organizations have concluded that glaciers in Leh-Ladakh will finish nearly to its 2/3rd if they are not properly taken care of. A study by Kashmir Univesity has found that the glaciers surrounded by highways and human activities are melting at a comparatively faster rate,” Wangchuk said.”Global warming America and Europe alone is not responsible for this climate change, but local pollution and emissions are equally responsible for this.

In areas like Ladakh, there should be minimal human activities so that the glaciers can remain intact for the locals here and the country across,” he continued. Further, stressing the need for the adoption of sustainable development, the engineer-turned-education reformer appealed to Prime Minister Narendra Modi to ensure the protection of Ladakh and other Himalayan regions from “industrial exploitation”. It will help safeguard the lives and employment of the people, he added.”It is my appeal to PM Modi to provide protection to Ladakh and other Himalayan regions from this industrial exploitation as it will impact and safeguard the lives and jobs of the people.

However, I believe that besides the government, the people should also be equally concerned about climate change and look after the measures to mitigate it,” he said emphasizing to adapt to the sustainable mode of living that the resources are being used to meet the development goals while keeping them preserved for the coming generations so that the nature can continue providing its resources and services to the humans.He further appealed to the children to avoid the wastage of food and clothes as it technically harms the environment in return. In a 13-minute long video shared by Wangchuk on his YouTube channel, he `urgently` appealed to the people of the country and the world to help protect the “environmentally sensitive” region of Ladakh.

He has also highlighted to PM Modi to intervene and safeguard the ecosystem under the sixth schedule of the Indian constitution.”This is an urgent appeal from Sonam Wangchuk in Ladakh (in the Indian Himalayas) to the people of India and the world to help protect the environmentally sensitive region of Ladakh. He appeals to the Prime Minister of India to intervene and safeguard this fragile ecosystem under the sixth schedule of the Indian constitution,” the description of the Youtube video read.”ALL IS NOT WELL in Ladakh! In my latest video, I appeal to @narendramodi ji to intervene & give safeguards to eco-fragile Ladakh.

To draw the attention of Govt & the world I plan to sit on a 5 day #ClimateFast from 26 Jan at Khardungla pass at 18000ft -40 °C,” he said in a Tweet. Wangchuk, while talking to ANI, also expressed that he wants his message to reach PM Modi and the people on Republic Day, for which he would sit on a five-day fast at the Khardongla pass.”I will hold this 5-day long fast (Sanketik Anshan) at the Khardongla pass at a temperature of minus 40 degrees to deliver my message that these glaciers will not live anymore if we continued doing such hazards to the Earth,” he told ANI.

In another tweet, Wangchuk wrote: “A TEST RUN for my #ClimateFast at #Khardungla 18,000 ft minus 40 °C starting 26th January… But the test is on my rooftop at #HIAL Phyang at 11,500 ft Will update about the -20 experience in the morning #SaveLadakh.”Born in 1966, Wangchuk, a mechanical engineer and Director of the Himalayan Institute of Alternatives, Ladakh (HIAL), was a recipient of the Magsaysay Award in the year 2018. Wangchuk`s personality inspired the fictional character of Phunsukh Wangdu essayed by Aamir Khan in the 2009 film.

The Ladakh-based engineer is known for setting up his innovative school, the Students` Educational and Cultural Movement of Ladakh (SECMOL), whose campus runs on solar energy and uses no fossil fuels for cooking, lighting, or heating. He set up the SECMOL in 1988 with the aim of supporting Ladakhi children and youth and training the students whom the system termed as failures. In 1994, Wangchuk launched Operation New Hope to bring reforms to the government school system.