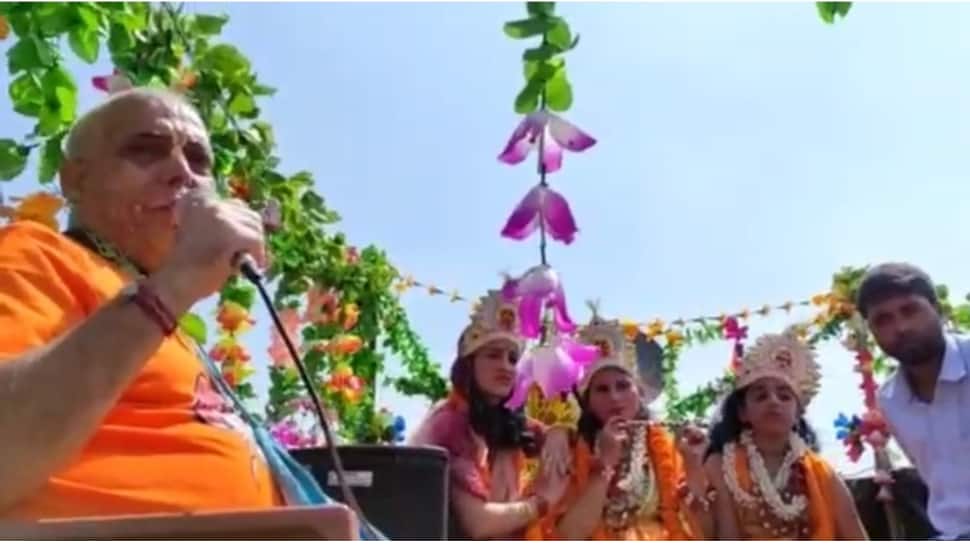 Srinagar: Janamashtami is being celebrated with religious fever in Kashmir Valley. The traditional Janki was taken out from the Zaandar Mohalla area of Srinagar and passed through the city centre Lal Chowk area. The Janki had a brief halt at the historic clock tower, popularly known as Ghanta Ghar where the participant Kashmiri Pandit was seen dancing and singing Bajan Kirtan.

Extraordinary security arrangements were in place for the Janki Yatra all over the route. In view of the recent attacks on Kashmiri Pandits and the terrorist threat of attack on non-locals, forces have put in place elaborate tight security. The bulletproof vehicles of security forces along with dozens of force personnel were seen accompanying the Janki Yatra.

The traditional Janki Yatra on Janamashtami is held every year in Kashmir Valley. Among the devotees, including men, women and children who took part in today’s Janmashtami Yatra, the number of Kashmiri Pandits taking part in the rally was much less than in previous years.

While talking to News24, the devotees said the reason for less participation of Kashmiri Pandits in the rally was the recent fresh attack on Pandit’s family in Shopian South Kashmir. The devotees said that they pray for the peace and harmony of everyone in Jammu and Kashmir and the rest of the country.