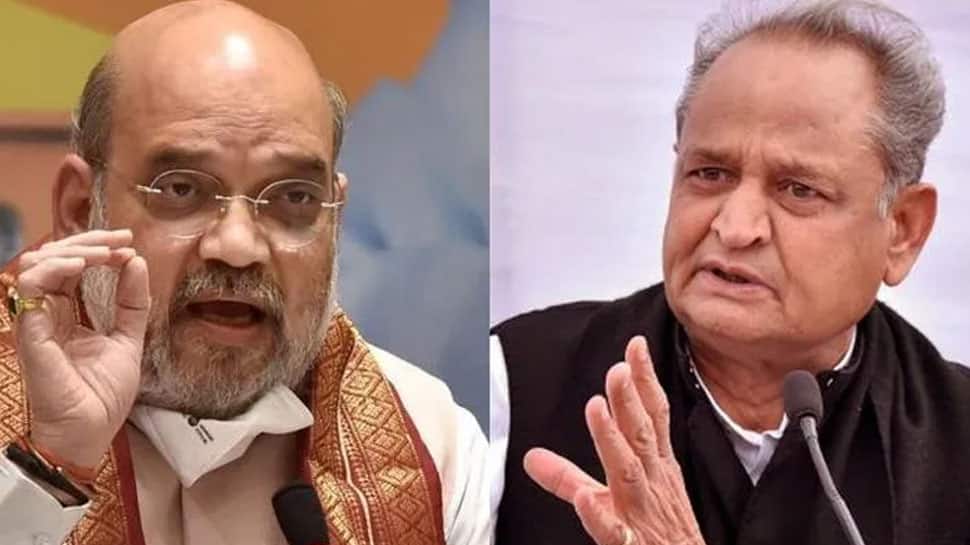 The Rajasthan Chief Minister said the ruling BJP is worried because the ‘Bharat Jodo Yatra’ is getting an “extraordinary response” from people. “What problems do they have with the Bharat Jodo Yatra? They are talking about Rahul Gandhi’s T-shirt while they themselves wear sunglasses of Rs 2.5 lakh and muffler of Rs 80,000. The price of the muffler which the Home Minister wears is Rs 80,000,” Gehlot told reporters in Churu.

Rajasthan | Why is BJP concerned about the Bharatjodo Yatra? Do they have no work? Now they are commenting on a T-shirt. They (BJP) wear specs worth 2.5 lakhs, the Home Minister himself wears a muffler worth Rs 80 thousand. They’re politicising a t-shirt now: CM Ashok Gehlot pic.twitter.com/0OIm5OnTj1
— ANI MP/CG/Rajasthan (@ANI_MP_CG_RJ) September 12, 2022

“They (BJP) are doing politics on T-shirts,” Gehlot added. The Rajasthan Congress veteran said the public response to the yatra was extraordinary and the BJP leaders were perturbed. “Prime minister, home minister and other leaders are leaving their work and attacking Rahul Gandhi,” he said.

The war of words began after the BJP on Friday took a dig at Rahul Gandhi by suggesting that he was wearing a T-shirt costing over Rs 41,000 during the Bharat Jodo Yatra which started from Kanyakumari last week.

In response, Congress reminded the BJP of the ‘Rs 10-lakh suit’ donned by Prime Minister Narendra Modi in the past.

As the war of words intensified, the Congress on Monday tweeted an image of Khaki shorts on fire on Twitter with a caption “to free the country from shackles of hate and undo the damage done by BJP-RSS…”, triggering a political storm as the BJP and the RSS accused it of spreading “hatred and contempt” and calling it a “blatant instigation for violence”.

Posting the image with ‘145 days more to go’ tagline on its official handle, the Congress tweeted, “To free the country from shackles of hate and undo the damage done by BJP-RSS. Step by step, we will reach our goal” with a hashtag “Bharat Jodo Yatra”.

The BJP lashed out at the Congress for its “promotion of violence and hatred” with its spokesperson Sambit Patra dubbing the yatra as “Bharat Todo Yatra” and “Aag Lagao Yatra”.