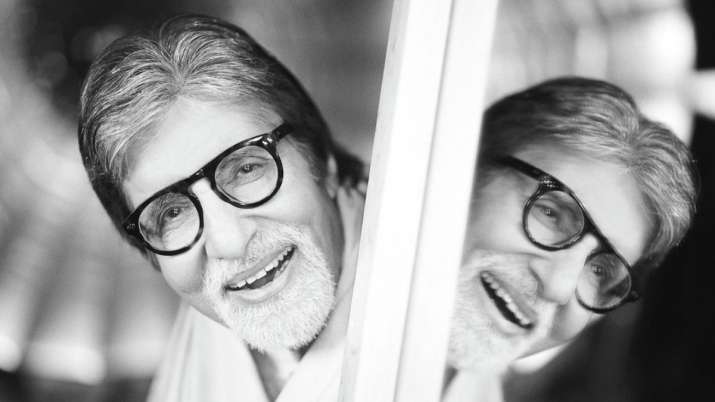 Megastar Amitabh Bachchan shared a delightful monochrome picture of himself with his fans and followers on social media. The all smiles post-pack-up picture was captured by the celebrity photographer Avinash Gowariker. In the picture, senior Bachchan can be seen wearing a plain white outfit and his signature black-framed glasses. Expressing his love for the picture clicked by Avinash, Big B conveyed his appreciation in a unique way by putting words together as if in a quiz.

“The immaculatedpassiontrendinghairglassescostumecreativityinsistencerapidfirewoburnspeakers (The immaculated passion trending hair glasses costume creativity insistence rapid-fire Woburn speakers) @avigowariker .. and his trademark post pack up shot .. HOW DO YOU DO THIS AVI ? Thank you .. love,” he wrote.

Avinash re-shared the picture on his Instagram handle and wrote, “#PostPackUpShot with TheBoss shot after a long gap Just no words to describe what I feel every time I see Him through my lens.. @amitabhbachchan . #AmitabhBachchan #BrandShoot #Wednesday.”

Amitabh Bachchan’s upcoming slate of work includes ‘Chehre’, ‘Jhund’, ‘Brahmastra,’ ‘Mayday’ and a remake of the Hollywood film “The Intern” coming up, besides an untitled film with Prabhas and Deepika Padukone.

He is also working on the Vikas Bahl-directorial ‘Goodbye’ and recently completed its first shoot schedule. Alongside him, the film also features actors Neena Gupta, Rashmika Mandanna, Pavail Gulati, and Elli Avram. ‘Goodbye’ is a Good Co. production, and is being produced by Balaji Telefilms and Reliance Entertainment. The actor began shooting for Goodbye in April. However, given the rising numbers of COVID cases the shoot. The film is being produced by Ekta Kapoor.