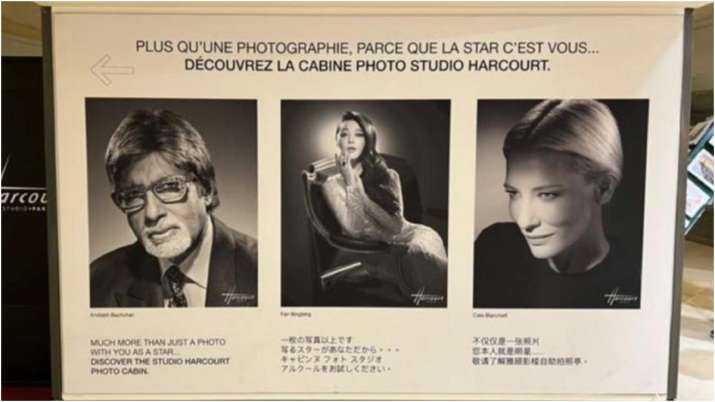 Amitabh Bachchan expressed surprise over his image featuring on the advertisement board of a hair salon in Paris. Celebrity hairstyles are a favourite among people, who often like to copy a look from their favourite star’s movies. At the French salon, Big B’s iconic look consisting of middle-parted hair and a goatee was displayed at the French salon. On the poster, Big B featured Hollywood star Cate Blanchett and another model.

Big B shared on Instagram that someone sent him the picture on the board of a hair salon. He captioned his post, “A surprise from one who was in Paris and saw a Hair dressing Salon showing my photograph .. good Lord ! What on Earth is the World coming to (sic).” Netizens fell in love with the fact that Big B is as popular and celebrated abroad as he is in India.

Big B returns as KBC host

On the work front, Amitabh Bachchan-hosted Kaun Banega Crorepati 14 will air on Sony Tv from Sunday, August 7. The premiere episode will see Aamir Khan as a special guest along with others. Since season 7 in 2013, the top prize on KBC had been Rs 7 crore, and it was increased to Rs 7.

5 crore in season 14 in 2022 to celebrate 75 years of India’s independence. Big B has hosted KBC since its inception in 2000, except for the third season in 2007, which was hosted by superstar Shah Rukh Khan.

Apart from KBC 14 host, Big B is also set in a number of movies in the coming time. They are Brahmastra: Part 1, Uunchai, Goodbye, Project K, The Intern remake and Gujarati film Fakt Mahilao Mate among others.