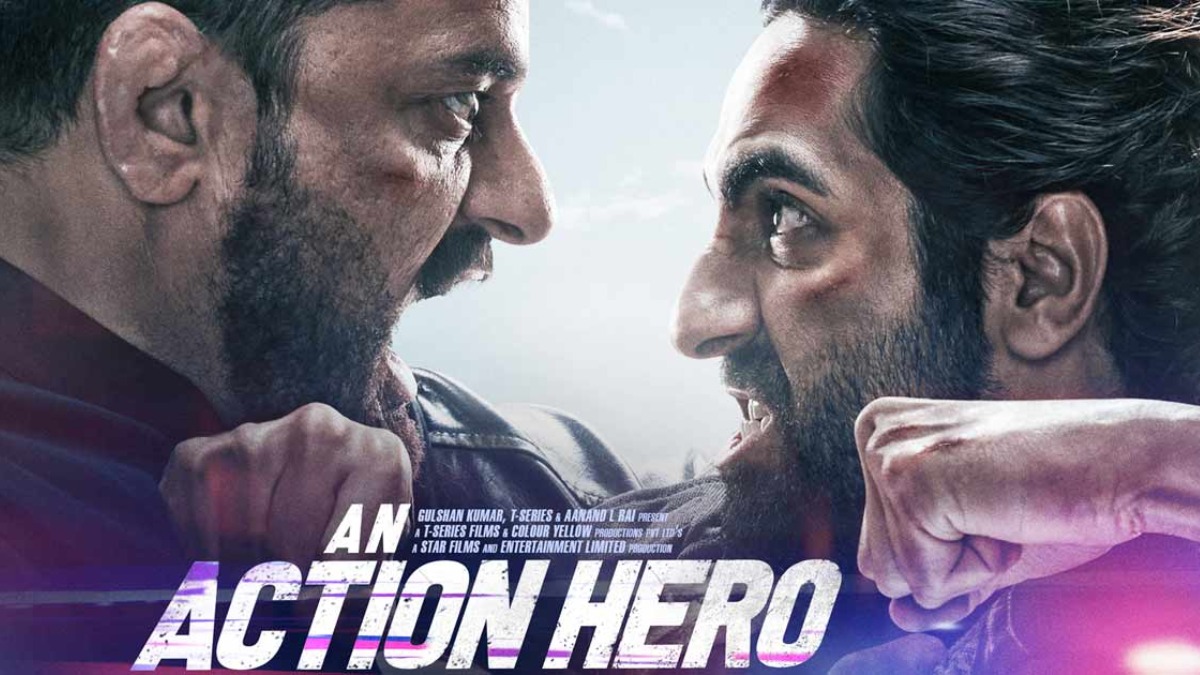 An Action Her Box Office Collection Day 4: Ayushmann Khurrana and Jaideep Ahlawat actioner climbed up the success ladder slowly but steadily on weekend. However, the first Monday witnessed a major drop. The film which opened quite low on the ticket windows at Rs 1.31 crore on Friday, earned only Rs 2.52 crore on Sunday at the domestic box office despite positive reviews. Directed by Anirudh Iyer, the film has earned Rs 5.99 crore in its first three days, since it was released on December 2. On its first Monday, An Action Hero hardly minted any money. According to trade reports, the Ayushmann starrer has earned a total of Rs 6 crore till now.

An Action Her Box Office Report

An Action Hero faced competition from  Ajay Devgn’s Drishyam 2 and Varun Dhawan and Kriti Sanon‘s Bhediya at the box office. On Day 4, the film registered a very low count as it hardly saw an audience. Reportedly,  An Action Hero had an overall 8.70 per cent Hindi Occupancy on Monday, December 5.

Box Office India stated that collections in mass circuits remained low even. “Simply put you cannot make an action film which does not appeal to the mass circuits as the urban crowd will be limited unless its more of a concept thriller where this crowd may come out through word of mouth. The film failed to push up much on Sunday due to the lack of mass patronage,” BOI added.

Ayushmann’s note to the audience

Ayushmann took to social media to write a note of love for the film and the audiences who turned up to see An Action Hero. He wrote, “This is my first action film. This is Anirudh Iyer’s first movie, it is musician’s Parag’s first theatrical, writer Neeraj Yadav’s first film…During the entire journey of An Action Hero, it really felt like we were the newest students of cinema and were all set to make something really new and exciting.”

He continued, “As a team, we are always inclined to cause creative destruction. From Shubh Mangal Saavdhan, Shubh Mangal Zyada Saavdhan and now An Action Hero, we have tried to give audiences something new to savour and discuss through our brand of cinema. So we are humbled with all the positivity and strong word of mouth. We hope this snowballs into more and more people coming into theatres. We have always wanted to tell stories differently and projects that are fresh, unique and clutter-breaking. We are grateful for all the love coming towards An Action Hero. It validates our stance of walking the road less travelled, to take risks and hopefully contribute to making our industry a more diverse storytelling entity. For us, An Action Hero is a rare script, a film that was meant to push the envelope of creativity and we hope you continue giving it love and appreciation in days to come. Keep loving and supporting.” The post was signed by Ayushmann and producer Aanand L Rai.