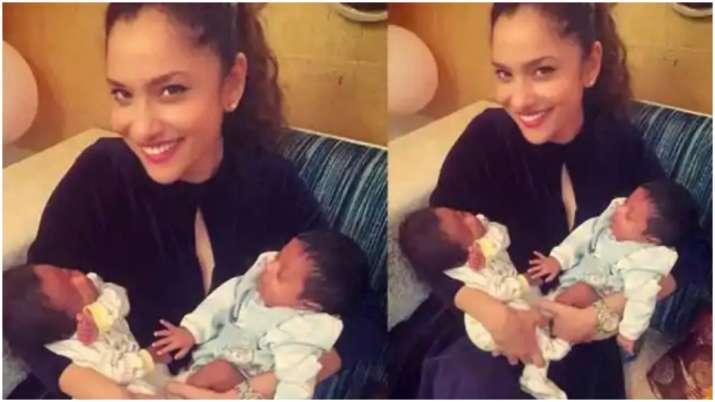 After some stressful months, actress Ankita Lokhande looks forward to moving on to happy tidings. The actress, who has been mourning the death of former boyfriend, actor Sushant Singh Rajput, shared a picture on Instagram to announce the birth of twins in her family. “Our family rejoices — a new life’s begun, Our circle is richer with the birth of these TWINS. WELCOME Abeer and Abeera,” she wrote while sharing a picture of herself with the newborn twins. In the social media post, Ankita beams with joy as she poses with the newborns sleeping in her arms.

Ankita has been using her Instagram account to share posts about Sushant regularly. On August 8, she shared a picture of late Usha Singh, mother of Sushant, saying that she believes mother and son are together now. In the picture, Ankita is seen holding a photo frame with the image of Sushant’s mother in it.

“Believe you both are together,” Ankita had captioned the picture.

On August 5, Ankita expressed happiness about the Centre agreeing to a CBI inquiry into the Sushant Singh Rajput death case. “The moment we’ve waited for has finally arrived,” Ankita had tweeted. As a caption, she had added: “Gratitude”.

Travis Barker’s cause of hospitalisation revealed, wife Kourtney Kardashian stands by his side

Box office clashes of films will happen more due to COVID19: Akshay Kumar