Home Sport Another Australian sportsman in trouble due to bubble breach 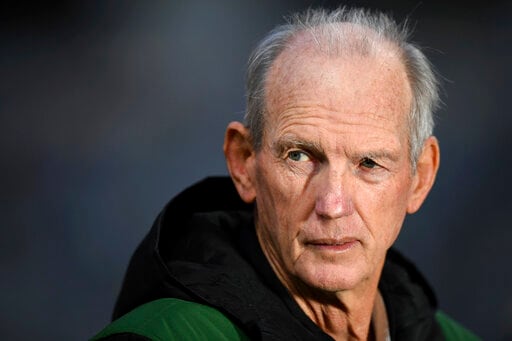 BRISBANE, Australia A National Rugby League player has been fined 30,000 Australian dollars ($21,350) and told to leave his team’s bio-security bubble after visiting a barber shop in contravention of the isolation rules imposed during the coronavirus pandemic.

It continued a recent trend among NRL and other football players and officials in the past week in Australia.

Interim NRL chief Andrew Abdo on Wednesday said Brisbane Broncos forward Tevita Pangai Jr. had committed multiple breaches and shown disregard for the rules. He wont be able to return to the bio-secure area until such time that he can satisfy the NRL that he will comply with all bio-security protocols.

Pangai was also reported by Australian media to be among 10 players to visit a Brisbane pub on Aug. 1 in another potential breach of the league’s bio-security rules. The league and Queensland state police are investigating.

We will do everything we can to protect our season,” Abdo said. “Players or officials who show they are unable to comply with the bio-security protocols will be removed from club bubbles until we are satisfied that they will comply with the protocols.

On Monday, Australian Rugby League Commission chairman Peter Vlandys warned players and coaches that those breaking the strict bio-security measures are putting their incomes, the game and the public at risk.

It follows a number of high-profile rugby league identities, including seven-time premiership-winning coach Wayne Bennett, being sanctioned last week and put on quarantine holds for 14 days after leaving their teams to go out in public.

The NRL season went into hiatus after two rounds in March when Australia closed its international borders and went into lockdown to slow the spread of COVID-19. It was the first collision sport to resume competition in late May, but only after making assurances to federal, state and local governments about the strict protocols around the isolation of players and team staff.

Under the NRLs bio-security rules designed to keep the league in play during the pandemic, players and selected club officials cannot have visitors from outside the so-called bubble, or go to pubs, cafes or restaurants.

While Queensland has shut its border to New South Wales and Victoria, which is in strict lockdown after a second wave of coronavirus infections, the so-called Sunshine State has become home-away-from-home for the NRLs Melbourne Storm, all Melbourne clubs in the Australian Football League and the entire Super Netball League. All interstate teams must abide by strict isolation rules.

The breaches havent been only in the NRL, with a series of fines handed out in the homegrown sport of Aussie rules.

Collingwood coach Nathan Buckley was fined 25,000 Australian dollars ($18,000) by the AFL after he and his assistant Brenton Sanderson played tennis with Fed Cup captain Alicia Molik, a former tennis professional, in the Western Australia capital city of Perth.

And Brooke Cotchin, the wife of the Richmond Tigers two-time premiership-winning captain Trent Cotchin, cost the club A$20,000 ($14,300) after she breached bio-security protocols last week in Queensland state by going to a beauty salon to get a facial treatment.

Carlton, the North Melbourne Kangaroos and Hawthorn clubs have also been fined by the AFL.