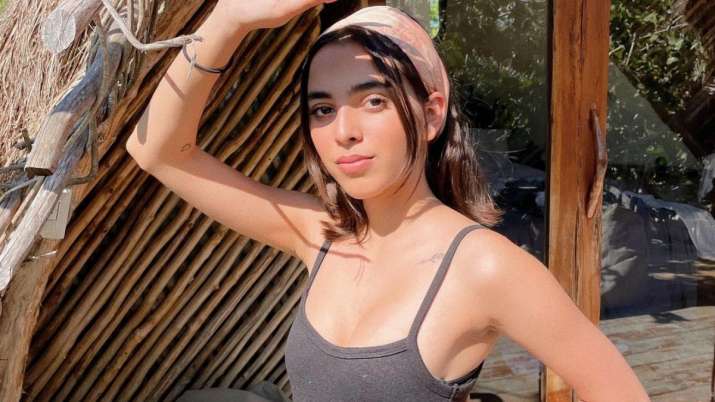 Anurag Kashyap’s daughter Aaliyah Kashyap, who is a lifestyle vlogger and lives in California took to Instagram Stories to inform people that there is a fake profile of her on a dating app. She urged everyone to block and report it. Posting the screenshot, Aaliyah wrote, “A lot of people DMed me that someone made a fake profile of me on the dating app ‘OkCupid’. This is not me pls block and report thank u very much.”

Aaliyah’s fake profile on the dating app read ‘the daughter of Anurag Kashyap, the director of Gangs of Wasseypur and many other movies’. The bio also says, “Yaha ok cupid pe hu toh (I am on OkCupid to) meet some guys out of the film industry.” 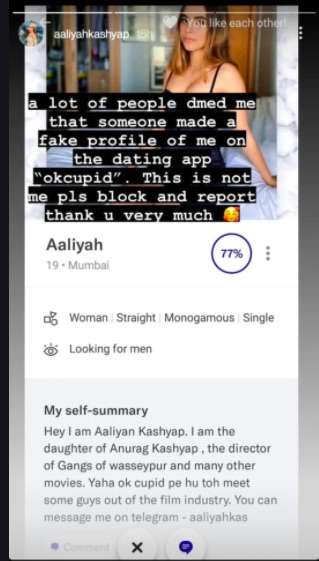 Meanwhile Aaliyah is currently dating Shane Gregoire whom she met on a dating app. “On the dating app, I swiped on him first. On Hinge, it’s like, you swipe on them and then there is a like section where you can see who has liked you. And then, you can either like them back or ignore it. So he liked me back and we spoke,” she said in a different video, posted on her YouTube channel.

Earlier in February, Aaliyah had opened up about being trolled on social media in one of her vlogs. “I just realised it doesn’t matter because these are people hiding behind their phones and I just block every one. Like if there’s anything even remotely negative on my social media, I just block them. Because I want my social media to be a positive place,” she said. Last year, Anurag Kashyap had filed an FIR against a social media user who issued a rape threat to Aaliyah Kashyap.

Aaliyah Kashyap is the daughter of filmmaker Anurag Kashyap and his ex-wife, film editor Aarti Bajaj.

Anupam Kher says he will never join politics: ‘Question of my joining politics does not arise’