This could very well be the last Apple MacBook Pro 13 that runs the Intel processors. That is, if all the chatter about the Apple Silicon powered MacBook Pro update lined up for early next year, is to be believed. The timing seems about right as well, and early 2021 is when the MacBook Pro 13 as we see today, will be in line for a refresh. Whether the MacBook Pro 13 as we know today exists with the processor refresh as well, we do not know. But does that mean you ignore this one, the Apple MacBook Pro, the 2020 refresh? Absolutely not. Just because Apple is poised to slowly move away from Intel’s processors in the coming years, doesn’t change anything for anyone looking to buy a MacBook Pro today. Or for that matter, any other MacBook. It’ll still continue to work as always, it’ll still last you many years, you will still get all the software updates, you will get the new macOS versions as well and it is not as if your Intel-powered MacBook will stop working one fine morning.

The Apple MacBook Pro 13 is available in four variants in India, at this time. Interesting enough, and you probably need to pay a bit of attention to this—there are two variants on the slightly older 8th generation Intel Core processors and two variants on the new 10th gen Intel Core processors. Apple has over the past few years kept some differentiation between the entry-spec MacBook Pro 13 and the higher spec variants. If you remember, the non-Touch Bar and the Touch Bar versions? Now, the differentiation happens with the processors powering the two lines. Prices start at Rs 1,22,990 and Rs 1,41,990 for the entry spec variants which now has double the storage as before—256GB SSD and 512GB SSD. And then there are these—the 10th gen Intel Core powered machines. The one with 512GB SSD is priced at Rs 1,74,990 while the one with 1TB SSD will cost you Rs 1,94,900.

Competition for the Apple MacBook Pro 13 remains as always, from the Windows 10 ecosystem. But the new Dell XPS 13 2020 refresh, with its significantly higher price tag compared with the predecessors, means it is no longer going to be looked at with the expectation of value and performance allowing you to save a few pennies in comparison. And then there are the very capable HP machines too, including the ENVY series, the Spectre series and the Elite Dragonfly range—you do have a lot of choice, clearly. That makes it even more important for the 2020 update of the Apple MacBook Pro 13 to really hit the sweet spot.

Design: As MacBook Pro As It Always Has Been

As far as the design goes, it has. It retains the same personality as before, which is great. There is no laptop better built than this, anywhere in the world. The beautiful sculpture of aluminum just has no rivals, except itself. Apple has kept the design of the MacBook Pro 13 pretty much the same for many years, and that continues here as well. That means it is the same width and depth as the predecessor, but is 0.7mm thicker (barely noticeable, mind you) than before to accommodate the new Magic Keyboard. With this update, the MacBook Pro 13, the MacBook Air and now the MacBook Pro 13 all have the new keyboard that replaces the butterfly mechanism with the more reliable scissor switch mechanism. The MacBook Pro 13 running the 10th gen Intel Core processors get four USB-C ports.

And as always, you can buy this in Space Grey and Silver color options, and my preference is always leaning towards the darker Space Grey. The MacBook Pro 13 tips the scales at 1.4kg.

Keyboard: The Butterfly Has Flown Away, And The Magic Keyboard Is Here

The keyboard is the biggest update in a way, because it replaces the one possible weak link that the MacBook Pros have had over the past couple of years—the butterfly keyboard that caused issues if dust or dirt got lodged beneath the keys, since it was less receptive to these alterations in the key press mechanism. With the return to the scissor switch mechanism, which is not only expected to be more reliable, but also brings along a bit more key travel that some users may prefer more. Even though the very foundations of the keyboard have changed, the new-found springiness and consistency of response ensures the MacBook keyboards remain the best in the business, particularly if you type a lot. If you are upgrading from a MacBook that has the sharper travel and response of the butterfly keyboard right now, it’ll be a bit of a learning curve initially, till your fingers get used to the extra distance that needs to be traveled.

The arrow keys are an inverted T, which is perhaps good for the fingers’ muscle memory. The Touch Bar remains as useful or not depending on how you use it. The Esc key and the Power button which doubles up as the Touch ID sensor as well remain separated from the Touch Bar, much like how it is on the MacBook Pro 16.

The trackpad remains unchanged, and why not. Nothing really comes close to the size and the precision of the MacBook trackpads, and the swipe gestures, irrespective of direction, remain unparalleled even though Windows 10 laptops have tried their best. 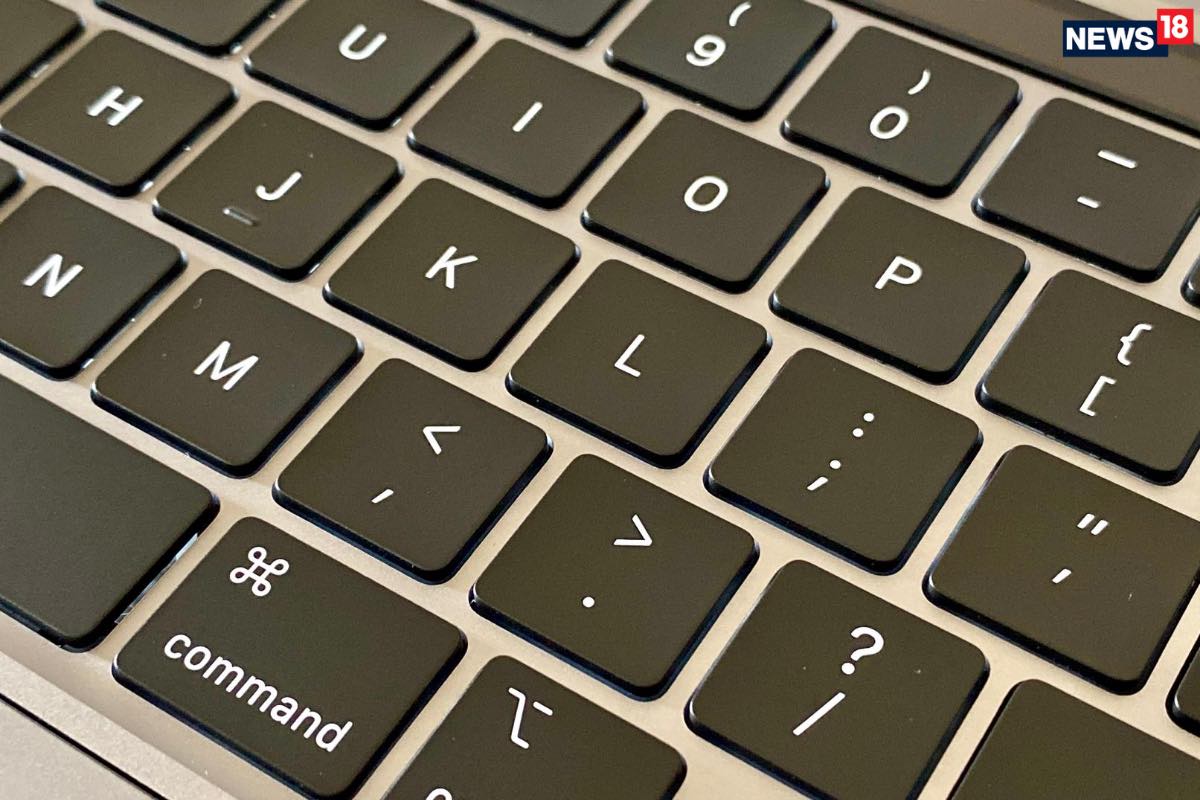 Performance: This Is Pro Territory

With the latest generation Intel Core i5 processor (this is part of the Ice Lake family) chugging away under the hood with 16GB RAM as standard, this really is primed for the “Pro” workload. This is 2.8x faster than before in terms of overall performance. And not to say the previous MacBook Pro 13 and the Intel chips that powered it were not very powerful in their own right. Yet, you should be mistaken for a moment that the new MacBook Pro 13 is just the optimizations of the raw processing power on the processor cores. In fact, it has everything to do with what else Apple has done around the new chip. For instance, the bump to 16GB RAM as standard from 8GB RAM is a straight up 2x performance boost for most apps and while multitasking. There is also the 32GB option for those who want to configure that. This is the 3733MHz LPDDR4X memory which also consumes lesser power than before. Then there is the new Intel Iris Plus graphics which almost twice as fast with certain tasks as the previous generation graphics. In fact, Apple says you can connect a Pro Display XDR to the MacBook Pro 13 and enjoy that output in 6K resolution.

The storage also always plays a very important role in how snappy a machine performance really is. Even the most powerful processor on earth and lots of RAM will not help if the storage is sluggish with read and write speeds. That is, how quickly it can get data off the storage and ready for you to use. Not only has Apple doubled the base storage capacity with this MacBook Pro 13 refresh—it is now 512GB and 1TB instead of 256GB and 512GB as before—but the SSDs in use are blazing fast as well. These go up to 3GB/s of sequential read and write speeds.

Security remains a focus for Apple, and the T2 chip is the core element for that. This piece of hardware manages the Touch ID fingerprint authentication, the Touch Bar itself, the ambient light sensor and also the secure boot as well as encrypted storage features on the MacBook.

Display: The Same Beautiful Canvas For You

What hasn’t changed is the 13.3-inch Retina Display (2560 x 1600 resolution). No need to as well, to be honest, because this is one of the most accurate displays you will find on a laptop. It is bright too, rated at 500 nits and the colour accuracy is top-notch. Ticks off the checklist with the True Tone feature that alters the display’s brightness, colour tone and tint according to the ambient light so that its lesser of a strain on your eyes, and also has support for the Display P3 colour standard. We would have actually resisted thinning down of the bezels around the screen to align more with modern preferences. But you cannot really thin down the bezels on a laptop display in isolation—that would have meant a larger redesign, which we could perhaps see with the next generation MacBook Pro.

FaceTime Cameras: It Really Is Time For An Update

The one area where the MacBook Pro 13 with the 2020 refresh really should have done better are the front cameras. It is still a 720p camera sitting above the display, which is now getting a bit long in the tooth, and when you are using a computing device as powerful and cutting edge as this, it just looks out of place. The recent updates to the 27-inch iMac do give us a hint, don’t they?

Battery Life: Stay Away From Chrome And You Are In Good Hands

Battery life remains very reliable as well. Apple claims around 10 hours of battery life for web use and if you aren’t using the battery hogging Google Chrome, you will easily breach that mark even if you aren’t exactly judicious with the number of tabs you leave open in Safari. I usually keep the brightness levels on the lower side, which also helps with the battery stats. 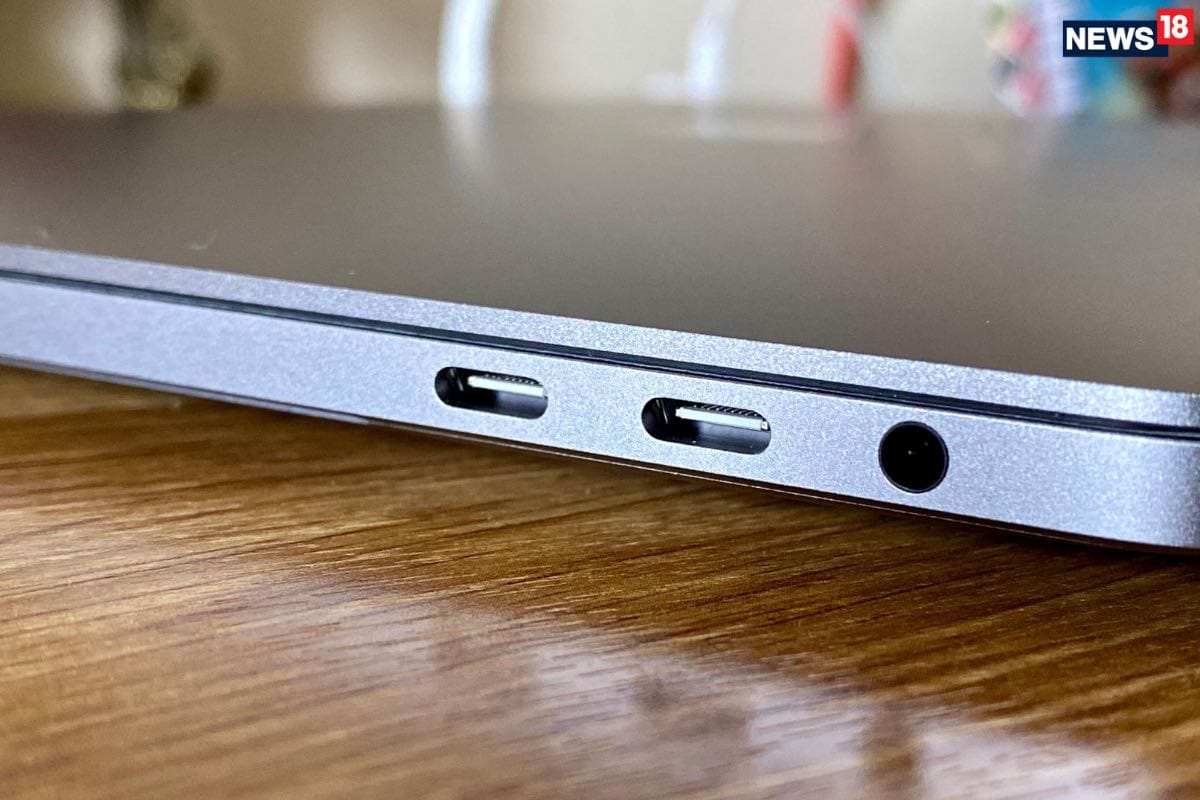 The Last Word: More Powerful And Ever So Dependable

The Apple MacBook Pro 13 with the 2020 refresh remains as dependable as ever and is more powerful than ever before. The new generation Intel processor upgrade as well as the boost for RAM and storage really adds more laptop for the money you spend. What worked well has remained as is, such as the display. What needed an upgrade has been upgraded, such as the processor. And what needed changing because of consumer feedback has been changed, such as the keyboard mechanism and double the storage space.

This again brings us back to the happy news of Apple’s own Silicon powered MacBook updates which arrive later this year or early next year. It is expected that the MacBook Pro 13 or something similar which will replace it, will be one of the first Macs to get the Apple Silicon goodness. Does that mean you don’t buy this MacBook Pro 13? The answer lies in this simple question—do you need a laptop now? If yes, be it for work from home or be it because you need a new machine because your old one conked off, this MacBook Pro 13 makes perfect sense. Even if Apple is shifting away from Intel processors gradually starting next year, it doesn’t mean your Intel powered MacBook will suddenly stop working. It will continue to work as efficiently as always, will continue to get software updates and everything will just carry on as normal.