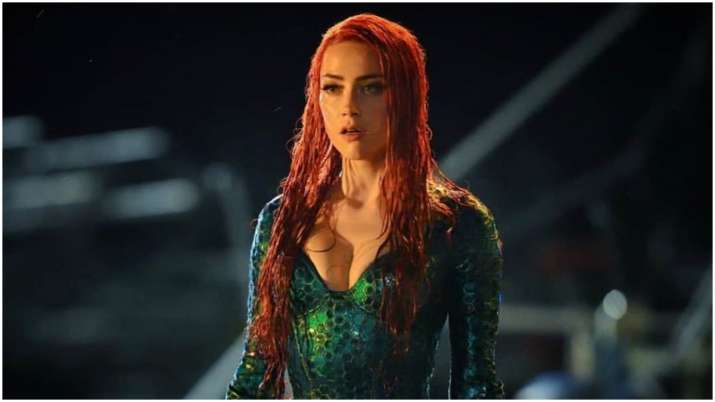 The president of DC Films testified Tuesday that the studio considered replacing actress Amber Heard for ‘Aquaman 2’ out of concern that she lacked chemistry with star Jason Momoa. Heard was ultimately cast in the sequel, but her lawyers have argued that she nearly lost the job and could not renegotiate for more money due to the backlash over her domestic abuse allegations against Johnny Depp, reports ‘Variety’.

Heard is seeking $100 million in a defamation counterclaim against Depp.

Walter Hamada, the head of Warner Bros.’ DC unit, was the first witness called by Depp’s side as they begin their rebuttal of Heard’s counterclaim in court.

Appearing by video deposition, Hamada testified that the abuse allegations played no role in casting decisions in ‘Aquaman 2’.

However, he said the studio did delay picking up its option for several weeks as it considered whether to recast the role of Mera, who was Aquaman’s love interest in the first film.

“They didn’t have a lot of chemistry together,” Hamada said.

“Editorially they were able to make that relationship work in the first movie, but there was a concern that it took a lot of effort to get there.”

Hamada said that the chemistry was created in post-production, using “movie magic, including the film’s score. He said it is not uncommon for two leads to lack chemistry.

“You know it when you see it, and the chemistry wasn’t there,” he said.

That pay was consistent with her original contract, but Heard’s agent has testified that she should have been able to renegotiate for more money due to the global success of the first film. However, Hamada testified that under his leadership at DC Films, he has made a point of not automatically renegotiating for sequels.

“A big part of our philosophy was we were going to hold people to their options,” he said.

Hamada said that ‘Aquaman 2’ — due out next year — was conceived as a “buddy comedy” between Momoa and Patrick Wilson, who plays King Orm, Aquaman’s half-brother. Heard has alleged that her role was “pared down” considerably over time, but Hamada testified it has remained static since the film was first developed in 2018.

Heard’s team has contended that she lost out on at least one other role — an Amazon film with Gael Garcia Bernal — as well as lucrative endorsement deals due to the online campaign against her over her abuse allegations against Depp.