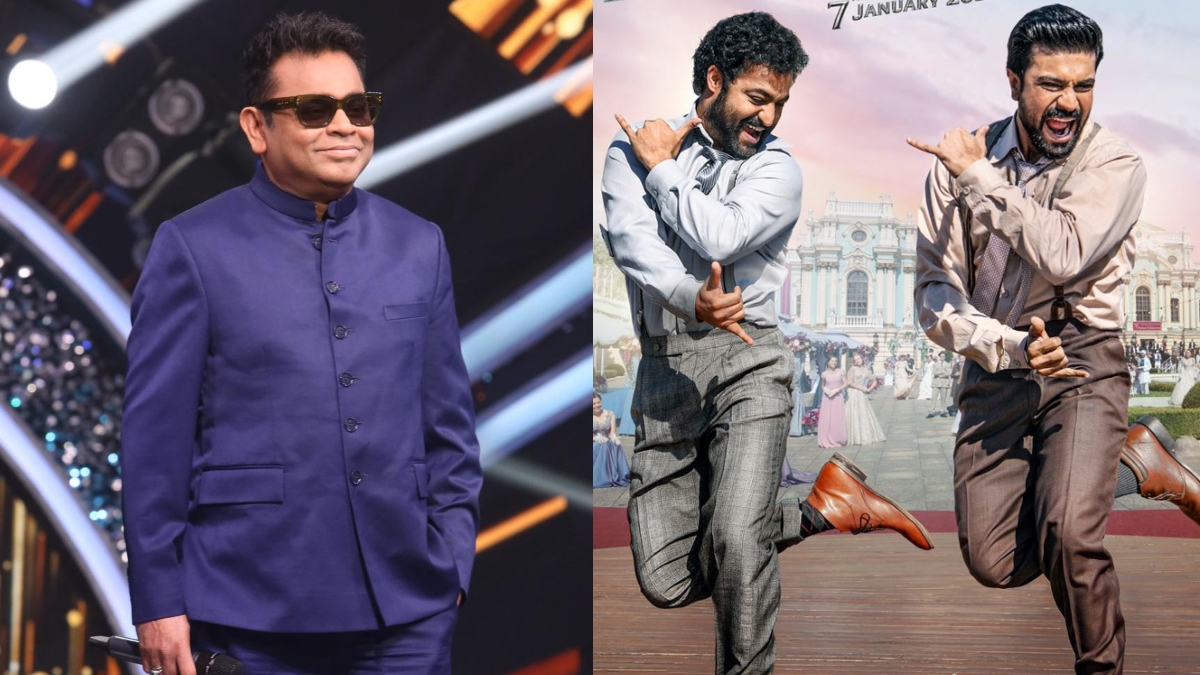 RRR has once again made history. The song Naatu Naatu from SS Rajamouli’s film has been nominated at Oscars 2023 in the Best Original song category. Composed by MM Keeravaani and penned by Kala Bhairava and Rahul Sipligunj, the peppy track features the lead stars of the film, Ram Charan and Jr NTR. It is truly a momentous occasion for India. As congratulations poured in for team RRR, two-time Academy Award-winning music composer AR Rahman too reacted to Naatu Naatu securing a nod at the Oscars. During an interaction with the media at an event in Mumbai, the ace music composer extended his congratulation saying Indian films should have been gaining recognition at the international awards a decade ago.

“I thought it (India getting a nomination) would start ten years back. It’s 12 years late,” he told the reporters, adding, “This should happen every year from India because we are a country of 1.3 billion people and there are amazing geniuses in every aspect of filmmaking. Most of the movies don’t enter the competition.”

“At least they (makers of RRR) had the thing to put it out there. If nobody knows your movie, who is going to vote for it? I wish them the very best and I want them to win,” Rahman said.

At Academy Awards 2023, RRR’s Naatu Naatu will be competing against ‘Applause’ from from “Tell It Like a Woman”, ‘Hold My Hand’ from “Top Gun: Maverick”, “Lift Me Up’ from “Black Panther: Wakanda Forever” and ‘This Is a Life’ from “Everything Everywhere All at Once”.

This is the third major international recognition for “Naatu Naatu”, composed by MM Keeravaani and penned by Kala Bhairava and Rahul Sipligunj after Keeravani won a Golden Globe as well as a Critics Choice award for the track earlier this month. The film won another Critics Choice award — Best Foreign Language Film.

Meanwhile, “Jai Ho” from the 2008 British film “Slumdog Millionaire”, directed by Danny Boyle, was the first Hindi song to win an Academy Award in the Best Original Score and Original Song categories. It was composed by AR Rahman and penned by Gulzar.

Republic Day 2023: Feel patriotism for India with these songs