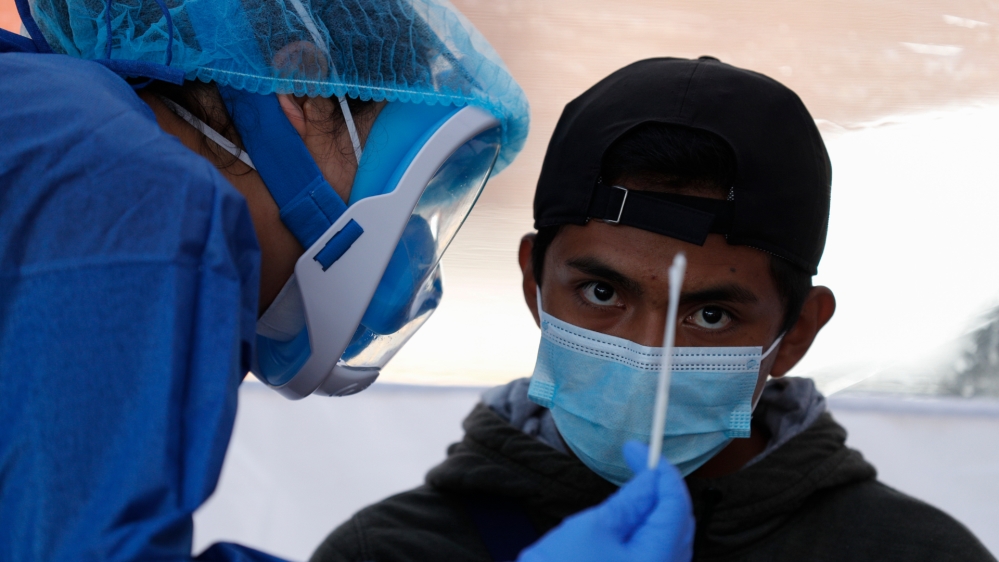 Argentina and Mexico will produce the AstraZeneca COVID-19 vaccine for most of Latin America, Argentine President Alberto Fernandez after a meeting with company executives involved in the project.

An agreement signed between British pharmaceutical company AstraZeneca and the biotechnology company mAbxience of the INSUD Group includes transfer of technology to initially produce 150 million doses of the vaccine to supply all of Latin America with the exception of Brazil, according to the Argentine government.

“Latin American production will be handled in Argentina and Mexico and that will allow timely and efficient access for all countries in the region,” Fernandez said.

Mexican Foreign Minister Marcelo Ebrard said later on Twitter that the deal had been pushed by Fernandez and Mexican President Andres Manuel Lopez Obrador. He said output of the vaccine could extend to 250 million doses.

National Football League (NFL) players in the US can expect daily COVID-19 testing through September 5, the players’ union said in advance of the season kick-off next month.

The league has conducted 109,075 COVID-19 tests among players, staff and coaches since the start of training camps through Tuesday, NFL Chief Medical Officer Allen Sills told reporters, with an overall positive rate 0.46 percent and a positive rate among players of 0.81 percent.

A total of 53 new positives were confirmed among players upon their intake into training camp last month.

“Our goal is all the same: to have the safest possible environment for everyone,” said Sills. “We want to try to ensure that there’s no one – player, coach, staff member, official, anyone – who steps onto a field with an active COVID infection.”

New Zealand reported 14 new COVID-19 cases, of which 13 were locally transmitted infections, as officials scrambled to trace the source of the country’s first outbreak in more than 100 days.

There are now a total of 36 active cases in the country.

“We can see the seriousness of the situation we are in,” Prime Minister Jacinda Ardern said in a televised media conference, noting that experience showed “things will get worse before they get better”.

More cases were likely to be reported in coming days, she said.

Officials said all of the 13 locally transmitted infections were linked to the four Auckland family members in whom the latest outbreak was first detected. Three of the new cases were at a refrigerator storage facility, where one of the family members worked.

A health worker conducts a test at a COVID-19 coronavirus testing centre in the suburb of Northcote in Auckland on August 12, 2020 [David Rowland/ AFP]

Walt Disney World actors, who argued that the US theme park’s proposed coronavirus safeguards were inadequate to protect them, have resolved a dispute about COVID-19 testing, according to a union statement.

The Actors’ Equity Association had called on Walt Disney Co to provide regular coronavirus testing for its members, who cannot wear protective masks while performing as other park employees do.

Disney said on Wednesday that it would provide space just outside Walt Disney World in Orlando, Florida, for a testing site run by the Florida Division of Emergency Management. The site will be open to Disney employees, known as cast members, and the public.

Walt Disney World Update – @Disney has announced that it is providing space for testing in the parks, including for Equity performers within Walt Disney World. With that, Equity’s executive committee has signed off on the MOU with Disney permitting our performers to return. pic.twitter.com/5FZwZt0org

Australia was poised to post its lowest one-day rise in new COVID-19 cases in more than three weeks on Thursday, stoking hopes that a second wave of new infections gripping Victoria state is finally being brought under control.

Victoria reported 278 new infections in the past 24 hours, down from 410 a day earlier.

Australia’s most populous state, New South Wales reported 12 new cases, while Queensland state said it had found no new COVID-19 infections in the past 24 hours.

Barring a large rise in cases from states that have effectively eliminated the virus, that means Australia’s total of 290 cases would be the lowest one-day rise in new coronavirus cases since July 20.

“I think we have to wait and see what happens over the coming week just to make sure that downward slope continues over the days ahead,” Australia’s Deputy Chief Medical Officer Michael Kidd told Australia’s Channel 9. 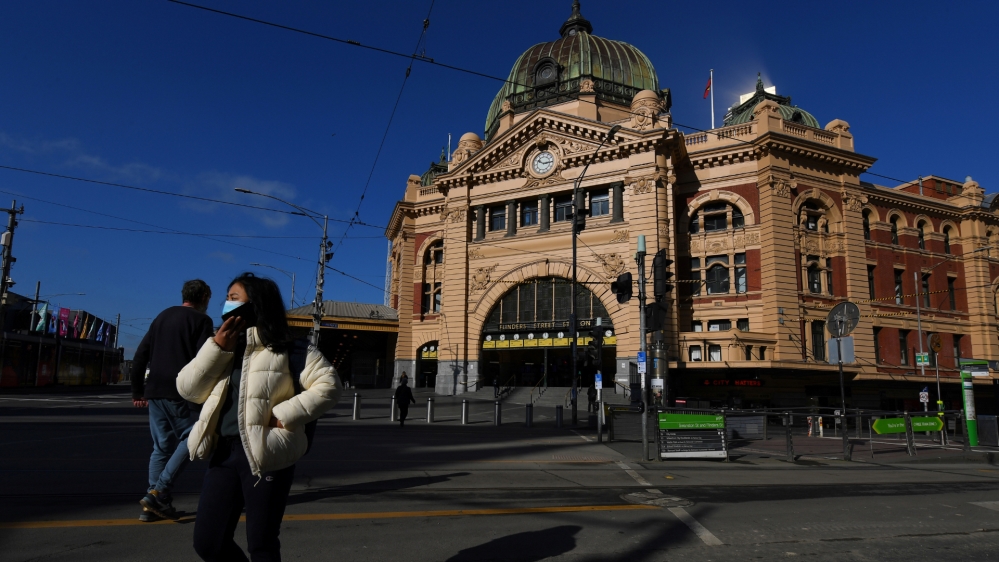 Mexico’s health ministry reported 5,858 new confirmed cases of coronavirus infection and 737 additional fatalities, bringing the total in the country to 498,380 cases and 54,666 deaths.

The government has said the real number of infected people is likely significantly higher than the confirmed cases.

Antonio Guterres, secretary-general of the United Nations, warned that the COVID-19 pandemic not only threatens gains in fighting global poverty and building peace but risks exacerbating existing conflicts and “fomenting new ones”.

The UN chief told a Security Council meeting a number of warring parties took steps to de-escalate and stop fighting following his March 23 call for an immediate ceasefire in conflicts around the world to tackle the coronavirus.

“Yet, regrettably, in many instances, the pandemic did not move the parties to suspend hostilities or agree to a permanent ceasefire,” Guterres said.

The pandemic has also raised growing questions about the effectiveness of health systems, social services, trust in institutions and systems of governance, he said.

“All of this means that our commitment to sustaining peace is more urgent than ever.”

The UN chief also warned that “without concerted action, inequalities, global poverty and the potential for instability and violence could grow for years”.

Peruvian President Martin Vizcarra announced the return of a total curfew on Sundays in response to a new surge in coronavirus cases in the country.

“We want and think that it is better to go back one step so that we are all responsible again for recovering the conditions that we would all like to have,” he said.

The national curfew will prohibit gatherings of family and friends.

Peru’s government has reported more than 489,000 infections, with an average of more than 7,000 new cases per day, and the highest death rate per million in the Americas, above Chile, the United States, Brazil and Mexico.

A revamped coronavirus contact-tracing app for England will begin its public trials on Thursday, according to the BBC.

The software will be modelled after Apple and Google’s privacy-centric method of one smartphone detecting another, BBC said, adding that engineers were still trying to reduce how often the Bluetooth-based tech wrongly flags people as being within two metres (6.6ft) of each other. 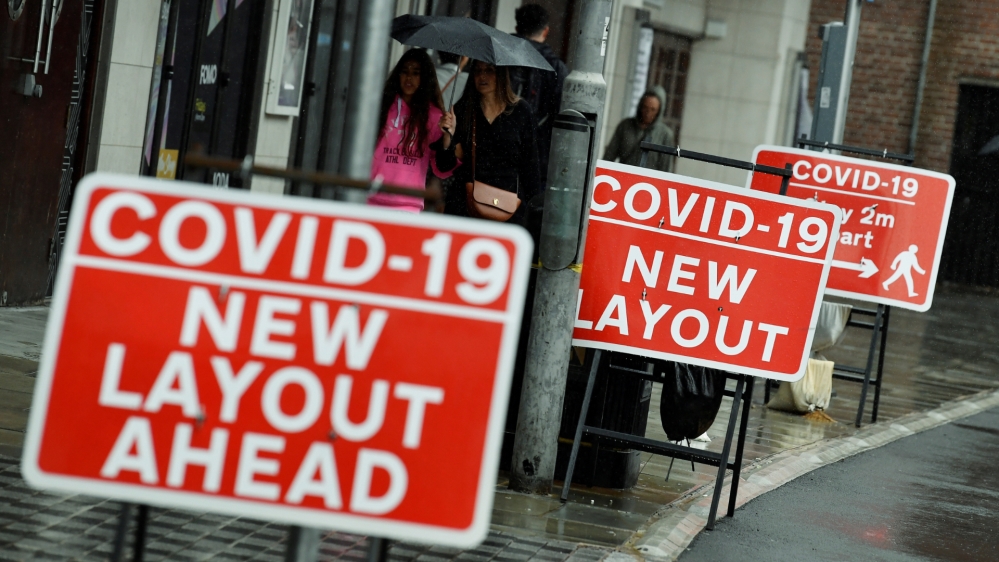 Treasury Secretary Steven Mnuchin, one of President Donald Trump’s top negotiators with Democrats on US coronavirus aid, tried to shift blame for a five-day lapse in talks back on House of Representatives Speaker Nancy Pelosi.

Mnuchin disputed a statement from Pelosi and Senate Minority Leader Chuck Schumer that said Republicans had invited more talks but refused to budge from their initial offer of a $1 trillion response.

He said Pelosi “made clear that she was unwilling to meet to continue negotiations unless we agreed in advance to her proposal, costing at least $2 trillion”.

Sticking points between the two sides include the size of an extended unemployment benefit, aid to state and local governments, money for schools to reopen and other issues.

For all the key developments from yesterday, August 12, go here.