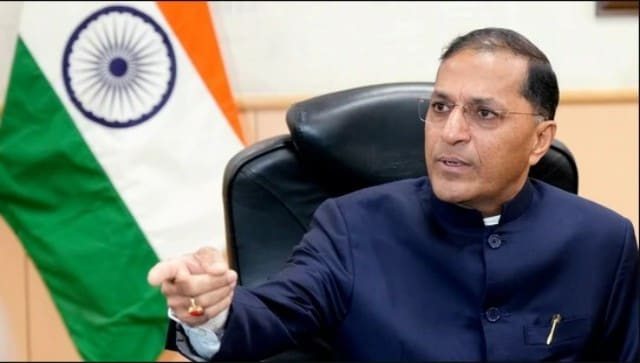 The Supreme Court on Thursday questioned the Centre on Arun Goel’s appointment as Election Commissioner and said that his name was finalized at “lightning speed.”

A five-judge bench led by Justice KM Joseph while hearing a plea seeking reforms in the appointment of Election Commissioners observed that Goel’s file was moved within just 24 hours. When the Centre presented the original file of his appointment before the bench, the apex court asked whether there was any reason behind the urgency to move his file.

Advocate Prashant Bhushan, who is representing the petitioner, stated that Goel was working as a secretary under the government till Friday. However, he took voluntary retirement and was appointed as Election Commissioner the next day.

Thus, in January 1990, the National Front-led government of PM VP Singh amended the rules and made the EC a single-member body again. The PM PV Narasimha Rao-led administration, however, in October 1993, promulgated an Ordinance to elect two more ECs.

What is the process of appointing the Election Commission?

On Wednesday, the SC had asked the Centre about the “mechanism” by which Arun Goel had been appointed and directed it to present the file. Justice Ajay Rastogi asked if there was any specific mechanism or if it was recommended by the Council of Ministers.

Attorney General R Venkataramani replied that the mechanism followed a ‘time-tested convention’. He said that a list of serving and retired officials in the position of Secretaries is prepared, on the basis of which, a panel of names is prepared for consideration by the PM and the President. After considering the panel, the PM recommends the name of one person along with a note to the President of India.

He explained that the ECs appointment follows seniority and the senior among the two ECs becomes the CEC, further adding that it is all on the “basis of time-tested convention” and thus, it was “not a pick-and-choose at all.”

Is there any ‘haste or tearing urgency’ in Goel’s appointment as EC?

Justice Rastogi asked, “This vacancy was available since May… Can you show what prevailed upon the government to initiate the process in a manner that everything was done in the shortest possible time, superfast? The file has not travelled even 24 hours. What kind of evaluation was there?