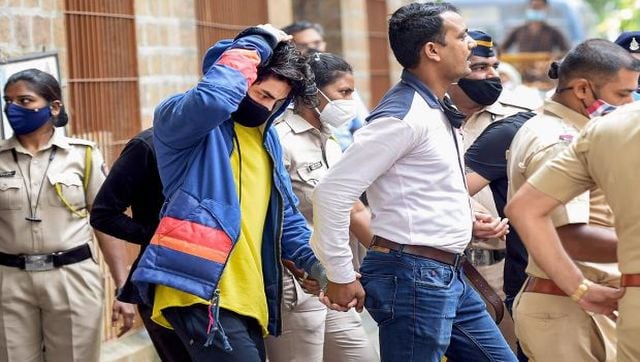 Aryan Khan Drug Case Live Updates: As per the order, Aryan cannot leave the country without prior permission and he cannot make a statement to media, including social media, regarding the proceedings

Three weeks since his arrest, the wait may finally be over for actor Shah Rukh Khan’s son Aryan Khan, who was arrested in a drugs-on-cruise case, as he is expected to walk out of Mumbai’s Arthur Road jail by today evening. The Bombay High Court is going to announce its verdict in the case today at 2:30 pm. Aryan’s lawyers will have to wait till they get the high court’s operative order for taking further steps towards securing his release from jail.

The court will pronounce detailed order with reasons on Friday. “All three pleas are allowed. I will pass detailed orders by tomorrow evening,” Justice Sambre had said. Aryan Khan’s advocates then sought permission to submit cash bail to which the court refused and said surety is to be given.

Once the high court gives the order copy on Aryan Khan’s bail, his lawyers will have to take it to a special court hearing the NDPS cases along with other necessary documents, like sureties. The special court will then issue the release papers, which will have to be submitted to the jail superintendent by 6 pm to secure his release this evening.

In case of any delay in the procedure, Aryan Khan will have to spend one more night at the Arthur Road jail in central Mumbai, where he is currently lodged, and could be released on Saturday.

A single bench of Justice N W Sambre on Thursday granted bail to Aryan Khan, 25 days after he was arrested during a drug raid on a cruise ship off the Mumbai coast. The HC also granted bail to his co-accused and his friend Arbaaz Merchant and fashion model Munmun Dhamecha.

The high court had said it would provide a copy of its order on Friday.

Aryan Khan’s advocate Satish Maneshinde on Friday said they are ready with all the requisite documents, including the sureties, and are waiting for the order copy from the high court.

“We are prepared with our sureties. We are hoping to get the order copy from HC today. Once we receive it, we will submit the same along with all the necessary documents to the special NDPS court, Maneshinde told PTI.

The NDPS court once satisfied with the sureties and other papers shall issue release papers which shall then be submitted to the jail, he added.

“We hope to do it by this evening itself so that we can get Aryan Khan out of jail,” Maneshinde said.

As per procedure laid down, if the formalities, which include submission of sureties, are complete and the release papers are submitted to the jail Superintendent by 6 pm, then the accused would be released on that day.

Aryan Khan, Merchant and Dhamecha were arrested by the Narcotics Control Bureau (NCB) on October 3 and were booked under the relevant sections of the Narcotics Drugs and Psychotropic Substances Act (NDPS) for possession, consumption, sale/purchase of banned drugs and conspiracy and abetment to commit an offence.