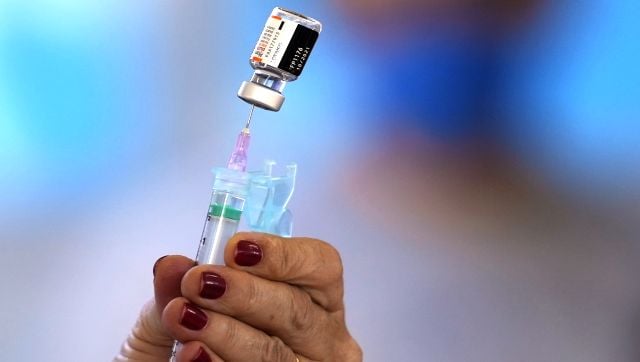 A health worker prepares a shot of the Pfizer COVID-19 vaccine at a community health center in Brasilia, Brazil. AP

On Monday, the Centre told the Supreme Court that ‘no person can be forced to be vaccinated against their wishes’.

This declaration is in sync with the World Health Organization’s (WHO) stance that vaccine mandates shouldn’t come into force till all other options have been exhausted.

However, there are countries across the world that have ignored the WHO and are making it compulsory for citizens to take the COVID-19 vaccine.

The European nation in November became the first EU member to announce it would require citizens to get COVID-19 shots from 1 February. The extraordinary move came just days after it introduced a lockdown for the unvaccinated — a restriction that went farther than other European nations in singling out the people who have been driving a worrying surge in hospitalisation.

Austrian chancellor Alexander Schallenberg said it was the only way to get out of a vicious cycle of waves of the virus.

Greece announced that it would start fining people over the age of 60 who do not get vaccinated.

They would be fined €100 per month if they don’t receive the jab by 15 January.

Prime Minister Kyriakos Mitsotakis defended the measure saying the older group represented 90 per cent of deaths due to COVID-19.

From September, Greece has required that health workers in public and private facilities be vaccinated. They have also tightened restrictions on the unvaccinated recently.

The Emmanuel Macron-led country gave its final approval on Sunday to the government’s latest measures to tackle COVID-19, a vaccine pass. The new law will require people to have a certificate of vaccination to enter public places like restaurants, cafes, cinemas and long-distance trains.

As of now, unvaccinated people can access these venues provided they show a recent negative test report.

With this move, the country is effectively forcing people to get vaccinated or refrain from going out of their homes at all.

Italy announced on 5 January that COVID vaccines would be made mandatory for the over-50s.

It came amid a record surge in COVID infections at the start of 2022.

Last April, Italy became one of the first countries to mandate vaccination for health professionals in an effort to protect patients.

That was later extended to teachers, the military, police and rescue workers. It came into force on 15 December.

On 5 January, university staff were added to the list of professions where vaccination is mandatory.

Currently, the United Kingdom has only mandated vaccines for health and social care workers. Starting 1 April, it will be compulsory for them to get vaccinated against COVID-19.

A small island nation of just over 100,000 people mandated inoculation for everyone over the age of 18 in late July, requiring anyone receiving federal funds — a large portion of the adult population—to prove their vaccination status to receive their cheques.

What does WHO say?

The WHO has warned against mandatory vaccinations unless all other options have been exhausted.

Dr Hans Kluge, the Europe Director of WHO, had said that vaccinations should not be made mandatory “if you haven’t reached out first to the communities”.

“Mandates around vaccination are an absolute last resort and only applicable when all other feasible options to improve vaccination uptake have been exhausted.”

Kluge admitted that such measures had been proven effective in some environments, to increase vaccine uptake.

However, the effect that mandating vaccination could have on public confidence and public trust, as well as vaccination uptake, must be considered.

Conspiracy theories on US spreading monkeypox are all over China’s social media, here’s why

How air ambulances are a boon to organ transplant

Billie Eilish finds dealing with Tourette’s ‘exhausting’: What is syndrome, what are its symptoms?