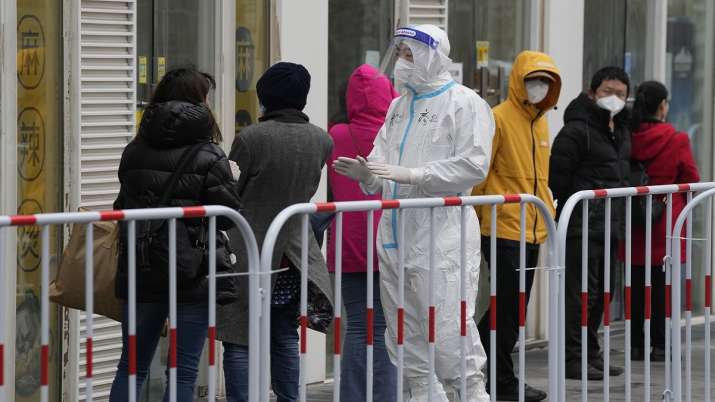 While Covid numbers globally go down, in China, the situation is very different. On Saturday, Beijing started a fresh round of mass testing of Coronavirus and deferred Shanghai’s Gaokao University entrance exam till early July, said a report by Taipei Times.

The draconian movement curbs on Shanghai, an economic and financial hub, have caused frustration among its 25 million residents and triggered rare protests over issues such as access to food and medical care as well as loss of income. While some people have been let out for light and air in recent weeks, residents for the most part say they still cannot leave their housing compounds, as per a report by Taipei Times.

The report mentioned that as per an announcement, Shanghai postponed the city’s Gaokao University entrance exam to early July. It took place in June last year and the last time it was postponed was in 2020, during the initial virus outbreak, reported Taipei Times.

Chinese Communist Party Committee Secretary of Shanghai Li Qiang, a close ally of Chinese President Xi Jinping, told a government meeting on Friday that it was “necessary to issue military orders at all levels, and take more resolute and powerful actions to overcome the great war and great tests,” an official statement said.

The number of infections in Shanghai outside areas under lockdown — a gauge of whether the city can further reopen — fell to 18 on Friday from 23 the day before. Total new cases declined slightly to about 4,000, data released yesterday showed.

China’s COVID-19 policy is increasingly out of step with much of the rest of the world, where governments have eased restrictions, or dropped them altogether, in a bid to “live with COVID-19” even as infections spread.

Beijing is striving to avoid an explosion in cases like that of Shanghai by conducting rounds of mass testing, banning restaurant dining-in services in multiple districts and shutting more than 60 subway stations, about 15 per cent of the network.

It launched the first of three new rounds of daily testing in its biggest district, Chaoyang, home to embassies and large offices, and said residents in other areas where cases had been reported needed to take tests on the weekend, reported Taipei Times.

The city reported 45 new symptomatic COVID-19 cases for Friday, down from 55 cases a day earlier. It recorded eight asymptomatic cases, which China counts separately, versus 17 a day earlier.

WHO: Nearly 200 cases of monkeypox in more than 20 countries