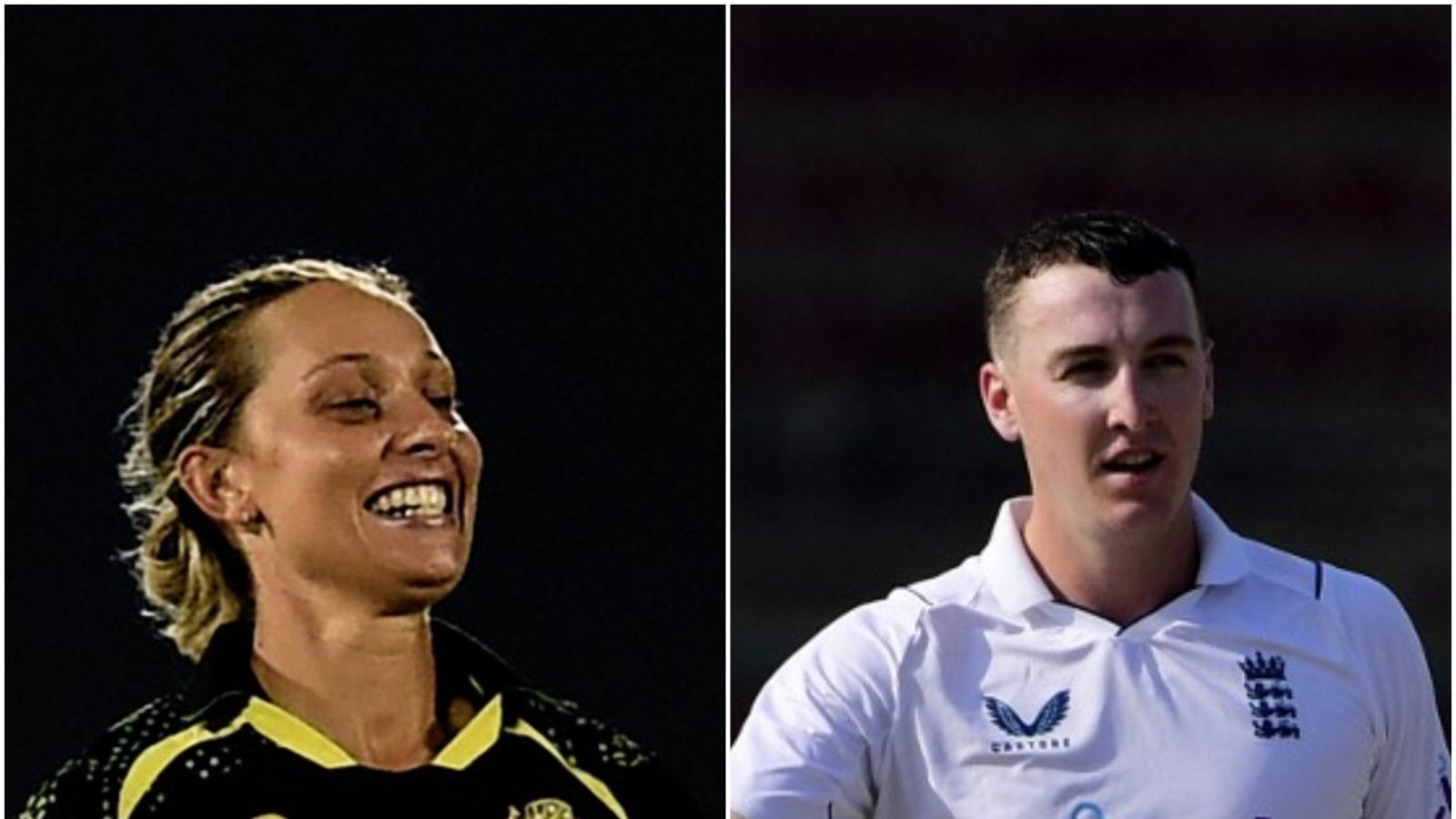 Ashleigh Gardner scored 115 runs at an impressive strike rate of 166.66 and also took seven wickets during a 4-1 T20I series win over India

Australia allrounder Ashleigh Gardner and England’s Harry Brook have won the ICC Player of the Month Awards for December following their sparkling show at the international level. While Gardner produced an excellent all-round show during a bilateral T20I series against India, Brook continued his rise with an eye-catching show in the Pakistan Test series.

Gardner scored 115 runs at an impressive strike rate of 166.66 and also took seven wickets during a 4-1 T20I series win over India. The allrounder saved her best for the fifth and final contest as she struck an unbeaten 66 before taking two wickets in a 54-run win.

“I’m honoured to have been named Player of the Month for December, especially given there’s so many outstanding cricketers in the game at the moment,” Gardner was quoted as saying by ICC in a media release.

“Our tour to India was an incredibly memorable one and it was pleasing to be able to come away with a series win in tough conditions. We’ve got an exciting couple of months coming up, so hopefully we can take that form forward into our series against Pakistan and the ICC Women’s T20 World Cup,” she added.

On the other hand, Brook had a remarkable series in Pakistan as he peeled off three centuries in as many Tests to help England complete a historic 3-0 clean sweep.

Also Read: Cummins Reveals he Once Accidentally Sent a Meme to a Former Australia PM on WhatsApp

The rising England star started the tour in Rawalpindi in emphatic fashion, hitting 19 fours and five sixes on his way to a blistering 153 in the first innings and then followed that with a quickfire 87. In Multan, he scored 108 and 111 in Karachi.

“It is an honour to have won the ICC Player of the Month for December. To win a Test series 3-0 in Pakistan was an incredible achievement and contributing with the bat in my first Test tour with England was a dream come true,” the 23-year-old said after winning his maiden such award.

He continued, “I have to thank my teammates for helping me settle into the environment seamlessly. It is a great team to play in, where we enjoy each other’s company and having fun. Hopefully, our form continues as we start the new year aiming to continue winning series and making a difference in the Test arena.”

‘I Think They’ll Start With Cameron Green at Six’: Adam Gilchrist Thinks The Allrounder Will be Played as a Batter in Nagpur

On This Day in 2019: Vidarbha Beat Saurashtra by 78 runs to Defend Ranji Trophy Title

Eventually Leagues with Cricketing Ecosystem Will Survive, Rest Will Fade Away: Sourav Ganguly

‘He can be Lethal in Indian Conditions’: Shastri Picks Player Whose Form Could ‘Decide the Series’

Border-Gavaskar Trophy: Mitchell Johnson Reveals What Australia’s Game Plan Should Be vs India