Home Sport Asia Cup 2022 Qualifiers: Who will face India and Pakistan in group... 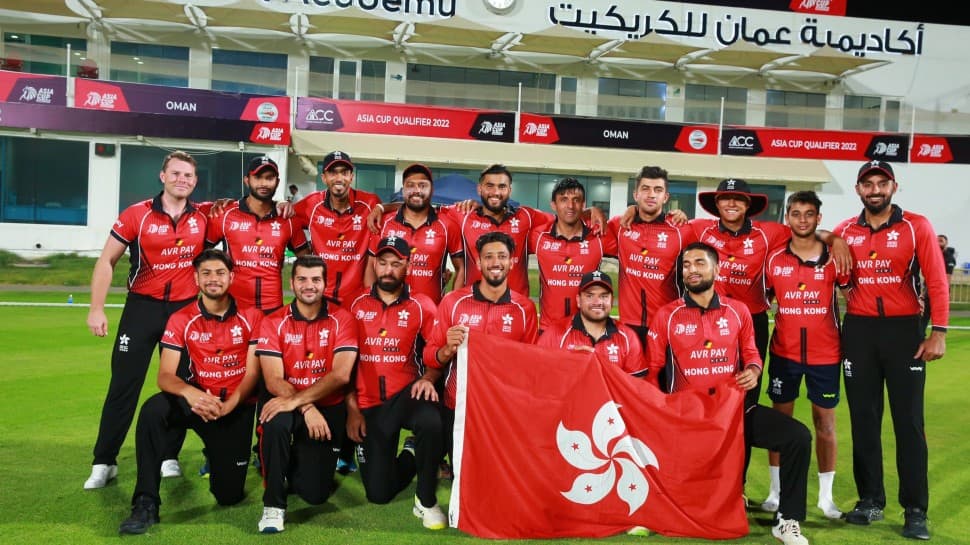 Half-centuries by captain Nizakat Khan (50) and Babar Hayat (53) powered Hong Kong to a comprehensive eight-wicket win over Kuwait in their Asia Cup 2022 qualifier match at Al Amerat in Oman on Tuesday (August 23). Hong Kong are the only unbeaten team in the tournament so far, having won both their games are currently at the top of the table with the United Arab Emirates (UAE) and Kuwait behind them. Singapore having lost both games have already been ruled out of the competition.

The Asia Cup 2022 qualifier featuring four teams – Hong Kong, Kuwait, Singapore and the UAE began on Saturday (August 20) in the round-robin format. Each team will play the other three teams once and the side with the most points at the end of those six games will qualify for the main event. The qualifier has been placed in Group A alongside India and Pakistan. Bangladesh, Afghanistan and Sri Lanka are placed in the Group B.

Congratulations once again on an exceptional win against Kuwait, and moving to the top of the qualifier standings

Hong Kong reduced Kuwait to 57/6 after bowling first before a 30-ball 56 by Edson Silva helped Kuwait post a respectable 151/9 in 20 overs. In reply, Hong Kong opener Yasim Murtaza got his side off to a flying start smashing 46 off 33 balls. Skipper Nizakat scored 50 off 43 balls while Babar Hayat completed the formalities, hammering 53 off just 30 balls with five sixes and two fours.

With two matches to go, here’s how the three teams — in the qualification race…

They have the simplest equation in front of them – win and qualify. They are at the top of the table having already defeated Kuwait and Singapore, Hong Kong don’t have to worry about net run rate (NRR) and the margins. A win will be sufficient for them to advance to the main tournament but they will be facing the favourites UAE in the final game.

They suffered an upset at the start of the tournament with a shock defeat at the hands of Kuwait by just one wicket. However, the Chundangapoyil Rizwan-led side recovered outstandingly well in their next game to beat Singapore by 47 runs and took their NRR to +1.045, which is the best in the competition. A win against Hong Kong should be sufficient for them to qualify as there is a difference of 0.329 between the two teams’ NRR.

They have the most difficult path, but they do have a chance. Kuwait threw open the tournament in their very first game with a thrilling win over the contenders UAE. However, an 8-wicket loss at the hands of Hong Kong didn’t help their cause as it brought their NRR to -0.421.

Kuwait will be playing first so, they have to first ensure that they beat Singapore and if the situation arises, win with a big margin to get their NRR over and above one of Hong Kong or UAE, but that seems difficult as it will need them to win by some outrageous numbers – more than 100 runs while batting first or chase with 7-8 overs left.