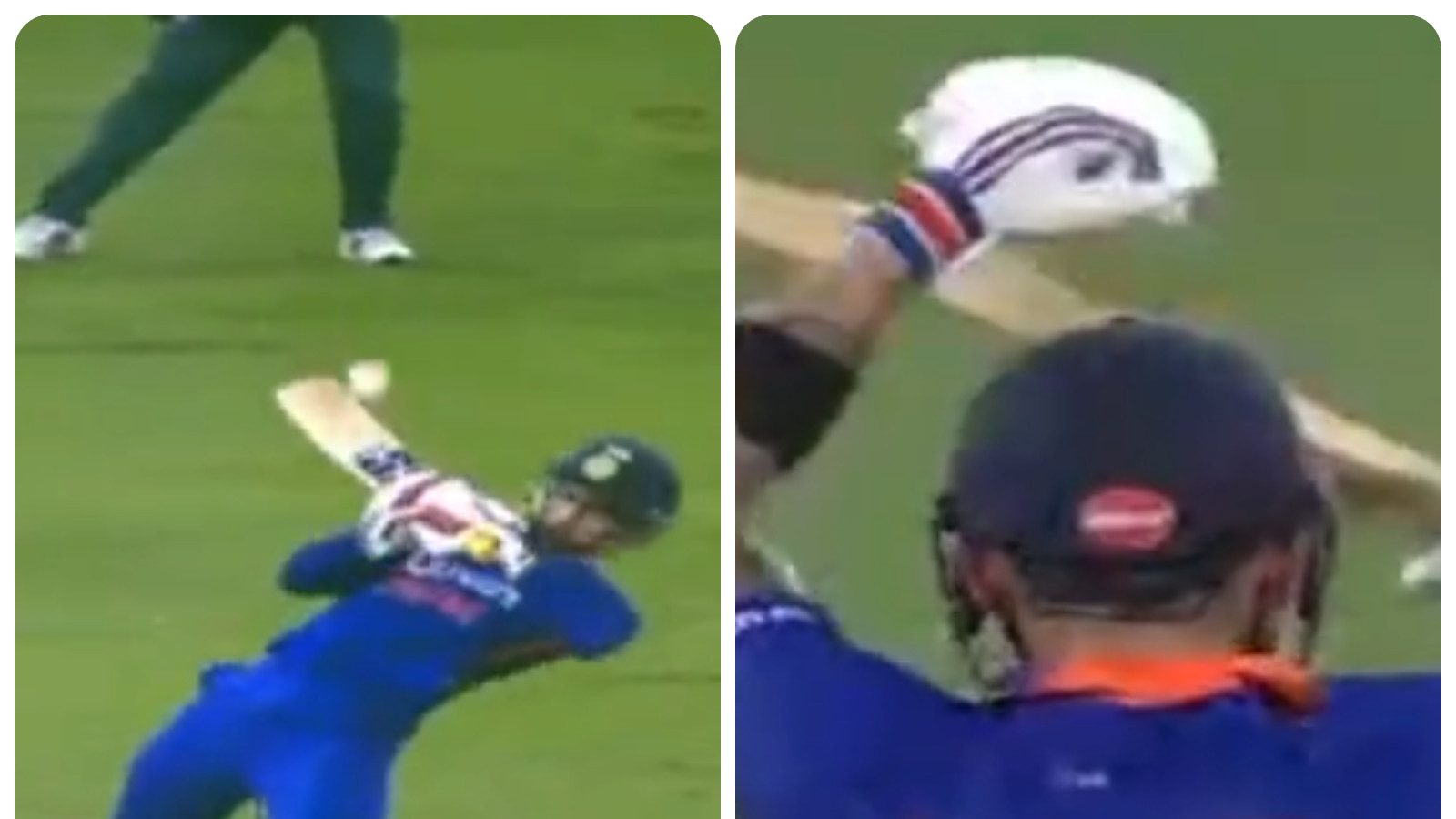 Although Virat Kohli played a splendid inning against Pakistan, he couldn’t help himself from applauding Deepak Hooda’s superb uppercut. The incident happened on the second ball of the 18th over which was being bowled by Naseem Shah. It was a full ball and the bowler crammed him for room where Hooda played a very late uppercut. Meanwhile, Kohli couldn’t stop himself from applauding the shot from the moment it was hit.

As can be seen in this video, which is going viral as of now, Kohli can be seen applauding and soon rushed to the batter to let him know what he felt about that shot. While Kohli finished up scoring 60 off 44 balls, Hooda went onto score 16 off 14 balls.

No Hooda No. You’ll have to explain this shot. pic.twitter.com/Q5SJOWV2ME

The much-criticised top-order batters finally showed what they are capable of as India put up a stiff 181 for 7 against Pakistan in an Asia Cup Super 4 match here on Sunday. Skipper Rohit Sharma (28) and KL Rahul (28) were outstanding in the Powerplay while Virat Kohli (60) gave glimpses of his vintage self by playing one of his most sublime knocks in recent times to take India to a more than respectable total.

What everyone wanted from India’s top-order was a change in mindset and the strike rates of 175 (Rohit), 140 (Rahul) and 136 (Kohli) were a testimony to that. Kohli deserves the maximum credit for the total India achieved against Pakistan spinners, especially leg-spinner Shadab Khan (2/31 in 4 overs), who got important wickets of Rahul and Rishabh Pant (14).

His innings had four boundaries and a six along with his signature running between the wickets where he effortlessly converted ones into twos. Having been pilloried for their go-slow approach in the Powerplay, skipper Rohit signalled his intentions in the very first over when he gave Naseem Shah the charge and got a one-bounce-four over cover point. It was followed by a signature pull-shot for a six.