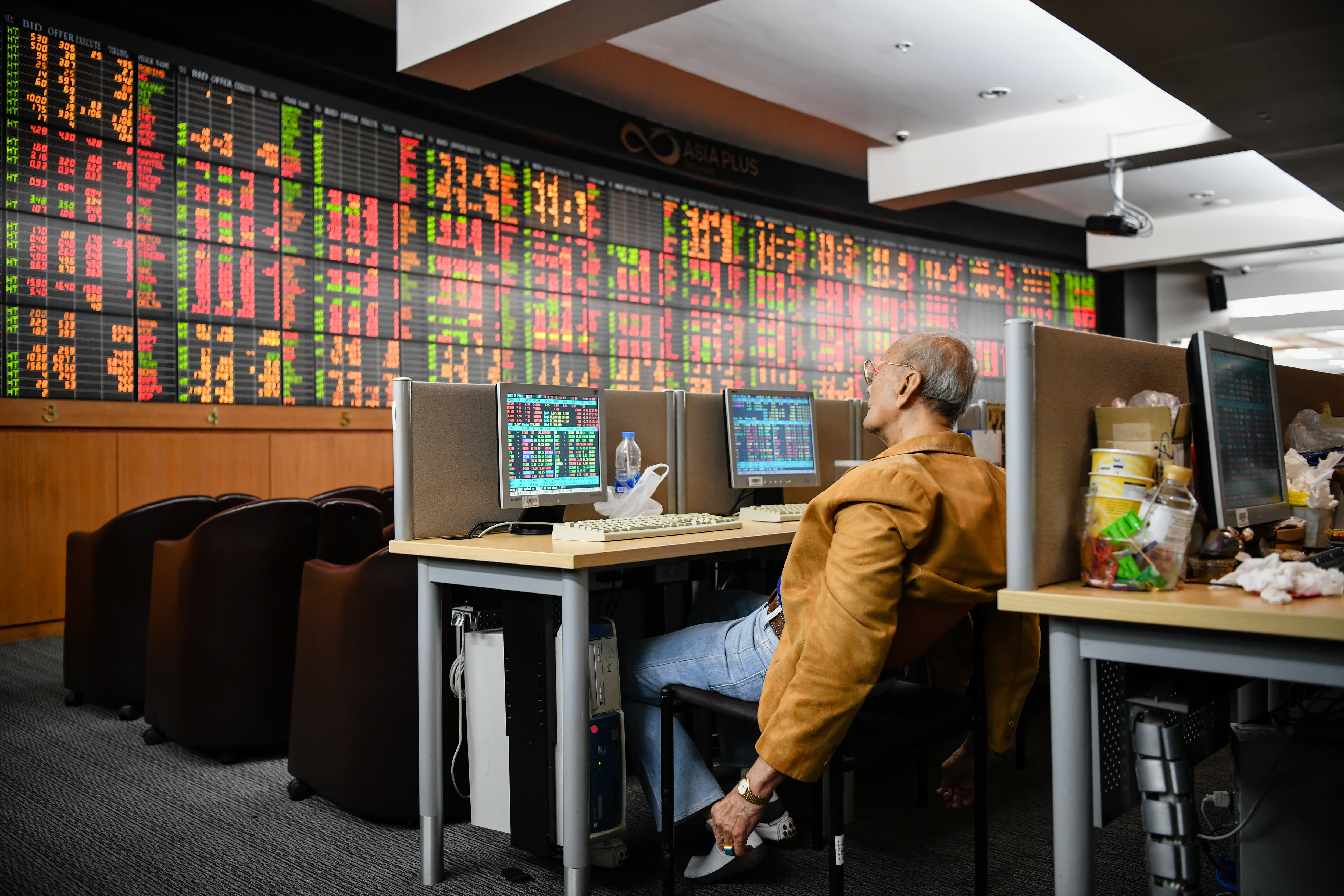 A Thai investor checks an electronic board showing stock prices at Asia Plus Securities amid Coronavirus threats in Bangkok.

The Nikkei 225 advanced 0.89% and the Topix index was up 1.15% as the Japanese market returned to trading following a public holiday on Monday.

In economic news, Singapore’s GDP contracted by 42.9% in the second quarter of 2020 compared to the previous quarter. That sent the Southeast Asian country into a technical recession as large parts of the economy were shut down in early April to slow the spread of coronavirus.

The session in Asia followed Monday gains on Wall Street where the 30-stock Dow Jones Industrial Average rose about 350 points in regular trading, posting its seventh positive session in a row — its longest winning streak since September 2019. The S&P 500 gained 0.2%, sitting just 0.9% below its record high set in February. Meanwhile, the Nasdaq underperformed with a 0.4% loss as investors rotated out of some of the high-fliers.

The U.S. lawmakers sanctioned by Beijing have been vocal critics of a new security law that China imposed on Hong Kong, strengthening its hold over the city.

China’s action on Monday “did little to shake risk sentiment, with any initial nervousness caused by the move quickly unwound,” said Felicity Emmett from ANZ Research in a morning note.

“More pertinent is the meeting at the end of the week between key US and Chinese trade officials on a progress report on the phase 1 trade deal, though here the strong sense is that the Trump administration won’t want to jeopardise the deal this side of the election for fear of alienating the important mid-West farming constituency,” Ray Attrill, head of foreign-exchange strategy at the National Australia Bank, added in a morning note.

The U.S. dollar index, which measures the greenback against a basket of its peers, traded fractionally higher at 93.610. The Japanese yen, also a safe-haven currency, changed hands at 106.06 against the dollar, weakening from levels near 105.30 in the previous week.

This CEO developed what’s been dubbed Asia’s Tesla of scooters. Here are his top tips