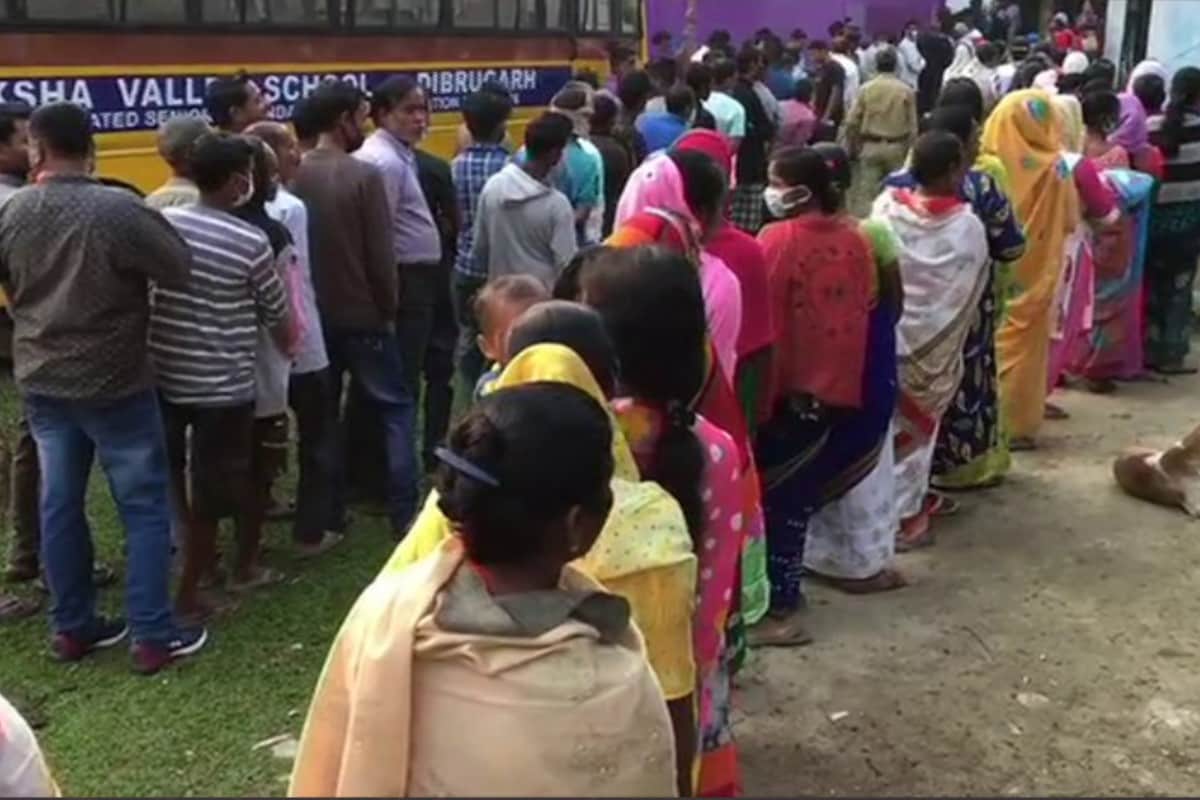 According to information, a company of 92 paramilitary forces personnel will be deployed in Bankura, 144 in Jhargram, 139 in West Midnapore, 169 in East Midnapore and 186 in Purulia. The officers will guard 10,288 polling booths housed in 7,061 premises. Besides, the state police will also be deployed at strategic locations. Another 14 companies of central forces will be used as Quick Response Teams (QRTs), one company for the maintenance of strong room and another two companies will be kept reserved as district and sub-divisional striking force, an Election Commission official said.

The Trinamool Congress is fighting in 29 of the 30 seats, while supporting an Independent in the Joypur assembly segment in Purulia as the nomination of its official candidate Ujjwal Kumar was rejected by the EC due to a discrepancy. The BJP is also contesting the polls in 29 seats, while its ally AJSU Party of Jharkhand fielding a candidate in Baghmundi.

Congress heavyweight Nepal Mahato is the alliance candidate from the seat, even as the Forward Bloc fielded Debranjan Mahato. AJSU Party has nominated Ashutosh Mahato, while the TMC fielded Sushanta Mahato. As per the official seat-sharing arrangements of the opposition alliance, the Left is fighting in 18 seats, Congress in 10 and ISF two. However, ‘friendly fights’ between the Left parties and Congress are on the anvil in some seats, including Baghmundi and Joypur, as negotiations could not be concluded.

Among the other notable seats going to the polls in the first phase are Salboni, where the CPI(M) has fielded former minister Susanta Ghosh against BJP’s Rajib Kundu and TMC’s Srikanta Mahata. Ghosh, the MLA of Garbeta from 1987 to 2016, was in jail in the skeleton recovery case and is at present out on bail. The TMC has fielded actor June Malia, a known face on the Bengali silver screen, from the Medinipur seat against BJP’s Samit Kumar Dash. The Left-led alliance candidate is Tarun Kumar Ghosh of the CPI.

In another significant contest, Santhali actor Birbaha Hansda is fighting on a TMC ticket from Jhargram against BJP’s Sukhamay Satpathy and CPI(M)’s youth leader Madhuja Sen Roy. The seven seats in Purba Medinipur — Patashpur, Kanthi Uttar, Bhagabanpur, Khejuri, Kanthi Dakshin, Ramnagar and Egra — will also be closely watched in a prestige fight between the influential Adhikari family which has gone over to the BJP and the TMC.

Chief Minister Mamata Banerjee campaigned in a majority of the seats going to the polls in the first phase with her nephew and TMC MP Abhishek Banerjee touring the rest, asserting that they would not let Bengal to be ruled from Delhi or Gujarat, in an apparent reference to the BJP and the prime minister. The BJP’s charge was led by PM Narendra Modi who took part in multiple rallies over the last few weeks. Home Minister Amit Shah and BJP’s national president JP Nadda also canvassed the areas, which are marked by the forests and because of that the region is identified as Jungle Mahal.

The BJP has promised a “Sonar Bangla” if it forms government in the state, while the TMC has been campaigning on the works done by the Mamata Banerjee government in the last ten years.In Assam, among others, Chief Minister Sarbananda Sonowal, Speaker Hitendranath Goswami, and Assam state Congress chief Ripun Borah besides several cabinet ministers from the ruling BJP and Asom Gana Parishad, will be in the fray in 47 of the state’s 126 assembly seats.

Most of these seats will likely witness triangular contest between the ruling BJP-AGP alliance, the Congress-led opposition grand alliance and the newly formed Assam Jatiya Parishad (AJP). The state will have three-phase assembly elections on March 27, April 1 and 6.

Altogether 264 candidates, including 23 women, are in the fray. Polling will begin at 7 am and conclude at 6 pm, with the timing extended by an hour to ensure COVID protocols are followed, officials said.

Central forces will assist the state police in maintaining law and order during the polling, a senior police officer said without divulging their numbers. The official said there will be enough security personnel to cover all polling stations. Patrolling has been intensified and strict vigil is being kept in all vulnerable areas.