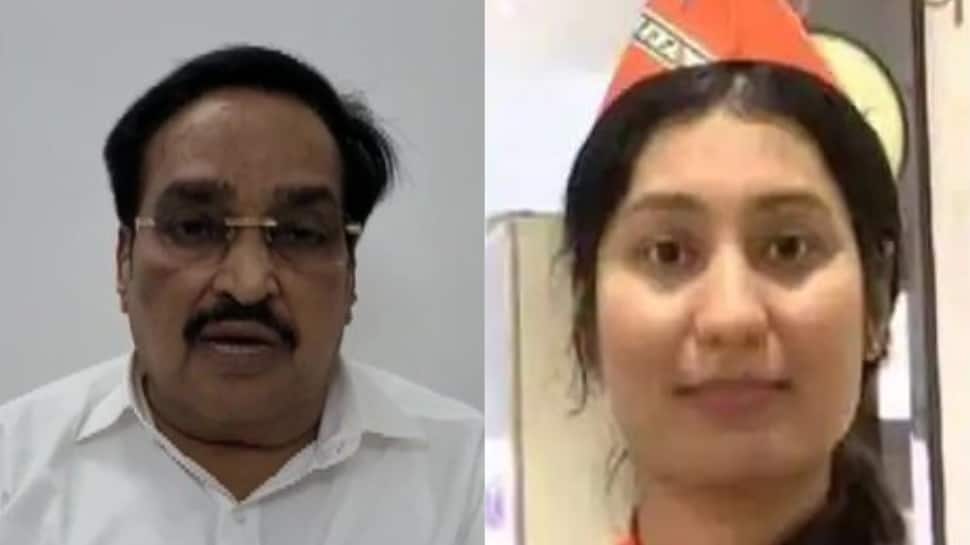 Ahmedabad: Gujarat BJP chief CR Paatil on Thursday, November 17, 2022, defended the allotment of party ticket to the daughter of a convict in the 2002 Naroda Patiya riot case for the next month’s Assembly election and said she is a party worker contesting the polls on merit. The Bharatiya Janata Party (BJP) has fielded Payal Kukrani (30) an anaesthetist and daughter of Manoj Kukrani, who was one of the 16 convicts in the case related to the 2002 post-Godhra riot in the Naroda Patiya area of Ahmedbad district where 97 Muslims were killed. Payal Kukrani is contesting the polls from the Naroda Assembly constituency.

“As per the court order, he (Manoj Kukrani) was convicted and he completed his jail term. His daughter is herself a doctor and is married. When the incident occurred, she would have been 10-15 years of age,” Paatil said.

“She is today capable of contesting the election and winning. She is a party worker. We are making her contest the election on merit,” the BJP leader told reporters when asked about her candidacy.

Responding to Aam Aadmi Party (AAP)’s allegation of abduction of its candidate from the Surat (East) Assembly seat by the BJP and his subsequent withdrawal from race, Paatil stated the Arvind Kejriwal-led outfit should take care of its nominees and not unnecessarily blame the ruling party for the episode.

“They should take care of their candidates. They do not do so, and when their candidate withdraws nomination, they accuse the BJP of abducting him. The BJP does not need to do anything like that. We were going to win that seat with a margin of 25,000 votes, and we will win by that margin now as well (after AAP withdrawal). We do not try to force anyone to withdraw,” he asserted.

On the October 30 Morbi suspension bridge collapse, in which 135 people, including children and women, were killed, Paatil said nobody will be spared for lapses that caused the tragedy.

“The state government will not spare anyone. The FIR (first information report) in the case is clear cut. Action will be taken against those found responsible (for the bridge crash) after an inquiry,” said the BJP leader.

“The people of Morbi know when the incident occurred, the first to reach the site were workers and leaders of the BJP. (Prime Minister) Narendra Modi was in Gujarat at that time. Had he gone there (at bridge collapse site soon after), it could have hampered the rescue operation. Therefore, he sent all three wings of the military from Jamnagar for the rescue operation,” Paatil said.

He said Gujarat Chief Minister Bhupendra Patel and Minister of State for Home camped at the accident site till the rescue operation was completed along with other members of the cabinet. On some rebel BJP leaders filing nominations as independents for the next month’s Assembly polls, Paatil said as per the party’s policy such contestants will be suspended if they fail to withdraw from race.