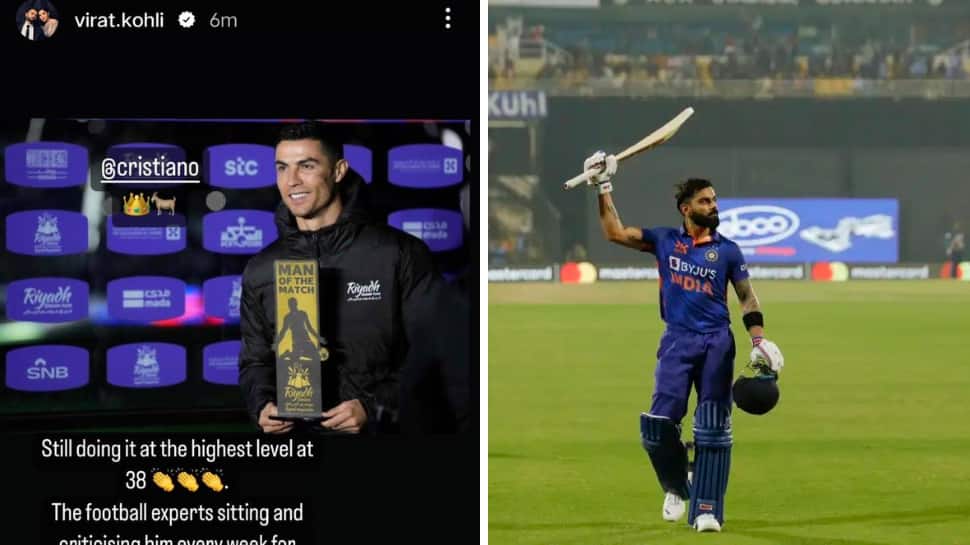 “still doing it at the highest level at 38. The football experts sitting and criticising him every week for attention and to be in the news are conveniently quiet now that he’s put in this kind of performance against one of the top clubs in the world. And he was apparetly finished,” wrote Kohli on his Instagram story.

Ronaldo recently posted an emotional message following Portugal’s exit from the FIFA World Cup. The 37-year-old left the field in tears after Morocco defeated his team 1-0. Later, he said in a statement on Instagram that “the biggest and most ambitious dream” of his career had “ended”. Ronaldo has been getting a lot of negative comments on his recent performances in the Premier League following his exit from Manchester United. The superstar received a lot of criticism for his interview with Piers Morgan as well. (More to follow)