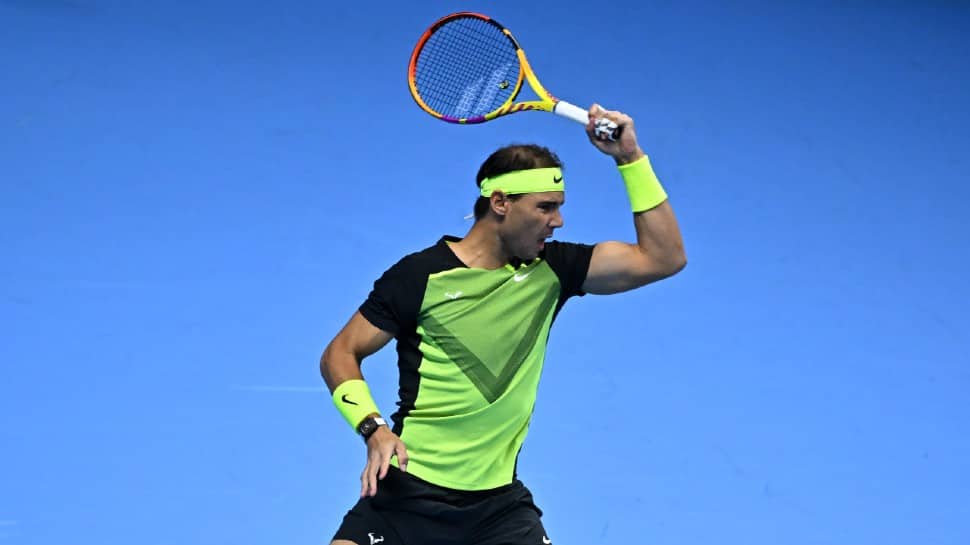 Rafael Nadal’s error-strewn performance on Tuesday (November 15) saw him eliminated from the ATP Finals 2022, missing out once again on adding one of the few major trophies still missing from his glittering list of titles. The top-seeded Nadal lost 6-3, 6-4 to tournament debutant Felix Auger-Aliassime to leave him with two straight group-stage defeats in Turin. That result coupled with a victory for third-seeded Casper Ruud over Taylor Fritz in the later match meant a swift exit for Nadal.

Ruud became the first player to book a spot in the semifinals. It also meant that Carlos Alcaraz is guaranteed to end the year ranked No. 1 and the Spanish player will travel to Turin to attend a special ceremony on Wednesday.

The 36-year-old Nadal has now lost four straight matches for only the second time in his career, following defeats at the US Open and Paris. After starting the season by winning the Australian Open and French Open to take his tally of Grand Slam titles to a record 22, Nadal has played just eight singles matches since having to withdraw from the Wimbledon semifinals with an injury.

“Couple of positive things. I was able to play two tournaments in the past three weeks. That’s the positive thing, something that I was not able to do for a while,” Nadal said. “I don’t think I forgot how to play tennis, how to be strong enough mentally. I just need to recover all these positive feelings and all this confidence and all this strong mentality that I need to be at the level that I want to be.

“I don’t know if I going to reach that level again. But what I don’t have any doubt is that I (am) going to die for it.”

Nadal was beaten by eighth-seeded Fritz of the United States in their opening match on Sunday. The fifth-seeded Auger-Aliassime also lost his opener, to Ruud, and so Tuesday’s match was crucial to both players’ hopes of staying in the tournament.

The turning point came in the eighth game. Nadal was 40-0 up on his serve but two double-faults and a string of errors handed Auger-Aliassime the first break of the match.

Nadal had already wasted four break points, including two in the first game. Auger-Aliassime served out for the set and went on to break Nadal’s serve again in the third game of the second set. The Canadian sealed the match at his first opportunity when Nadal hit a return into the net.

“I wasn’t sure If I would be here one day or if I could only dream of it,” said Auger-Aliassime of his first victory over Nadal in three attempts. “The age difference is huge, and it proves what a champion he is and what an example because he is still here at 36, battling against guys in their young 20s. He is a great champion and has a great attitude.”

Nadal has never won the ATP Finals title in 10 attempts. He finished runner-up in 2010 and 2013. Nadal needed Fritz to beat Ruud in two sets to have any chance of reaching the semifinals and that hope was dashed when the Norwegian won 6-3, 4-6, 7-6 (6).