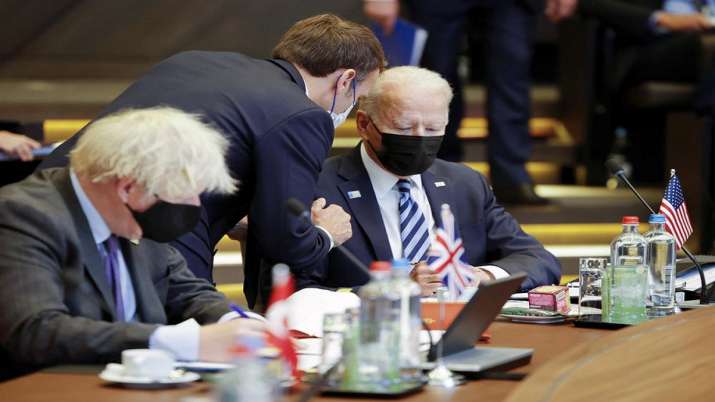 Alliance gives new meaning to political boundaries on physical maps empowering coalitions with political preferences to work together. President Biden does “not seek a new Cold War”, clearly expressing at the UNGA and many other leaders are with Biden, including Indian Prime Minister Modi, where the world divided into two rigid blocks will only limit progress and prosperity to many nations. In reality, Cold War structures will resurrect when the rules-based order is threatened, and robust partnerships are required to maintain the security balance.

President Biden established a more structured alliance, the AUKUS, a week before the first-ever in-person Quad Summit in Washington DC on September 24. AUKUS, the security alliance, will enhance the capability of the US, the UK and Australia on deterrence, an expansion of underwater warfare capabilities of the nuclear-powered submarine fleet to Australia for extended patrols. With more military capacity in Indo-Pacific and substantial naval presence, the like-minded nations in the new security alliance will deter China’s aggressiveness in the South China Sea and the surrounding waters.

Many like-minded nations with democratic values who subscribe to Free and Open Indo-pacific (FOIP) norms will be part of the AUKUS security structure in the future. While the security alliances are usually heavily structured, the primary informal structure with a non-militaristic space will be the Quad which is more informal.

Michael J. Green from the Center for Strategic and International Studies (CSIS) argues, “It’s like a dimmer, not an off-on switche It’s a flexible tool, including who joins. It’s flexible for a Korea or a New Zealand or the UK. If they decide they’re upset with China, they can send a frigate to the next exercise.” The flexibility of the Quad made it easier for nations like Singapore to join military exercises a few years ago with the Quad and many other nations to follow bilateral or trilateral naval exercises to enhance the value of a critical Quad goal, to maintain a free and open Indo Pacific (FOIP).

In the Western diplomatic toolkit, Quad is at the forefront due to the assertiveness of China in the Indo-Pacific from military expansion and stealth economic takeover, ‘strategic trap’ to shackle nations under Chinese ‘BRI’ orbit. “The Quad has come together due to china’s assertive behavioure and economic dependence of some countries”, explains ORF scholar Druva Jaishankar. The Quad is a non-security arrangement due to India’s appeal to leave security out of its core agenda. Focused more on securing supply-chain security, semiconductors and vaccine diplomacy was the primary focus. China was not mentioned during the summit due to the Biden administration’s idea of Quad to project a positive vision towards a vaccine, climate change, critical technologies and not a grouping to contain China.

Soon, parents in China to be held accountable, punished for bad behaviour of children