Home Middle East Australia looks to Canada as it launches inquiry into missing and murdered... 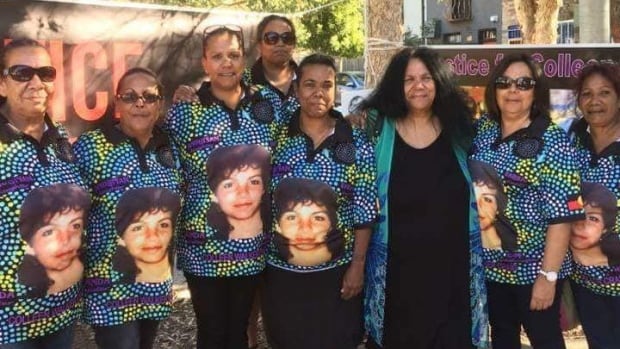 WARNING: This story contains images and names of people who are deceased. Aboriginal and Torres Strait Islander people should be advised. It also contains distressing details of physical and sexual assaults.

Australia will launch an inquiry into missing and murdered First Nations women and children after the country’s Senate voted to form a committee to investigate systemic causes of violence.

The motion to launch the inquiry was brought by Sen. Dorinda Cox and Sen. Lidia Thorpe — both Indigenous women who are senators for the Australian Greens political party. Cox and Thorpe are also both family members of murdered Indigenous women.

These women have never had justice, Thorpe told the Senate when the motion was tabled on Nov. 25.

“No justice, because they weren’t important enough for investigations to happen around those murders.”

Thorpe, a DjabWurrung Gunnai Gunditjmara woman based in Melbourne, said her cousin was killed and dumped on a family member’s front lawn.

Cox, who is a Noongar-Yamatji woman based in Perth, said she is aware of 76 cases of missing and murdered women across the country.

In her home state of Western Australia, Aboriginal people make up 17.5 per cent of unsolved missing persons cases, but only three per cent of the state’s population, according to data collected by the Australian Broadcasting Corporation in 2019.

Cox is a former police officer, but says she sometimes felt powerless in that role.

“I’ve been on the inside of the machinery working and I’ve seen it first-hand, about how the conscious and unconscious bias exists when we’re talking about First Nations people,” she said.

“About the need to make excuses not to investigate particular cases when First Nations people go missing or they are murdered.”

Inquiry to be led by senators

The inquiry will also examine disparities between how deaths of First Nations women and children are investigated and resourced compared with cases involving non-First Nations individuals.

Systemic causes of violence against women and children will also be examined.

Unlike Canada’s National Inquiry Into Missing and Murdered Indigenous Women and Girls, which cost $92 million and ran over three years under the leadership of a purpose-appointed commission, the Australian inquiry will be led by senators.

A budget for the Senate inquiry has not been finalized, but the timeline for the first phase will be six months, with an interim report to be delivered by June 2022. Cox said the Australian Minister of Indigenous Affairs, Ken Wyatt, has been supportive of the inquiry, and she believes they’ll be given the necessary resources.

The federal government promised more funding and First Nations’ input in its action plan two years after the National Inquiry into Missing and Murdered Indigenous Women and Girls, but many advocates say more is needed and sooner. 3:47

Cox visited Ottawa in 2018 to meet with the Native Women’s Association, members of the RCMP and Sen. Kim Pate to discuss the Canadian inquiry. There are parallels between the experiences of First Nations people in Australia and Indigenous people in Canada, she said.

“It reminded me of the colonial system that we operate in, that allows — particularly police — to not hold First Nations lives to the same level and have the same respect for them to be able to investigate fully some of these cases,” said Cox.

The national inquiry in Canada was criticized along the way by families who felt unsupported by the process. Claims of dysfunction also arose after the resignation of key members of the commission.

Cox said the Australian inquiry will consider Canada’s experience as it makes plans for hearings and submissions.

Hannah McGlade, an associate professor at Curtin Law School in Perth, and a member of the United Nations Permanent Forum for Indigenous Issues, said Australia should look to the Canadian inquiry as it considers how best to run its own investigations.

“It’s terrible, really, that Indigenous women’s families felt that they were not being heard, that they were further traumatized and that commissioners also were aggrieved enough to stand down,” said McGlade, who is a Noongar woman.

She recently participated in a research project on Indigenous femicide for Deathscapes, an Australian Research Council project investigating racialized violence.

“Australia is deeply in denial about this issue. Australia wants to think it’s a good country, and Aboriginal people just complain,” said McGlade.

“And it wants to hold on to the stereotypes and abuse of Aboriginal women that it hasn’t even began to unpack yet.”

Family members of missing or murdered women and children have expressed hopes that the inquiry can lead to change, but some are skeptical.

Muriel Craig’s daughter, Colleen Walker, is one of three Aboriginal children and young people from the New South Wales town of Bowraville who went missing or were murdered during a five-month period from 1990 to 1991.

Craig participated in a state parliamentary inquiry into the Bowraville cases, but said it didn’t achieve the level of change she had hoped for. She’s learned not to raise her hopes over developments such as a new inquiry, she added.

“I had so many let downs. I just feel, well I never got anywhere,” Craig said.

“I wish them luck and strength and hope that they do succeed, but I don’t think they will.”

When she reported to police that her daughter, 16, was missing, officers suggested she had just gone “walkabout,” Craig said.

It was several months before police took a statement from her about Walker’s disappearance, she said. In 2016, the New South Wales police service apologized to the families of the Bowraville victims.

“But even though we had all these battles along the way, we still never got anywhere. We’re still back there in that police station, because I still haven’t got Colleen.”

‘They should have been looking for him’

Kathleen Pinkerton is the grand-aunt of Charlie Mullaley, a 10-month old boy who was sexually assaulted and murdered by his mother’s partner, Mervyn Bell, in 2013.

Bell violently attacked the boy’s mother, Tamica Mullaley, in the northern town of Broome on March 19. But it was Tamica who was charged with assaulting police after an altercation that occurred between her and the responding officers.

While she was in hospital that evening, Bell returned and took the child. He sexually assaulted and killed the boy before 2 p.m. the next day.

“Our issue is how she got arrested and why they never looked for the baby,” said Pinkerton, who was Charlie’s nanna in their family structure.

“If that’s their job to protect everybody, they should have been looking for him.”

Charlie’s grandfather had tried repeatedly to alert police that he was in danger on the night he was taken, but they did little to investigate for several hours after he was reported missing.  A Corruption and Crime Commission investigation into the Western Australia Police handling of the incident found multiple failings, including a failure to deal with Tamica Mullaley as a victim of an assault.

Pinkerton, a Widi-Yamatji woman, is skeptical of what the new Senate inquiry can achieve, noting that Aboriginal people have been the subject of many inquiries already.

She’s hopeful it will be done correctly, she said, and “it won’t be just another report that’s ticked a box that’s taken the heat off them, and nothing happens.”

The Mullaley family pushed for an inquest into whether police conduct caused or contributed to Charlie’s death, but it was denied by a Supreme Court judge in July 2020.

Hopes for a standalone plan

Cox said it will be important that the Senate inquiry is led by the right people. She and Thorpe will both be on the investigating committee.

“We’ve advocated for 25 years to have a standalone plan,” said Cox.

Her hope is that the plan will not only improve the response to cases involving Indigenous women and children, but also prevent the violence from happening in the first place.