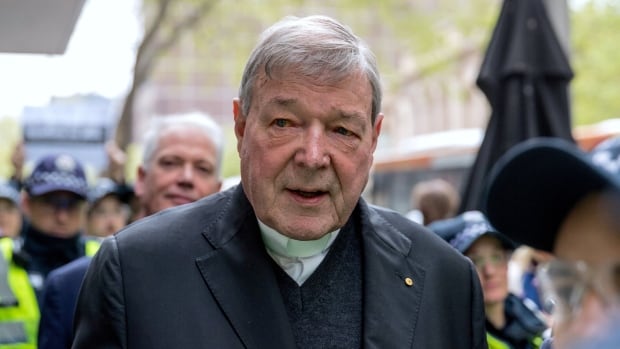 Australian Cardinal George Pell, a leading Catholic conservative and former top Vatican official who in 2020 was acquitted of sexual abuse allegations, died on Tuesday at the age of 81, his private secretary said.

Father Joseph Hamilton told Reuters that Pell died in Rome on Tuesday night. He said the archdiocese of Sydney would be issuing a statement later.

“Cardinal Pell was a very significant and influential Church leader, both in Australia and internationally, deeply committed to Christian discipleship,” he said in a statement on Facebook.

The ruling allowed Pell, then 78, to walk free after 13 months in prison, ending the case of the most senior figure accused in the global scandal of historical sex abuse that has rocked the Catholic Church worldwide.

Pell, a former archbishop of Melbourne and Sydney, served as Vatican economy minister from 2014 until he took a leave of absence in 2017 to return to Australia to face the charges.

He had been living in Rome since his acquittal in 2020. Pell often attended the pontiff’s Masses and Francis praised him publicly after his return.

Even before the sexual assault allegations, Pell was a polarizing figure in the two decades that he dominated the Australian Catholic hierarchy, revered by conservative Catholics but scorned by liberals for his staunch opposition to same-sex marriage, abortion and women’s ordination.

In May 2018, Pell was committed to stand trial on multiple historical sexual offence charges relating to alleged incidents at a pool in his hometown of Ballarat in the 1970s and at Melbourne’s St Patrick’s Cathedral in the 1990s. The so-called swimmers case was dropped after a judge did not allow certain evidence.

Returning from Rome where he had been tasked with cleaning up the Vatican’s finances, Pell denied the allegations but did not take the stand at two trials, the first of which ended with a hung jury. At the re-trial, a jury unanimously convicted him on five charges of assaulting two teenage choirboys at the cathedral when he was archbishop of Melbourne.

Pell was sentenced to six years in jail, becoming the most senior Catholic official worldwide to go to prison for child sex assault. He lost his first appeal and was in solitary confinement for 404 days until Australia’s seven High Court judges unanimously overturned his conviction, saying it was not proven beyond reasonable doubt.

The former choirboy who accused Pell at his trial and was known as Witness J said he understood it was difficult to satisfy a criminal court beyond the shadow of a doubt that child sexual assault offences occurred. The other former choirboy died before Pell was charged.

The son of an Anglican gold miner and a devout Irish Catholic mother, Pell was talented both academically and at sports. At 18, he landed a contract to play professional Australian Rules football and played in the reserves for a club, but later chose to enter the seminary.

He went on to earn a doctorate in church history from Oxford and then became a parish priest in Ballarat.

A burly and imposing figure at 1.9 metres, Pell rose to prominence in the mid-1990s first as archbishop of Melbourne, then archbishop of Sydney in 2001.

Through the 1990s, the church increasingly came under attack for protecting priests and other church personnel who had committed sexual offences and for failing to support their victims.

Pell took pride in having set up one of the world’s first schemes to compensate victims of child sexual abuse in Melbourne. Critics, however, later told a government-appointed inquiry that the scheme was designed to persuade victims not to pursue legal action.

The inquiry, known as a Royal Commission, began in 2013 a five-year investigation into child sex abuse in the Catholic Church and other institutions.

It found the church and other institutions had repeatedly failed to keep children safe with cultures of secrecy and cover-ups. It also found that Pell was aware of child sex abuse by at least two priests in the 1970s and 1980s and had failed to take steps to get the priests removed.

The commission also said Pell should have looked into why Gerard Ridsdale, a priest who was subsequently convicted on more than 130 charges of sexually abusing children, was being moved from one parish to another during the 1970s and 1980s.

Pell told the commission he was unaware of Ridsdale’s offences until his 1993 conviction.

“It’s a sad story and it wasn’t of much interest to me,” he said.